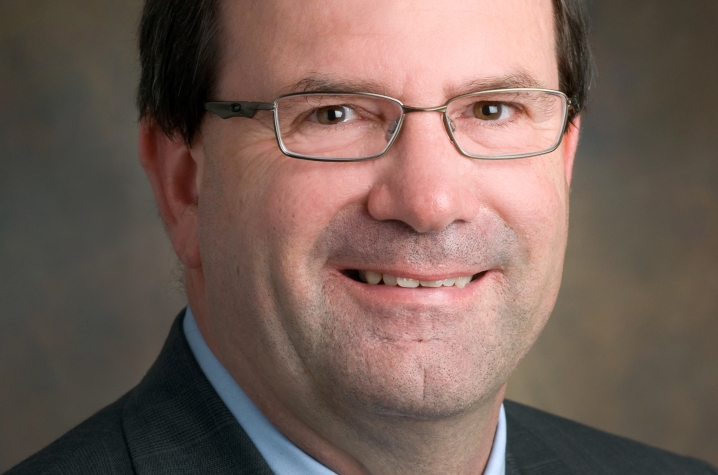 LEXINGTON, Ky. (Oct. 18, 2012) − University of Kentucky College of Pharmacy Dean Timothy S. Tracy was one of 10 scientists to be named an American Association of Pharmaceutical Scientists (AAPS) Fellow for 2012. Tracy received the honor at the 2012 AAPS Annual Meeting and Exposition in Chicago.

AAPS confers the honor of Fellow to recognize individuals for outstanding contributions, which elevate the stature of the pharmaceutical sciences, and for professional excellence in the field relevant to the mission of AAPS.

Tracy received the award for his pioneering pharmacogenetic research. His research seeks to predict the correct dose of a drug for a particular individual based on their genetic profile and known characteristics of the drug. For a given dose of a drug, humans vary widely in their ability to break down and eliminate drugs.

Rather than use trial and error in the individual, his group combines laboratory experiments, the individual's genetic makeup and prediction methods to choose the best dose for an individual patient being treated. In this way, an individual's exposure to potentially harmful drug doses is minimized and the treatment effect is maximized.