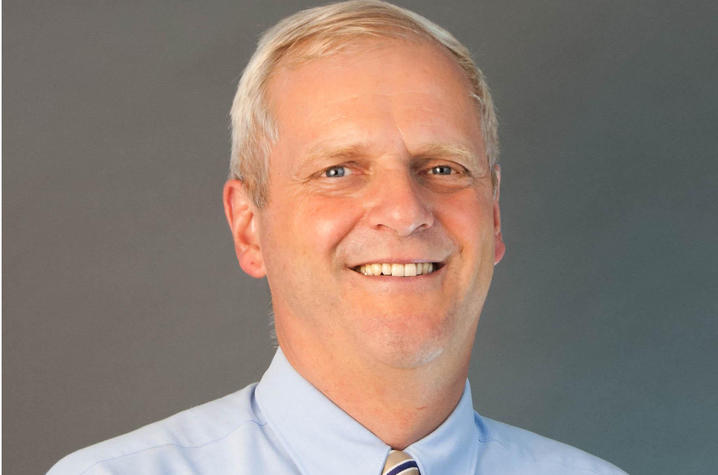 Ole Wendroth will serve as the voice of the international scientific organization and communicate the importance of soil science and serve as a science policy advocate in Washington, D.C. Photo by: Matt Barton, UK Agricultural Communications.

“Ole is deeply committed to soil science and agriculture, and it is wonderful that he has been elected to serve in this national capacity,” said Rebecca McCulley, chair of the UK Department of Plant and Soil Sciences. “His leadership of the Soil Science Society of America brings credit and honor to the missions of our department, college and university.”

As president, Wendroth supports the society’s members by communicating the role of soils and the importance of soil-related science, research and education. He helps maintain the high quality of research-based publications, educational programs and certifications in soil science. He also will continue to serve as one of the society’s science policy advocates in Washington, D.C.

“I am grateful to my colleagues and graduate students, our department, college and university as well as to the Kentucky growers who have been supporting my scientific efforts,” said Wendroth, a professor and soil physicist in the UK College of Agriculture, Food and Environment. “Fostering the advancement of soil science and wise treatment of the land have to be a national priority.”

Wendroth’s research at UK focuses on understanding the transport of water and nutrients through the soil. This research is vital to help farmers efficiently manage these important resources while focusing on the sustainability of agro-environmental systems. In his research and teaching, he has developed new experimental and diagnostic approaches to on-farm research for nitrogen application, irrigation management and solute transport.

He has authored more than 120 peer-reviewed journal articles and has served in various editorial roles for nine academic journals. Since 2013, he has served as one of the editors-in-chief of Soil and Tillage Research, which is one of the top soil science academic journals in the world. Internationally renowned for his research, Wendroth has been an invited guest speaker in many countries and has taught short-courses on new experimental approaches in China, Brazil, Chile, Austria, Ecuador, Spain and the Czech Republic.

He has received numerous awards for his work including being named fellow of both the Soil Science Society of America and the American Society of Agronomy. In 2017, UK named him a University Research Professor. The award recognizes professors for their excellence in research, scholarship and creative endeavors.

For the past year, Wendroth served as the society’s president-elect. In this role, he was a leading organizer of the annual conference of the Soil Science Society of America and, on multiple occasions, emphasized the importance of government support for soil science during congressional visits to Washington, D.C.