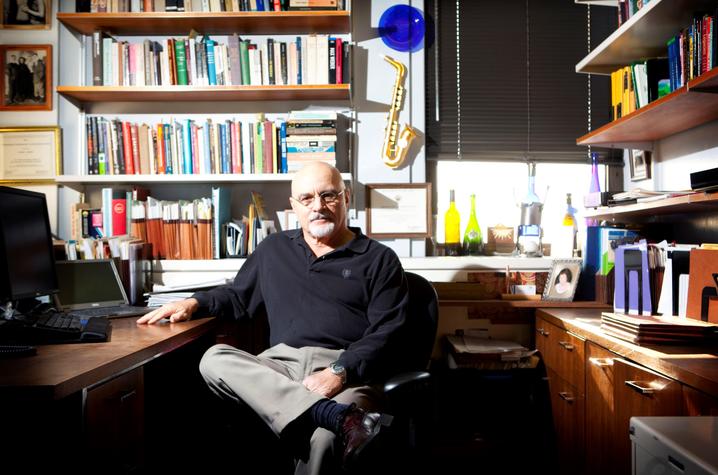 As a professor at UK for more than two decades, Thomas Janoski has made significant contributions to the field of political sociology.

LEXINGTON, Ky. (Jan. 17, 2020) — Thomas Janoski, professor in the Department of Sociology at the University of Kentucky, will celebrate the release of not one but three books this year.

As a professor at UK for more than two decades, Janoski has made significant contributions to the field of political sociology. Some of his previous works include, "Citizenship and Civil Society," "The Political Economy of Unemployment," "The Ironies of Citizenship" and "Dominant Divisions of Labor."

Janoski' s research combines political sociology with economic sociology, while comparing countries and economies over decades and even centuries.

Janoski' s latest endeavors — described in detail below — are a testament to his long-standing dedication to the field.

"The New Handbook of Political Sociology"

Janoski is the lead editor of "The New Handbook of Political Sociology (Cambridge University Press). He also authored three chapters of the forthcoming book.

This volume of "The Handbook" includes six parts: theories of political sociology, the information and knowledge explosion, the state and political parties, civil society and citizenship, the varieties of state policies, and globalization and how it affects politics.

“Unlike the first handbook, I encouraged the authors of the new handbook to survey the field but then take a cutting-edge and even daring approach to their topics on political sociology. This should provide for many debates over the next decades,” Janoski explained.

As part of his effort to reorient sociology’s view toward political economy and work, Janoski has put together two books that take a panoramic but contested view of what he calls the “new division of labor” — lean production.

In “Framing and Managing Lean Organizations" (Routledge), Janoski and Darina Lepadatu examine the significance of lean organizing from two viewpoints. First, they look at how different disciplines view lean production in positive and negative ways. Second, they look at four groups of similar corporations — Toyota and Honda; Ford, Nissan and McDonalds; Nike, Apple and Google; and Walmart, Costco and Amazon — and how they implement lean production.

According to Janoski, there are three levels of lean production: Nikeification, Toyotism and Waltonism. “In whatever form, lean production has taken the place of Fordism as the new dominant division of labor," he said. "But each of the three forms has its own strengths and weaknesses."

"The International Handbook of Lean Production"

"The International Handbook of Lean Production" (Cambridge University Press) will involve the top authors in the fields of theories of lean production and the diverse industries that use this technique.

"We were fortunate to get some of the top scholars in the field. For instance, James Womack and Daniel Jones were the authors of the bestselling 'The Machine that Changed the World.' And we also have one chapter featuring the True Lean Program at UK," Janoski continued. "Particularly interesting chapters deal with lean production in accounting, government, law, services and software.”

“After this burst of activity,” Janoski said, “I’ll take a rest and then work on my last book — 'A Synthetic Theory of Political Sociology.'"