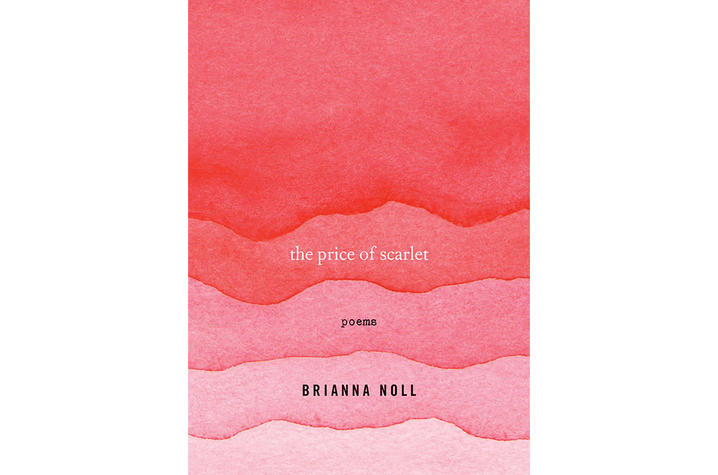 "The Price of Scarlet: Poems" by Brianna Noll

LEXINGTON, Ky. (Oct. 13, 2017) — University Press of Kentucky (UPK) author Brianna Noll’s collection of poetry, “The Price of Scarlet,” has been named a finalist for the Chicago Review of Books Awards for exemplary work in the field of poetry collections.

The Chicago Review of Books partners with the Chicago Independent Bookstore Alliance each year to recognize the best books published by Chicago-based authors in the past 12 months. The other finalists in poetry include “A People’s History of Chicago” by Kevin Coval, “Electric Arches” by Eve Ewing, “Civilization Makes Me Lonely” by Jennifer Nelson, “The Nightlife” by Elise Paschen and “Perception” by Christina Pugh.

In her debut collection, “The Price of Scarlet,” writer Brianna Noll fuses the scientific and fantastic, posing probing questions that explore the paradoxes of experience. Obscuring the line between what is literal and what is figurative, Noll interweaves themes of creation, art and nature, giving voice to real and imagined figures such as woolly mammoths, star-nosed moles, cells, Mylar balloons and puzzle boxes.

Collectively, the poems draw significantly on Japanese culture and language in their imagery, with cultural nuances and implication embedded in words and expressions. Her work offers way of seeing the world that exceed our lived experience, begging the reader to consider how far we are willing to go when faced with roadblocks, doubts and uncertainties.

“The Price of Scarlet” is the second book published in the University Press of Kentucky New Poetry and Prose Series, sponsored by Centre College and edited by Lisa Williams, author of “Gazelle in the House.” The inaugural book of the series, “Insurrections: Stories” by Rion Amilar Scott, won the 2017 PEN/Robert W. Bingham Prize for Debut Fiction.

The 2017 Chicago Review of Book Awards will be presented to the winners at Volumes Bookcafe during an awards ceremony scheduled for Dec. 1, at 1474 N. Milwaukee Ave. in Chicago, Illinois.

Noll is a postdoctoral fellow in teaching and mentoring in the Honors College at the University of Illinois at Chicago. In 2013, she helped found the literary magazine, The Account: A Journal of Poetry, Prose, and Thought, for which she serves as poetry editor. Her poems have appeared in numerous journals and magazines, including the Georgia Review, 32 Poems, Kenyon Review Online, Passages North, Puerto del Sol and Salt Hill.