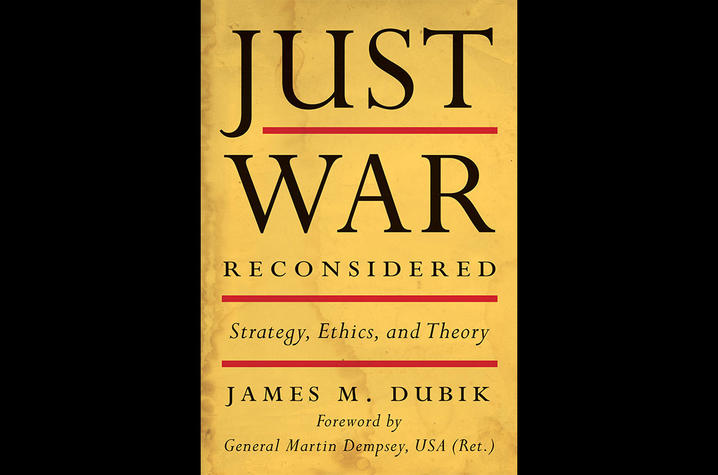 “A course of personal study and contemplation is an essential component for the individual development of every Army professional. … The books on this list can sharpen our understanding of strategic land power as an instrument of national power, the indispensable role of ethical leadership, and the extraordinary demands of land combat,” said Army Chief of Staff Gen. Mark Milley.

“A retired soldier, general and scholar,” the report about the reading list states, “Dubik combines study and personal experience to address the shortcoming he finds in the literature on military ethics. In particular, he argues that both political and military leaders are accountable for the planning and execution of war and addresses the issue of the morality of pursuing strategies that cannot achieve war aims. He also offers five principles for waging just wars in the modern era.”

By applying moral philosophy, political philosophy and strategic studies to historical and contemporary case studies, Dubik reveals inaccuracies that have previously informed literature on military ethics. The product is a sobering reassessment on the fundamental truth that war risks the lives of soldiers and innocents as well as the political and social health of communities. Dubik offers new standards to evaluate the ethics of warfare in the hope of increasing the probability that the lives of soldiers will not be used in vain and the innocent not put at risk unnecessarily.

“Just War Reconsidered” is part of UPK’s Battles and Campaigns series sponsored by the Association of the United States Army. The series includes military land power and land warfare history, combat, strategy and tactics, and general defense issues as they relate to important battles and campaigns throughout history.

Originally published in July of 2016, “Just War Reconsidered” is scheduled to be released in paperback in March 2018.

Retired Army Lt. Gen. James M. Dubik is professor of the practice and director of teaching at Georgetown University’s Security Studies Program. He held the Omar Bradley Chair of Strategic Leadership from 2012 to 2013, a position cosponsored by Dickinson College, Penn State Law School and the U.S. Army War College. He is coauthor of “Envisioning Future Warfare.”

UPK is the scholarly publisher for the Commonwealth of Kentucky, representing a consortium that includes all the state universities, five private colleges, and two historical societies. The press’ editorial program focuses on the humanities and the social sciences. Offices for the administrative, editorial, production and marketing departments of the press are found at the University of Kentucky, which provides financial support toward the operating expenses of the publishing operation through the UK Libraries.