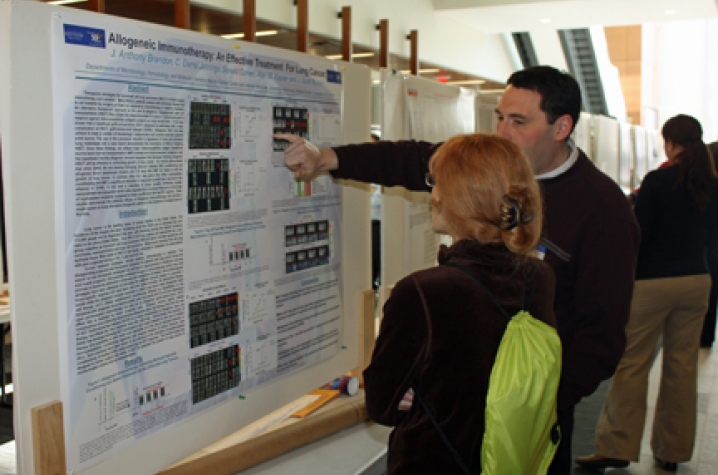 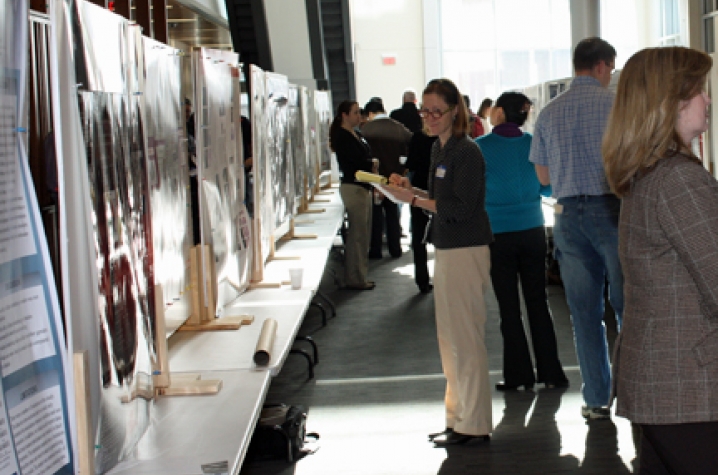 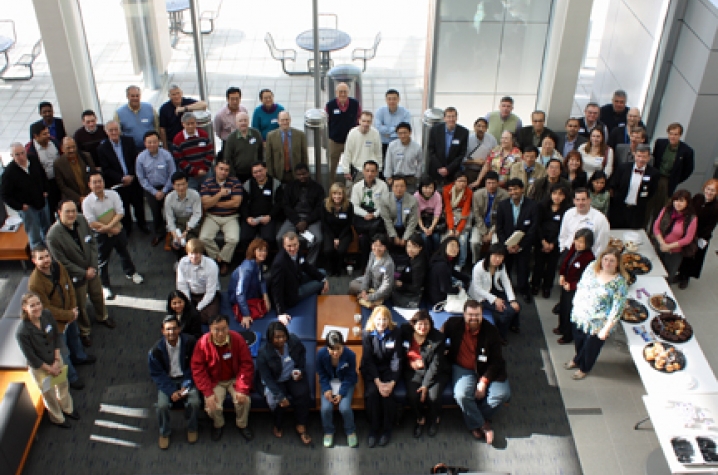 LEXINGTON, Ky. (April 8, 2010) — More than 70 lung cancer researchers from the University of Kentucky and the University of Louisville participated in a joint retreat on lung cancer on March 27, sponsored by the Kentucky Lung Cancer Research Program (KLCRP).  The event was hosted by UK and took place in the university's brand new College of Pharmacy Building.  A similar retreat was held last year in Louisville.

The retreats are aimed at developing joint research projects involving faculty from both institutions, said Dr. Lewis A. Kelly, associate director for administration for UK's Markey Cancer Center.  As many as five major projects could be funded at a level of up to $300,000 each to enhance the impact of lung cancer research carried out through the KLCR program, Kelly said.

The retreat featured a poster session in the morning, with dozens of presentations by clinical and basic science faculty from UK and UofL, as well as by graduate students and post-doctoral scholars involved in lung cancer research at both schools.   An afternoon plenary session was dedicated to discussing opportunities for joint projects.