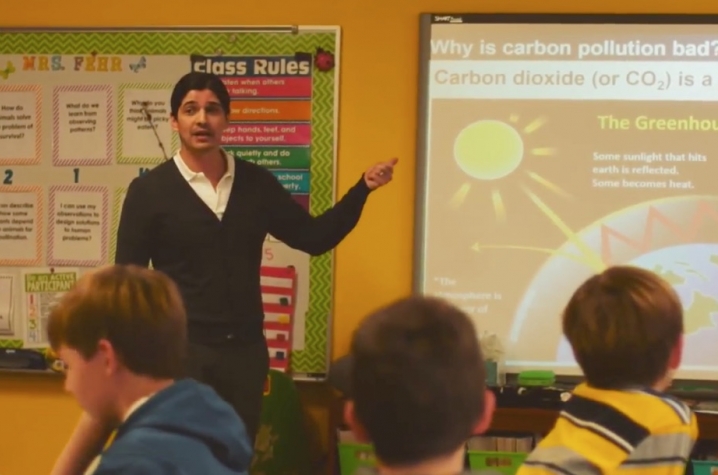 LEXINGTON, Ky. (April 7, 2016) — Much has been reported about the lack of students in the science, technology, engineering and mathematics (STEM) pipeline across Kentucky and the nation.

Changing those statistics has been an on-going national challenge — a challenge in which the University of Kentucky Center for Applied Energy Research (CAER) has taken a leadership role.

The following video showcases how the UK CAER 101 program is helping to inspire the next generation of scientists at Yates, Cassidy and Russell Cave elementary schools here in Fayette County.

Helping to inspire those elementary students are current UK student participants in UK's Broadening Participation in Engineering (BPE) program, which is sponsored by the National Science Foundation. UK's BPE program is a collaboration between UK CAER and UK's College of Engineering and seeks to inspire traditionally under-represented students to pursue leadership opportunities in STEM fields.

"Mentoring opportunities are available to incoming African-American, Hispanic or Native American engineering students at both the undergraduate and graduate level," said Eduardo Santillan-Jimenez, a research scientist at UK CAER and director of the BPE Mentoring program. "The BPE program has really allowed UK to engage in a unique mentoring opportunity for UK scientists. It also has allowed our students an opportunity to help build a pipeline of STEM learners in our community."