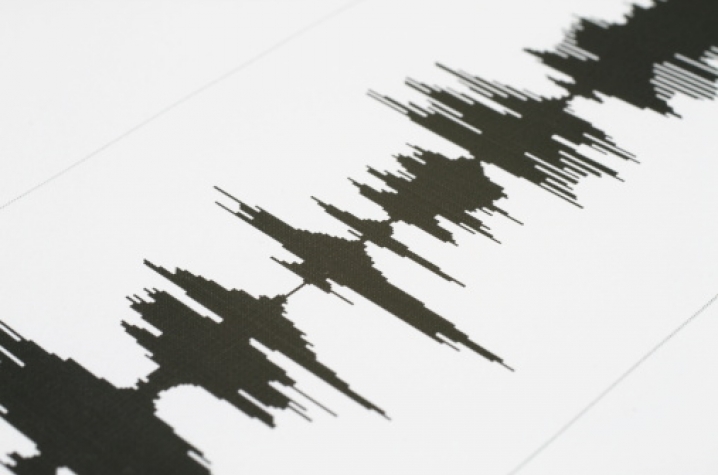 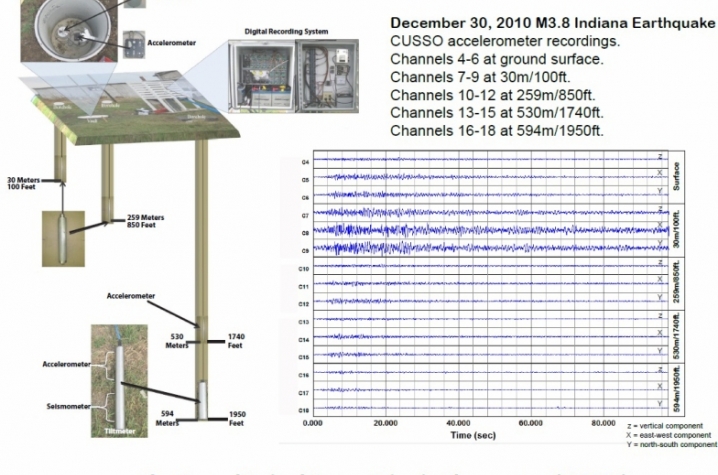 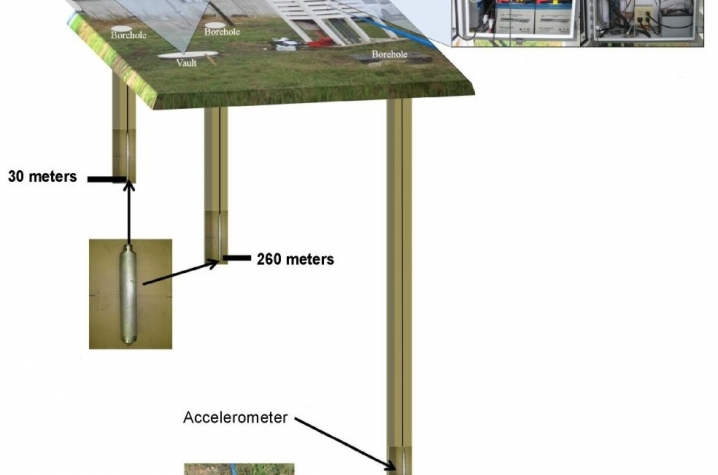 LEXINGTON, Ky. (Jan. 18, 2011) - A new array of seismic instruments installed in a deep hole in rural Fulton County, Kentucky, is now operational and providing valuable data on earthquake activity in the central U.S.

The instruments have been installed in a four-inch diameter, steel-cased borehole which was drilled 1,950 feet deep to bedrock at Sassafras Ridge by the Kentucky Geological Survey (KGS), based at the University of Kentucky. The new vertical array is dubbed the Central U. S. Seismic Observatory (CUSSO) and joins the 25 other seismic monitoring stations in the Kentucky Seismic and Strong-Motion Network (KSSMN) operated by the KGS. CUSSO is the deepest seismic observatory in the eastern half of the U.S.

"Data collected will help geologists and engineers better define the earthquake hazard in the region," said KGS geologist Zhenming Wang, who coordinated the development of CUSSO with Ed Woolery of the UK Department of Earth and Environmental Sciences. "Finding out more about the nature of the earthquake hazard will have an important effect on economic development in the region, because data collected by the observatory will be used to insure that building codes and construction practices are appropriate for mitigating potential earthquake damages in the region."

Drilling of the borehole was completed in late 2006. KGS and its partners then applied for funding to build and install the instruments. When funding was secured, seismic instruments were built by EENTEC of St. Louis and VLF Designs of Jackson, Mo., for the observatory. Three-component accelerometers, which detect strong ground motions, are situated 1680 feet and 1948 feet deep in the borehole, while a seismometer measuring medium-period motions at 1949 feet, and an inclinometer was placed at the bottom. At the surface, an additional seismometer and accelerometer are housed in a vault. A digital recording system and wireless internet connection are also at the site to gather and send data to KGS scientists in Lexington. Two other shallower holes containing seismic instruments were already located at the site.

"This observatory will gather information from earthquake waves in the New Madrid Seismic Zone and other active zones in the Midwest as they propagate to the surface," says KGS Director and State Geologist Jim Cobb. "In some cases the ground shaking intensifies as the waves move upward through unconsolidated sedimentary layers typical of western Kentucky geology."

The five partners involved in the project have committed a total of $295,652 with a substantial amount of the funding coming from the U.S. Department of Energy through the Kentucky Research Consortium for Energy and the Environment. The other three partners on the project include the UK Department of Earth and Environmental Sciences, the Kentucky Geological Survey and the U.S. Geological Survey.