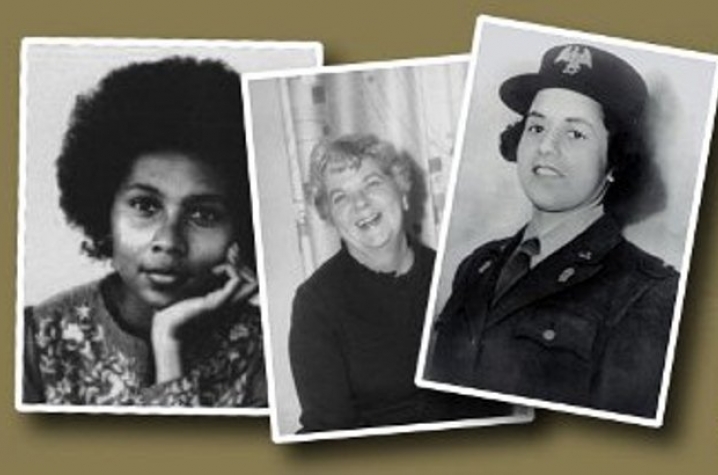 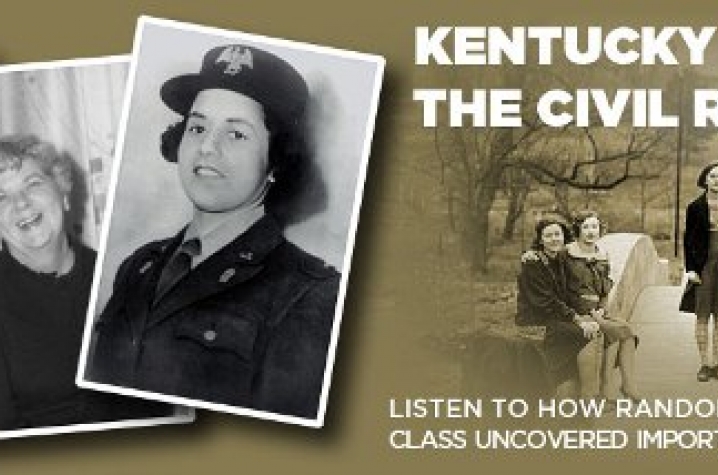 LEXINGTON, Ky., (March 21, 2012) - Students in professor Randolph Hollingsworth's research seminar expanded the boundaries of a typical history class as they examined the complexities and influences of Kentucky civil rights era women. By participating in digital dialogues, contributing to online databases and engaging in community service, the students experienced history by thinking outside the book.

"We don't have many scholarly books covering the wide-ranging history of women in Kentucky," Hollingsworth said. "One thing that we've found is that women are simply absent in many historical records. Sometimes it's a willful absence, and people choose not to include them. But then other times, it's just neglect."

The course aimed to begin filling this historical void. Students served as history-detectives, acquiring information from community leaders, local archivists and historians from across the U.S., to accumulate relevant information never analyzed concurrently.

With expert guest-speakers like Kentucky State Historian James Klotter, who challenged the students to seek out more about women in existing archival collections across Kentucky, and director of the Louie B. Nunn Center for Oral History, Doug Boyd, who trained the students how to conduct interviews, the course prepared students to conduct research independently.

"Multiple people were really critical to planning and executing the course," said Hollingsworth. "A big part of the story lies in the collaborations beforehand.  But the most important aspect, I think, was finding a way to use open educational resources to support and publish the students' findings. Reinette Jones, over in the library, was instrumental in the effort to keep their research and digitization work of high quality."

Jones, oral history librarian and creator of the Notable Kentucky African Americans Database, collaborated with Hollingsworth, sharing insight into which resources the course could use to create a digital environment to house student research. Also wearing the hat of an administrator, Hollingsworth sought a platform that other colleges and universities could access for teaching, learning and continued research purposes.

This commitment laid the ground work for a further collaboration with H-Net, an online community that fosters interdisciplinary research and intellectual exchange among scholars. Mark Kornbluh, dean of the College of Arts and Sciences, previously served as executive director of the scholarly society, and Hollingsworth currently serves on the H-Net advisory council.

"Academic networks like H-Net allow faculty members and students to connect in meaningful ways," Kornbluh said. "It democratizes higher education. When you connect in this way, titles aren't important, the quality of ideas is important. I was very pleased that this collaboration was possible."

The students began blogging their findings on 20th century Kentucky women and bookmarking notable online research in the free social network, Diigo. They developed and debated historical interpretations of the primary sources they found and engaged in both online and classroom discussions.

To view the webpage and journal entries, click here.

"As a class, we all began to understand that finding stories about women in the civil rights era was limited," said history senior Angela Pulley. "Public leaders and figures were the extent. Dr. Hollingsworth challenged us to seek out the women who comprised 'community bridges.' To find them we searched for Women's Club organizations, community theaters and churches, and we started asking questions."

To further address the absence of Kentucky women in scholarly sources and databases, the course required each student to write a general knowledge Wikipedia article about a Kentucky woman or women's movement that the website did not already cover, and submit it to Wikipedia.

After creating a new Wikipedia category: The History of Kentucky Women, the website published the majority of the students' work.

"Given that many of our younger generations turn to Wikipedia for their general knowledge, it was horrific to me that some of our most famous women were nowhere in Wikipedia," Hollingsworth said. "For many students it was a difficult project, maintaining a neutral tone, ensuring it was 100 percent factually-based and showing it was based on other documents that have been published. But as scholars, I think we should be looking at what our youth are using, and Wikipedia's initiative for higher education is just starting to catch fire."

History senior Cody Taylor focused his Wikipedia article on Lena Madesin Phillips, a woman from Nicholasville and the first woman to graduate from the University of Kentucky Law School in 1917. She graduated at the top of her class, which included all men.

"The project really allowed history students to open up a new box, or to approach research and history as a whole from a different perspective," Taylor said.

The second large project involved community outreach and service learning. Students had to investigate the history of specific communities, accumulate information from primary sources, and finally present their findings to the communities that they investigated. They recorded findings in their digital narratives.

Pulley's group engaged with the Midway Women's Club. After the students presented the details of the project, the club gave them pictures, stories of community projects and scrapbooks. They also interviewed several members and incorporated their oral histories into the larger narrative.

When Pulley's group presented their collection and findings, the club responded with a standing ovation.

"For some students, this project was also very challenging," Hollingsworth said. "They are accustomed to turning in a paper, but have they ever turned in a paper to the person they're writing it about? That's kind of awesome."

The course also included a series of four lectures, components of "The Race Dialogues," sponsored by the African American Studies and Research Program. Hosted at the Martin Luther King, Jr. Cultural Center, the dialogues facilitate discussion surrounding controversial topics. The particular series, titled "Sisters in the Struggle," brought in notable Kentucky women, such as Senator Georgia Powers, with whom students got to speak and interact.

Hollingsworth will teach this course again in fall 2012, as a component of the UK Honors Program.

Pulley and Taylor both said that they regarded the class as instrumental to their education in history.

"The actual process of meeting people to interview and researching oral histories was an excellent experience that displayed an entire other level of history and ways that historians conduct research," Taylor said. "It was enlightening, intriguing and valuable."

To listen to a podcast, produced by the College of Arts and Sciences, in which Hollingsworth disucusses the course, click here.