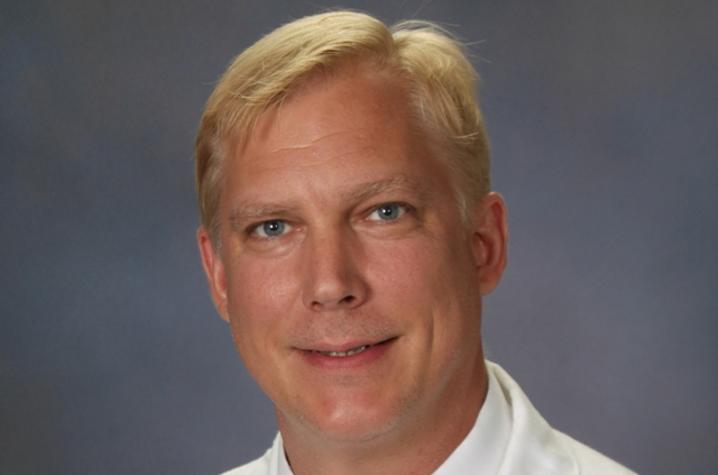 LEXINGTON, Ky. (May 12, 2010) – An investigational (non-FDA approved) treatment, Immune Globulin Intravenous (IGIV), which utilizes naturally occurring antibodies in human blood, has preserved the thinking abilities of a small group of mild-to-moderate Alzheimer’s patients for more than 18 months and significantly reduced the rate of brain atrophy. The research study was conducted at the New York Presbyterian Hospital/Weill Cornell Medical Center and the results were presented at the American Academy of Neurology (AAN) annual meeting in Toronto in mid-April.

An important next step, a Phase 3 research study of IGIV, called The Gammaglobulin Alzheimer’s Partnership (GAP) Study, is now under way throughout North America. Locally, the study is being conducted at the University of Kentucky Sanders-Brown Center on Aging and UK Alzheimer's Disease Research Center in Lexington.

“The cognitive and functional outcomes and neuroimaging results from this 18-month Phase 2 study clearly support continued evaluation for Alzheimer’s disease in a larger number of patients,” said Dr. Paul Aisen, director of the Alzheimer’s’ Disease Cooperative Study at the University of California, San Diego, one of the study’s sponsors. “The important next step is to fully enroll and complete the ongoing Phase 3 study in hopes of confirming the Phase 2 findings and fully understanding the potential benefit in AD.”

The Phase 2 study used Gammagard Liquid and Gammagard S/D for Alzheimer’s produced by Baxter Healthcare. The same products are being used in the Phase 3 Gap Study.

“IGIV is being evaluated as a possible treatment for AD because of its known antibodies to beta-amyloid, thought to be the major element of amyloid plaques in the brains of people with AD,” said Dr. Greg Jicha, the research study’s principal investigator at the UK Alzheimer's Center. “IGIV is not approved by the Food and Drug Administration (FDA) for treating AD but is FDA approved in the U.S. and other countries for treating immune deficiency and autoimmune disorders. It has been around for a long time and has an excellent safety record.”

Jicha also is an assistant professor of neurology in the UK College of Medicine.

Dr. Norman Relkin, director of the Memory Disorders Program at New York Presbyterian Hospital/Weill Cornell Medical Center and principal investigator of the Phase 2 study, reported at the AAN that patients who received IGIV once or twice a month for 18 months had significantly lower rates of ventricular enlargement (6.7 percent vs. 12.7 percent per year) and less whole brain atrophy (1.6 percent vs. 2.2 percent per year) than control subjects who initially received the placebo. Relkin’s findings were based on two independent analyses of brain-imaging data from 20 patients who underwent serial MRI scans during the Phase 2 study of IGIV for Alzheimer’s disease (AD).

The brain of a typical AD patient shrinks three to four times faster than a healthy equivalent older adult due to the accelerated brain cell death. Shrinkage of brain tissue causes the fluid-filled ventricles at the brain’s center to enlarge at a faster rate than normal. Changes in the size of the brain and ventricles can be measured accurately by analyzing results from two or more MRI scans at intervals of several months apart. The unprecedented reductions in these measures after IGIV was administered in the Phase 2 study may indicate that IGIV exerts a disease-modifying effect that the current generation of AD treatments do not.

Relkin found that rates of brain shrinkage were independent of the subject’s age, gender and brain volume at the beginning of the study but strongly correlated with IGIV dose and the clinical outcomes after 18 months of intervention. The research team also found that patients who responded best to IGIV did not measurably decline over 18 months, plus had an average rate of brain shrinkage and average rate of ventricular enlargement comparable to the rate of normal elderly adults.

“A dose related effect of an Alzheimer’s intervention on brain ventricular enlargement has never been seen before, and it suggests that IGIV may be sparing brain tissue,” said Dr. James Brewer, a neurologist and assistant professor in the neurosciences department at UCSD.

Dr. Diamanto Tsakanikas, a neuropsychologist at Presbyterian Hospital/Weill Cornell Medical Center, conducted cognitive testing of the Phase 2 study participants while blinded to whether the patients received IGIV or placebo. Her testing revealed that AD patients who received uninterrupted IGIV for 18 months showed significantly less decline in their overall function and thinking abilities than AD patients who were initially given the placebo.

The pivotal Phase 3 stud,y now under way at the UK Alzheimer's' Center, is funded by Baxter and National Institutes of Health (NIH) through the Alzheimer’s Disease Cooperative Study (ADCS).

The Phase 2 study was supported by Baxter Healthcare, the Citigroup Foundation and The Clinical Translational Science Center of Weill Cornell Medical College.

For further information on the Phase 3 research study, go to www.GAPSTUDY.com or http://www.alzheimers.org/clinicaltrials/fullrec.asp?PrimaryKey=282.

For more information about the UK Sanders-Brown Center on Aging, go to www.mc.uky.edu/coa.