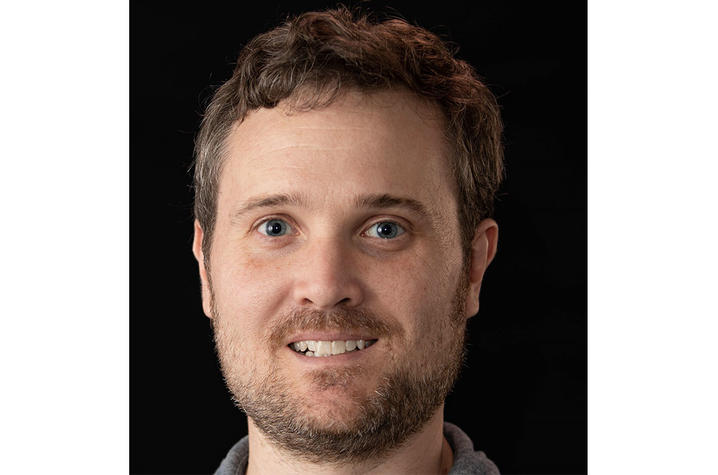 LEXINGTON, Ky. (Jan. 3, 2020) —​ One of the strongest aspects of the University of Kentucky's teaching faculty is their numerous research ventures that further their field. Nathaniel Stapleton in the UK College of Arts and Sciences' Department of Mathematics is one such faculty member. He recently received two grants for “new tools in chromatic homotopy theory,” a project funded by the National Science Foundation (NSF).

The awards include an NSF standard grant and a grant from the United States-Israel Binational Science Foundation. The first provides summer research funding with support for a graduate and undergraduate student as well as travel funds. Undergraduate students will be able to assist with the project in the UK Math Lab, a space for undergraduates to work in small groups with faculty members on original research projects and visualization projects involving 3D printing and artistic representations of mathematical objects.

The second grant is a joint grant with Tomer Schlank at the Hebrew University of Jerusalem.

“The grant provides summer funds for graduate students at Kentucky and also funds for travel between Lexington and Jerusalem,” Stapleton said.

Stapleton met Schlank at Massachusetts Institute of Technology where they both worked as postdocs. Since then, they have collaborated on several successful projects, and this grant will link funding between Stapleton and Schlank’s graduate students.

Stapleton received his bachelor’s degree at Wheaton College in Illinois, double majoring in math and computer science. During his senior year, he studied abroad for a semester in Hungary with the Budapest Semesters in Mathematics program.

“That program was quite influential for my career,” Stapleton said. “It certainly influenced me to apply to go to grad school in mathematics.”

From there, he completed his graduate education at the University of Illinois at Urbana-Champaign, receiving his doctorate in 2011. Despite the large math department there, Stapleton found it difficult to find an advisor in the specific field he thought he wanted to study.

After years exploring various mathematical areas, Stapleton ended up working with Charles Rezk, one of the world’s leading algebraic topologists.

“I took a lot of courses during my first two years as a graduate student and stumbled upon my advisor, Charles Rezk, when he taught the commutative algebra course,” Stapleton said. “The fact that we began our mathematical relationship in commutative algebra rather than algebraic topology is reflected in essentially all of my work.”

Before coming to UK in the spring of 2018, Stapleton served as a Moore Instructor at MIT, a postdoctoral fellow at the Max Planck Institute for Mathematics in Bonn, Germany, and a postdoctoral fellow at the University of Regensburg in Regensburg, Germany. Past Moore Instructors include John Nash, the main character in the movie “A Beautiful Mind,” and Jim Simons, the multibillionaire founder of the hedge fund Renaissance Technologies.

“There is a great topology group in the math department at UK, so it was a natural fit for me to end up here,” Stapleton said.

Stapleton’s research position at UK allows him to explore new research programs, including his recent NSF project. The germ of the project began in his doctoral thesis and evolved into developing a subarea of algebraic topology called “transchromatic homotopy theory.”

According to Stapleton, chromatic homotopy theory organizes mathematical objects called cohomology theories by associating a natural number called the "height" to a large swath of them.

"There is a complex and mysterious relationship between cohomology theories of a fixed height and two areas of math called ‘arithmetic geometry’ and ‘differential geometry,’" Stapleton said. "My project explores these relationships and suggests new tools for making them precise."

With these two grants, Stapleton will be able to fund his graduate students, allowing them to work on research in the summer and also visit his global network of collaborators.

“There are specific theorems that I would like to prove,” Stapleton said. “I hope that my collaborators and I succeed in proving a few of them!”