LEXINGTON, Ky. (Jan. 23, 2017) — At first blush, most would not think that the Weisenberger Mill and the University of Kentucky have much in common.

Perhaps, that is what makes this unique partnership so, well, powerful.

These two Kentucky icons have been serving the people of the Commonwealth since 1865 but it was a recent collaboration that has brought these two institutions even closer together.

Weisenberger Mill is a small, family-owned business in Midway, Kentucky. Located on the South Elkhorn Creek, Weisenberger Mill manufactures flour and cornmeal to create a suite of about 60 different products. Six generations of Weisenbergers have operated the mill at its current location.

The reason August Weisenberger, a German immigrant, chose that location to start his milling operation was because of the Elkhorn. The creek has powered the mill’s twin turbine since the 1800s.

In the 1980s, Weisenberger Mill hired David Brown Kinloch, president of Shaker Landing Hydro Associates, to work on the turbines. It was Kinloch’s first hydroelectric installation in Kentucky, and his experience working with the Weisenbergers left a favorable impression.

Hydro technology continued to evolve over the years, and when Kinloch had a vision for a next-generation of power generation, he immediately thought of his first install.

That was until Kinloch, Weisenberger Mill and the UK Center for Applied Energy Research (CAER) decided to partner on this pioneering initiative.

“We received a U.S. Department of Energy (DOE) grant to install a variable speed generator at Weisenbeger Mill,” Kinloch said. “This is a technology that was developed by the wind industry and most wind turbines use this same technology. But it’s never been tried by the hydro industry, and DOE was very interested in us trying it here, on a small demonstration scale.”

CAER assisted in writing the DOE grant for the project and CAER’s Jim Neathery analyzed data on the project to verify if the new generator was beneficial.

Kinloch noted that he hoped that the new generator would increase efficiency by 10 to 15 percent. Suffice to say, he and Neathery were blown away by the results.

The results have been so positive, Kinloch said that his company is in the process of installing the new technology on four new larger hydroelectric plants they are building at existing dams on the Kentucky River.

He said the project would not have been possible without the assistance from CAER.

“The Department of Energy didn't have any question about what the results were because we had UK CAER crunching the numbers,” Kinloch said. “Their trustworthiness is iron clad, and that credibility is what the Center for Applied Energy Research really gave this project." 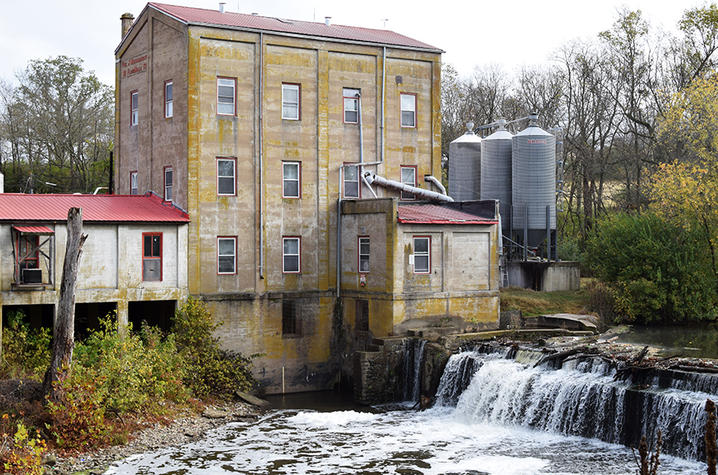 Weisenberger Mill is a small, family-owned business in Midway, Kentucky. Located on the South Elkhorn Creek, the mill manufactures flour and cornmeal to create a suite of about 60 different products.