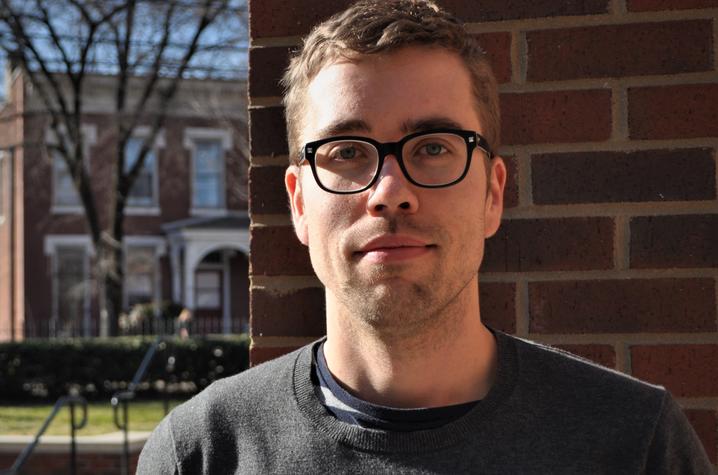 LEXINGTON, Ky. (June 17, 2019) — Discipline and how it is administered in schools across the U.S. continues to be a hotly debated topic. Now a University of Kentucky doctoral graduate’s expansive research on the subject has been published in the Journal of School Psychology and is gaining widespread attention from teachers, administrators and researchers.

Albert Ksinan, who earned his doctorate from the Department of Family Sciences, in the College of Agriculture, Food and Environment last year, is principal investigator on the study and completed the most comprehensive analysis of the topic to date while still at UK. Currently a postdoctoral fellow in the Department of Psychology at Virginia Commonwealth University (VCU) in Richmond, Ksinan is lead author on the paper, “National Ethnic and Racial Disparities in Disciplinary Practices: A Contextual Analysis in American Secondary Schools.”

The project analyzed how ethnicity and race are associated with school exclusionary discipline practices, which refer to students being removed from school as a form of punishment. Previous studies have found ethnic and racial disparities in the rates of school disciplinary actions, where ethnic and racial minority students (particularly African-American youth) were found to be overrepresented among students who are disciplined.

“Exclusionary discipline can be particularly harmful during adolescence, because in many cases, it leaves adolescents without any real possibility to finish high school,” Ksinan said. “Given that adolescence is the developmental period associated with the highest rate of delinquent behaviors, it is can be argued that school expulsion during this ‘window of vulnerability’ leads to an increased risk of engaging in substance abuse and violent crime, and an associated increased likelihood of contact with the juvenile justice system.”

The data for the project included the aggregate of all U.S. public middle and high schools collected in 2013-14 by the U.S. Department of Education’s Civil Rights Data Collection (CRDC). It is the most comprehensive study thus far to provide estimates of ethnic/racial discrepancies in who gets disciplined for seven ethnic/racial groups (African-American, Asian, Native American, Hawaiian, Hispanic, two or more races, or white), with a dataset including almost 16,000 middle schools and more than 18,000 high schools, representing more than 22 million adolescents. Furthermore, the study assessed whether certain school characteristics (school size, percentage of students receiving free or reduced lunch, ethnic/racial diversity of the student body, whether the school is urban/suburban/rural, the U.S. region in which the school is located) affect the rates of exclusionary discipline practices as well as the ethnic/racial discrepancy.

There was a result that surprised the researchers, according to Ksinan.

“Schools in the Midwest had significantly higher rates for most disciplinary measures as compared to Southern schools,” he said.

With a focus on ethnic/racial discrepancies, the study provides evidence of systematic differences in how school disciplinary actions are applied. If African-American students and students indicating two or more races are at increased risk for being expelled, they can also be at increased risk for a variety of problematic consequences.

Ksinan said he hopes this research is instrumental in providing renewed impetus to the broader discussion on disciplinary actions and practices in America's middle and high schools.

Co-authors of the study are Alexander T. Vazsonyi, John I. & Patricia J. Buster Endowed Professor of Family Sciences at UK; Gabriela Ksinan Jiskrova, also a UK doctoral graduate in family sciences and now a postdoctoral fellow at VCU’s School of Social Work; and James L. Peugh, associate professor of pediatrics at the University of Cincinnati.