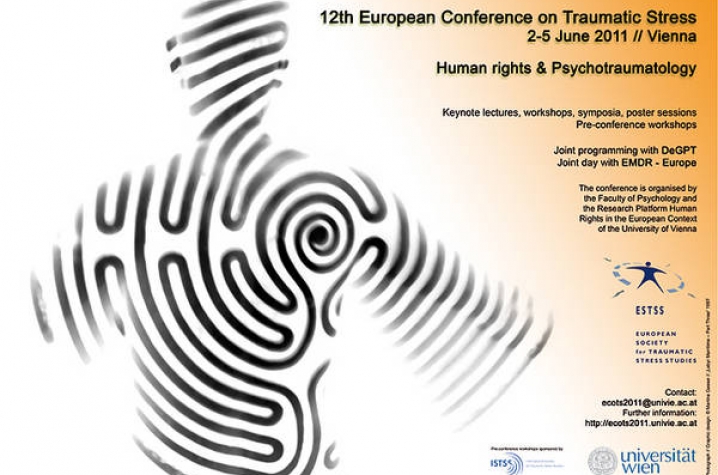 LEXINGTON, Ky. (Sept. 26, 2011) — The effects of trauma on a child's life and well-being are internationally recognized, but the differences in trauma outcomes for boys and girls are less well-known.

Ginny Sprang, the Buckhorn Professor of Child Welfare and Children’s Mental Health at the University of Kentucky and director of the Center on Trauma and Children, presented her latest gender-based trauma research at the European Conference on Traumatic Stress Studies in Vienna on June 3.

"In terms of epidemiological research, work in Europe is parallel to that of the U.S.," Sprang said. "Europeans take a broad perspective on child trauma and tend to be innovative in their approach to the assessment and treatment of traumatic stress."

Sprang and her colleagues Carlton Craig and Michele Staton-Tindall measured and compared the trauma scores of girls and boys at baseline, at three and six months into treatment, finding that girls had higher rates of post-traumatic stress disorder (PTSD) when they arrived into treatment than boys do.

After three months, both boys and girls were improving significantly, but the girls were still suffering more. After six months, gender differences remained, but the gap between PTSD scores in girls and boys narrowed.

"The majority of treatment gains were realized in that first three months," Sprang said.

One of the reasons for the gender differential during the first three months of treatment may have been related to the different types of trauma that girls are exposed to, according to Sprang.

While Sprang's research breaks new ground in understanding the role that gender plays in trauma treatment, many questions remain.

"We see some similarities in how adults and children respond to trauma exposure” Sprang said. "But we really have a lot to learn in terms of how children at different developmental stages experience and report symptoms, and how they will respond to different treatments at various points in time. Some of the tools that are commonly used to measure traumatic stress symptoms in younger children are not developmentally sensitive enough, and we see problems with underreporting of symptoms in children who have been traditionally considered old enough to self-report."

Even within the field of child psychotherapy, studies have demonstrated consistent patterns of recovery in children suffering from conduct disorders and depression. "But the way children respond to trauma treatments seems to differ from response patterns noted in the general child psychotherapy literature," Sprang said.

The nature of the trauma exposure is often an important determining factor in how children will respond to treatment.  For example, children adversely affected by interpersonal trauma in their family might have continued exposure to their perpetrator, unless the court terminates the parent’s rights. "These kids can't always protect themselves," Sprang said. "A child may be forced into visitation with the perpetrator, so they are being re-exposed and retriggered on a regular basis, which complicates the treatment."

The next step for Sprang and her team is to find out exactly why girls are taking longer to recover in treatment than boys "One of the issues we're interested in is how the characteristics of the therapist or the intervention may impact the way that boys and girls receive trauma treatment"  Sprang said.

Most of the available child traumatic stress treatments are not gender-specific. "At the Center on Trauma and Children, our role is to adapt interventions to be sensitive to gender, culture, trauma type and/or real world application," Sprang said. “Making these adaptations, and ensuring the essential elements of the intervention stay intact is an example of the translational work we do at the center, and one of the biggest challenges to the field of child trauma treatment and research".

Conference proceedings from Sprang’s presentation at the European Conference on Traumatic Stress in Austria will be published in a supplement to the European Journal of Psychotraumatology.