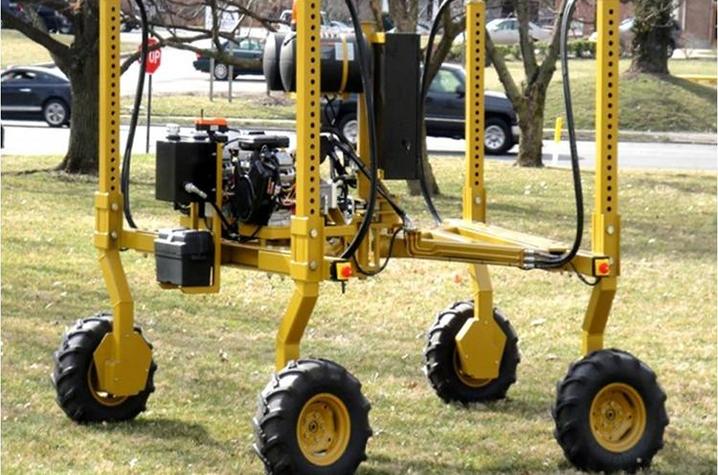 LEXINGTON, Ky. (March 26, 2019) — When autonomous machinery becomes available, grain producers who adopt it would likely see economic benefits, but only if the machinery is not cost prohibitive, according to a University of Kentucky College of Agriculture, Food and Environment study.

While autonomous technology, such as driverless tractors, is not commercially available in the U.S. yet, it could be soon. Several companies have developed prototypes, and the technology is already in use in large-scale grain production in Canada. Using information from a UK Department of Biosystems and Agricultural Engineering-developed autonomous vehicle prototype, agricultural economist Jordan Shockley found the price range at which the technology is affordable for Kentucky producers. His findings recently were published in the academic journal Precision Agriculture.

“Rarely does economics influence the initial development of a technology, but this is the case with autonomous machinery,” said Shockley, assistant professor in the UK Department of Agricultural Economics.

To compare autonomous vehicles to conventional ones, Shockley developed a multifaceted model that looked at the cost of the entire production process and its variabilities for a 2,100-acre grain farm in Western Kentucky.

Shockley found that Kentucky grain producers could receive an average net return increase of 24 percent when using the technology in place of conventional field equipment. The increase would come from reduced input costs and yield increases due to reduced soil compaction. If the prototypes become commercially available, they would reduce soil compaction because they are smaller than conventional equipment.

“Autonomous machinery has a potential place in large-scale grain crop production, but it could be potentially even more profitable for producers farming less than 500 acres due to the smaller size of the machinery,” Shockley said.

However, producers will not be able to realize benefits from autonomous machinery if they cannot afford to purchase the technology. The 24 percent increase in net returns did not include the cost of purchasing the autonomous controls, which are the most expensive component of the technology. In further analysis, Shockley found that the break-even price for a producer to purchase a tractor with the capability for autonomous controls would be $26,000 for only the tractor. For a producer operating 2,100-acre farm, the break-even price for the autonomous controls could be as high as $160,000 when potential yield and production efficiency benefits are included.

The study was funded in part by a grant from the U.S Department of Agriculture’s Cooperative State Research, Education and Extension Service.