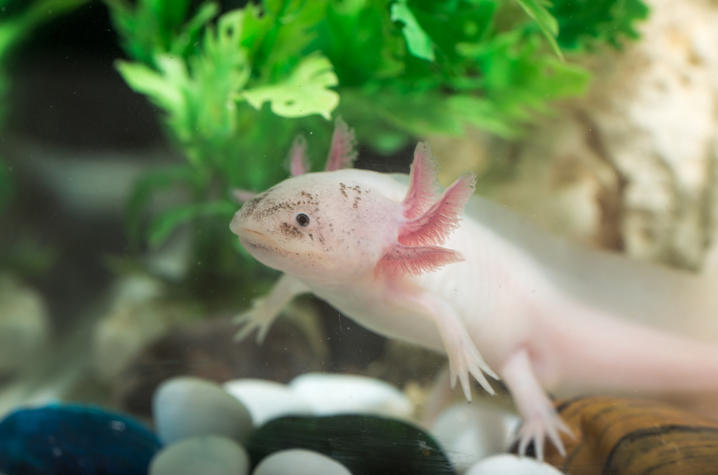 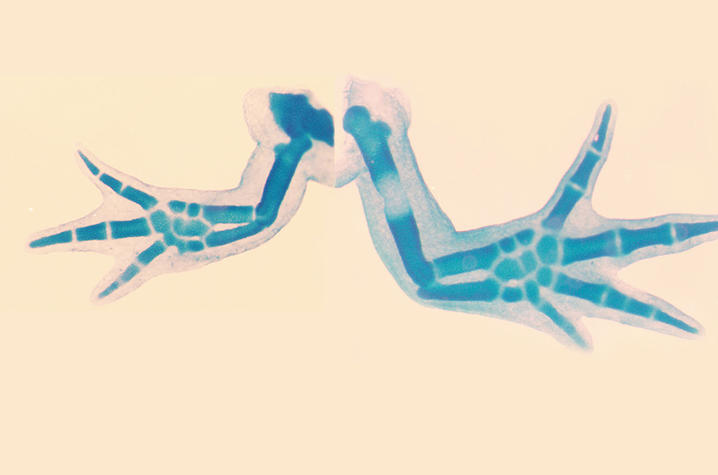 LEXINGTON, Ky. (Oct. 10, 2019) — A new paper by University of Kentucky researchers was recently published in the journal eLife, offering new insights and implications into the study of limb development and the evolution of vertebrate limbs.

Sruthi Purushothaman, a biology doctoral student in the UK College of Arts and Sciences and lead author of the study, examined how forelimbs develop in the axolotl, a type of salamander originally from Mexico. The study presents new information showing how salamanders develop limbs in a strikingly different manner compared to frogs, chickens and mice.

Most four-limbed animals (known as tetrapods) develop forelimbs as embryos in response to two major cell-signaling centers. These centers are called "the zone of polarizing activity" (located in what's known as the limb bud mesenchyme) and "the apical ectodermal ridge” (located at the tip of the limb in the overlying ectoderm). Both of these centers release signaling molecules that act on limb bud cells to control growth and patterning as the limb takes shape. The zone of polarizing activity produces a molecule commonly referred to in the science community as "Sonic hedgehog," or Shh for short. The apical ectodermal ridge produces another group of signals called fibroblast growth factors, or Fgfs.

“The cross-talk between these two centers/signaling molecules is what drives limb bud outgrowth," Purushothaman said.

While older studies indicated that salamander embryos did not have an apical ectodermal ridge (suggesting that these amphibians' limbs may form differently to other tetrapods), contemporary research has treated salamander limbs like those of other tetrapods, such as chicks and mice.

"The integrative model for limb development is based on classic studies in chicken and mouse that do not regenerate their limbs," Purushothaman said. "We asked if this model could be extended to axolotls that not only lack a morphological signaling center but also have the ability to regenerate lost limbs.”

The new experiments by Purushothaman et al. showed that, along with lacking an apical ectodermal ridge, axolotls did not produce Fgfs normally found in this tissue. Instead, Fgfs were only found in the limb bud mesenchyme. The team also found that Fgfs played a different role during salamander limb development than previously reported in other tetrapod embryos. However, the pattern and function of Shh activity in the axolotl limb bud was similar to that previously observed in chicks and mice.

“We found that all the apical ectodermal ridge-specific Fgfs surprisingly reside in the limb mesenchyme during limb development which coincides with previous limb regeneration studies," Purushothaman said. "Upon functional inhibition we found that these Fgfs were not important for limb bud outgrowth although their role during regeneration awaits functional testing."

The new findings show that not all limbs develop in the same way and open up questions for evolutionary biologists regarding the evolution of limbs. Future studies that examine limb development in other animals that regenerate tissues, such as other amphibians and lungfish, will help answer these questions.