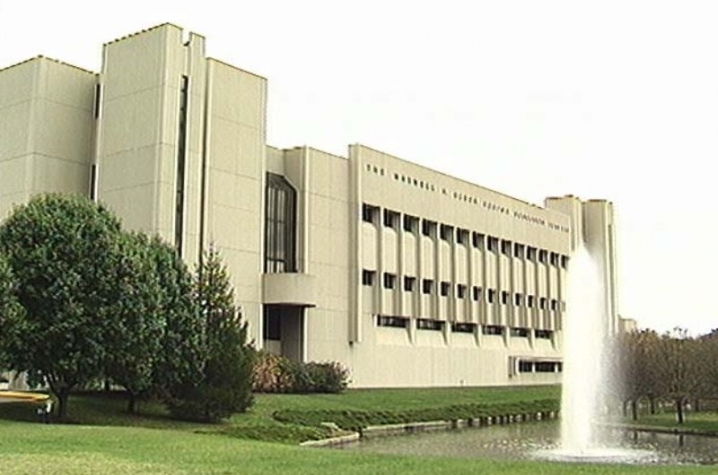 LEXINGTON, Ky. (Sept. 29, 2010) – Six of the 10 major vaccines to protect against equine infectious diseases was created at the University of Kentucky’s Maxwell H. Gluck Equine Research Center. But, that’s not the only major research accomplishment the world-renown Gluck Center has contributed to the equine and veterinarian fields.

The 81,000 square foot facility on Nicholasville Road is the only scientific institute in the United States with nearly all faculty conducting full-time research in equine health and diseases.

“Since its establishment in 1987, the Gluck Center has endeavored to build upon and enhance the historical reputation of the Department of Veterinary Science in the field of equine diseases,” said Peter Timoney, the Frederick Van Lennep Chair in Equine Veterinary Science at the Gluck Center, former Gluck Center director and former chair of the department of veterinary science. “Much has been accomplished in the intervening years, all primarily focused on improving the health and well-being of the horse and the economic betterment of the equine industry.”

Researchers at the College of Agriculture’s Gluck Center have had an international impact on equine research including:

“The Gluck Center has a rich tradition in serving the equine industry in research that has improved the health and well-being in horses,” said Dr. Mats Troedsson, director of the Gluck Center and chair of the department of veterinary science at UK. “Landmark discoveries have been made in vaccine research and production, sequencing of the equine genome, parasite control, and reproductive management.”

“Major emphasis has been placed on making the Gluck Center one of the preeminent equine research institutions in the world based on the quality of its varied research programs and the expertise and international reputation of its faculty,” Timoney said. “Over the years, the center has served as a clearing house for information especially on how best to prevent and control some of the most economically damaging equine diseases.”

The mission of the Gluck Center is scientific discovery, education and dissemination of knowledge for the benefit of the health and well-being of horses.

“As the only scientific institution in the U.S. that has faculty working full-time on equine health issues, the Gluck Center will continue to play an important role in the horse and veterinary communities for many more decades,” Troedsson said.

For more information on the Gluck Center, visit http://www.ca.uky.edu/gluck.