A true hero of UK, Esias Bedingar's ultimate goal is to eradicate malaria in his home country of Chad.

LEXINGTON, Ky. (May 3, 2018) — For many people, graduating from college and landing that first job is the ultimate goal. For University of Kentucky senior Esias Bedingar, his ultimate goal is a little bigger — he wants to eradicate malaria in his home country of Chad.

“It’s a big issue, with so many consequences on the economy and social aspect of the Chadian population,” Bedingar said. “I really want to combine my clinical and research experiences together to try to do something about it.”

While seemingly impossible to some, those who know Bedingar know this goal is not out of his reach. The native French speaker knew absolutely no English when he came to UK from N’Djamena, Chad in 2014. Now, he is graduating with a bachelor's degree in public health from the UK College of Public Health (with a minor in neuroscience) and will begin the master of public health program in global health and population health at Harvard University this fall. After Harvard, he plans to attend medical school.

Bedingar first came to UK because of his father, Touba Bedingar, who earned master’s and doctoral degrees in agricultural economics from UK 30 years ago.

“It’s thanks to UK that my father became successful,” Bedingar said. “I hope to be as successful as he is right now. Getting a degree here at UK means a lot to me. I came here with no English, now I’m graduating from college here at UK, and I’m going to Harvard. It’s just like a dream.”

Bedingar spent his first semester at UK in the English as a Second Language (ESL) program. After that, he officially began his UK coursework. While he knew he eventually wanted to go to medical school and study the brain, he also wanted to find a way to combine medicine with population health. After a visit home to Chad in 2016, his goals became even more clear.

“The prevalence of malaria in Chad is 30 percent, and 40 percent of all deaths in Chad are due to malaria,” he said. “So I said, ‘I think I can do something about it.’”

It was then Bedingar founded Motocross for Malaria, a nongovernmental organization that provides antimalarial treatments and educational materials to people in rural areas of Chad.

“Right now, we’re working on prevention, specifically developing booklets in order to educate people on how to protect themselves from malaria using mosquito nets and other kinds of malaria vector controls,” he said. “Motocross for Malaria fills my heart with joy because I can dream of a better country. Eradicating malaria will stimulate economic growth and unlock human potential in Chad, and that is why it has become my lifetime goal.”

“I was trying to link infectious disease and chronic disease — this is something that no one did before,” he said. “I want to try to see if malaria can be a source for the development of brain disorders or brain diseases such as Alzheimer’s, vascular dementia or other types of neurodegenerative diseases.”

Bedingar was supposed to travel to Chad last December to conduct his research with malaria patients, but the federal travel ban that went into effect just two months prior prevented him from going home. He was unable to complete this project and had to start over with an entirely new honors thesis — and only five months to complete it before graduation. A major bump in the road for Bedingar, but he adapted to his unfortunate circumstances and persevered.

“I was very surprised to know that Chad was put on the travel ban — it was very frustrating because I had to stop everything,” he said. “But I’m not quitting, because this is a project that I’m hoping to restart for my M.D. program later.”

Bedingar is now working on a new honors thesis with his mentor, Associate Professor Yang Jiang of UK's Department of Behavioral Science, studying Alzheimer’s disease and vascular dementia to further his knowledge in the medical field. By using electrophotography, he has learned how vascular dementia can affect memory and learning capacities.

“It’s because of all of those experiences that now I can combine public health and neuroscience together,” he said. “UK is pretty intensive in terms of academic preparation. I feel like that’s why I’m not scared to go to Harvard, because I feel like I am prepared to study there thanks to the education that I got here at UK. Academically, I think I’m ready.”

He has received many awards during his time at UK, most recently the 2018 Otis A. Singletary Outstanding Senior Award and the Algernon Sydney Sullivan Award. He has participated in the Clinton Global Initiative University and the World Bank Group Youth Summit, and has volunteered in hospitals in both Lexington and Chad.

He will also deliver a speech as the student speaker during his Commencement ceremony tomorrow morning.

“This is an opportunity for me to thank the University of Kentucky, but also inspire other students — let them know that nothing is impossible when you put in the work,” he said.

Now, as he leaves UK to begin the next chapter of his career, Bedingar says he’ll miss his personal study spot in the William T. Young Library, as well as the basketball games. But he will miss the people the most.

“(People in Kentucky) were very interested in learning my culture, they were very interested in learning where I live and those kinds of things,” he said. “It’s a very warm place. I feel like this is why I’ve come to like Kentucky a lot, especially Lexington. I have so many friends and even kind of like my family here, so I will definitely come back. Actually, I may even collaborate with my lab here for my future research projects, because it’s here I started with my brain and neuroscience research, so everything that I’ll be using will be directly in relation with what I did here.”

In the face of adversity, Bedingar says having his father as his role model, along with his faith and the desire to help people, have kept him motivated.

“Looking at (my father) working hard, and not complaining about what happens in life — everything happens for a reason and you just have to move forward and work hard,” he said. “I cried and asked why, but you work hard and finish the thesis, or learn English. It’s just believing in yourself, that you can do it, and then you will do it. This is simply how I did it.”

The next time you pack a theater to watch your favorite superhero blockbuster, remember that not all heroes wear red-and-gold armor, wield a hammer or carry a shield. Some heroes wear blue and white, wield a UK degree and carry a love for the Commonwealth in their heart. Meet more of UK's heroes by following along on all our social channels with #heroesofUK. 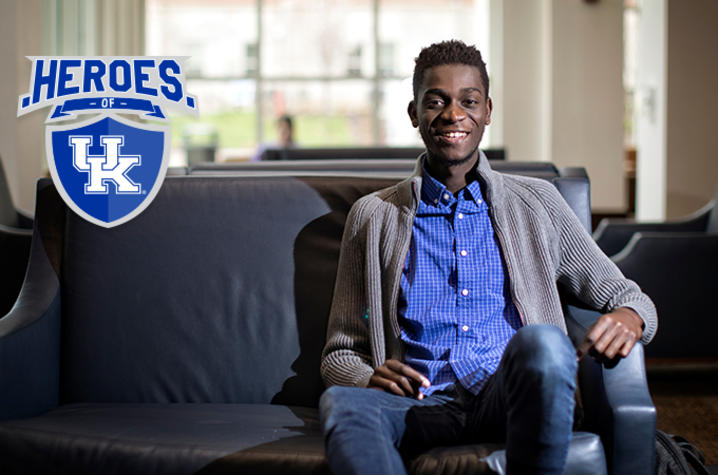 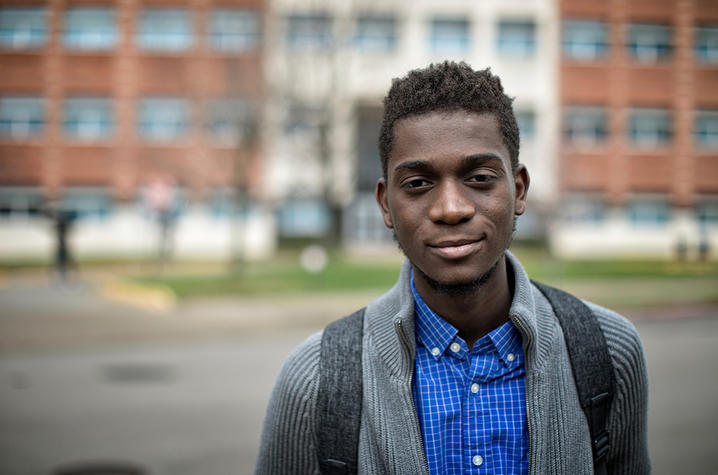 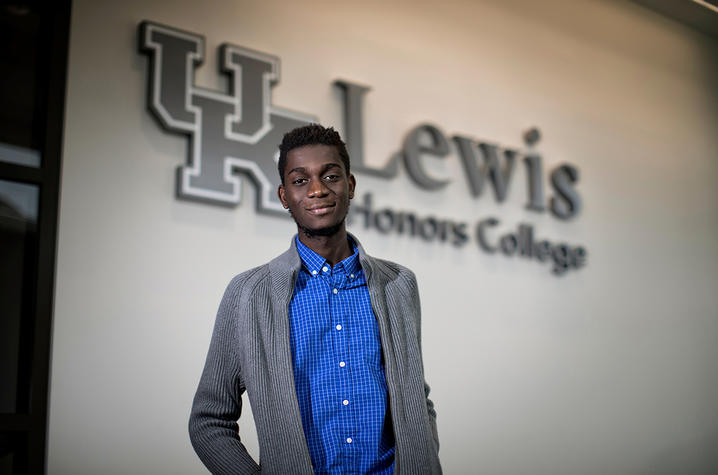 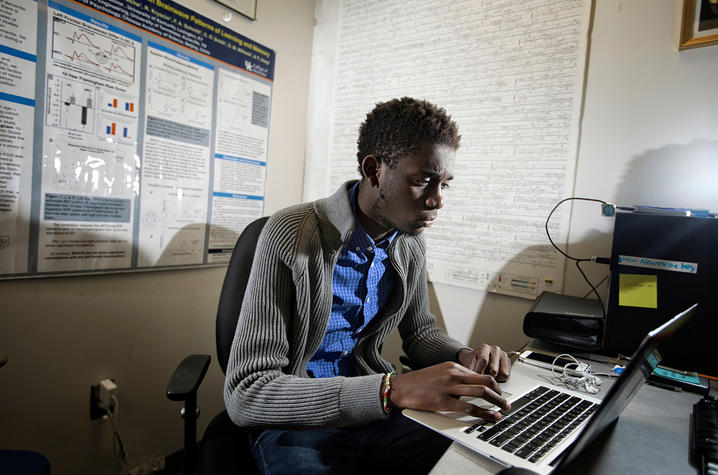 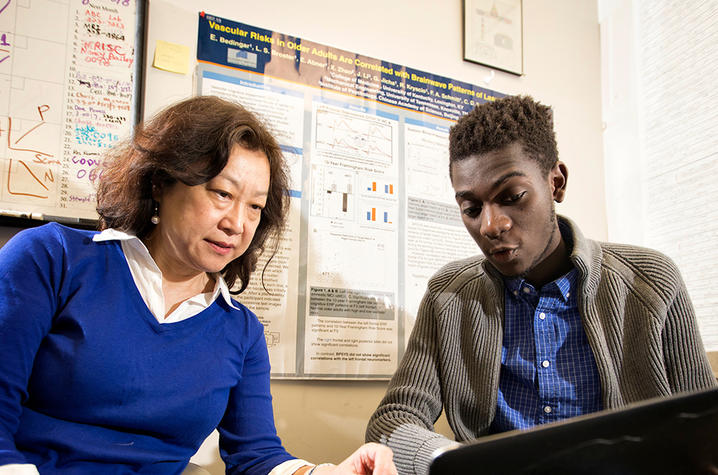 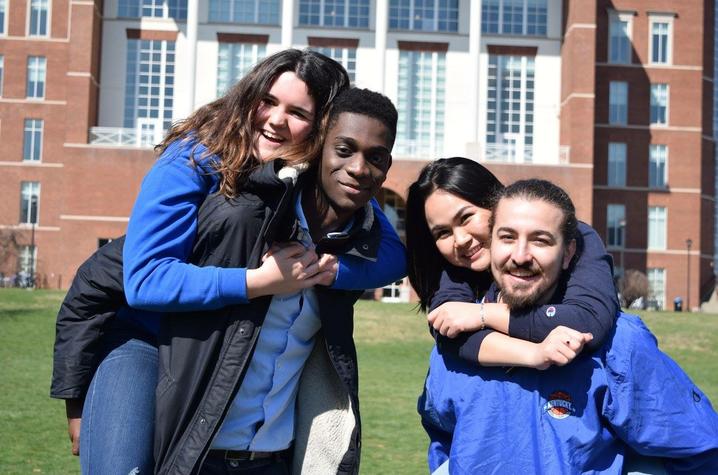