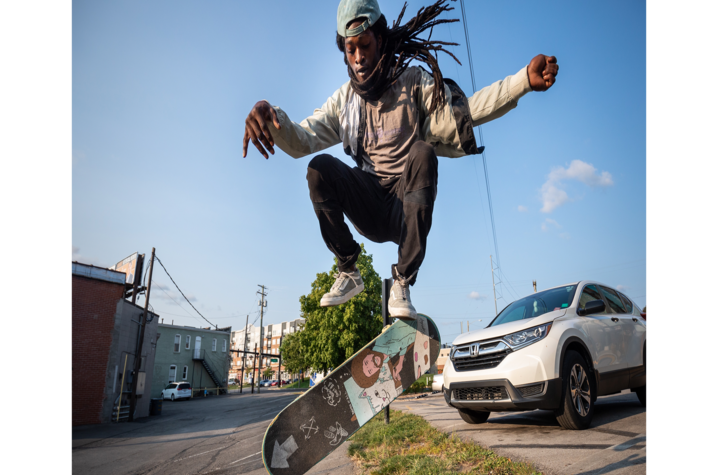 Clubb earned multiple awards, including Kentucky sports photographer of the year, where his portfolio was judged against professional Kentucky photographers, even though he is still an undergraduate student. 2021 was the first year that student entries were allowed to compete in what has traditionally been a “professional” category, so the win was even more meaningful.

“It always feels great to receive recognition for your hard work, and the fact that I won sports photographer of the year against students and professionals makes it even more special,” Clubb said.

“I wouldn’t have made anywhere close the amount of progress I’ve made when it comes to my photography without the help and support of so many, especially from the Kernel. David Stephenson especially, the Kernel’s photo advisor and a UK professor, has always been there to help and teach me and push me to my potential,” Clubb said.

“Michael is an incredibly talented photographer,” Stephenson said. “I’m excited for him that he is recognized at this level for his talent and hard work. We are lucky to have him at the Kernel.”

Several other College of Communication and Information students were recognized at the Kentucky News Photographer Association contest, including Arden Barnes, a 2020 journalism graduate, who won honorable mention in both general news and the sports featured categories.

Barnes and Prather earned several awards in the professional category, even though the bulk of their images were taken while they were students.