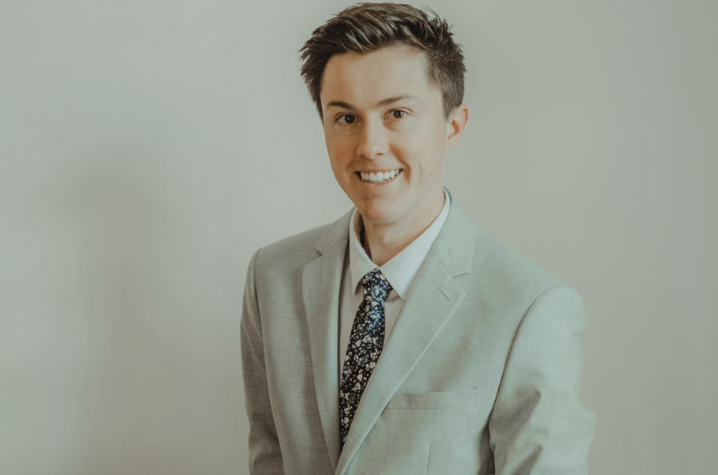 LEXINGTON, Ky. (May 13, 2021) — The University of Kentucky Office of Nationally Competitive Awards has announced that Kayden Jenson has received a 2021 Boren Fellowship to study Turkish. Jenson is pursuing joint degrees in law and diplomacy and international commerce through the Rosenberg College of Law and the Patterson School of Diplomacy and International Commerce.

The Boren Awards fund up to $25,000 for undergraduates and graduate students to support language study, research and study abroad in world regions critical to U.S. interests. Jenson’s award is part of the Turkish Flagship Language Initiative (TURFLI), which funds a summer program at the University of Wisconsin-Madison in addition to language study at the Azerbaijan University of Languages in Baku, Azerbaijan, during the fall semester.

Along with Jenson, two UK students were named alternates for the 2021 Boren Awards:

Jenson, the spouse of Margaret Jenson of Lexington, graduated from UK in 2017 with a degree in international studies. During his graduate study, he completed a legal internship with Kentucky Refugee Ministries and has served as editor-in-chief of the Patterson Journal of International Affairs and president of the International Law Society.

Jenson credits Carey Cavanaugh, Max Wise, Robert Farley, Michael Samers and Erik Myrup for serving as mentors during his time at UK. After his graduation in 2023, Jenson plans to become a JAG officer in the United States Air Force and eventually work as a policy analyst for the U.S. Department of State or the U.S. Agency for International Development.

“Law and diplomacy are tools that the United States employs to promote peace and development around the world,” he said. “As a child, I had the opportunity to witness that development work firsthand when I lived in Guatemala. I knew then that contributing to the peace-building and development work facilitated by federal agencies would be the most fulfilling line of work for me.”

The Office of Nationally Competitive Awards assists current UK undergraduate and graduate students and recent alumni in applying for external scholarships and fellowships funded by sources (such as a nongovernment foundation or government agency) outside the university. These awards honor exceptional students across the nation. Students who are interested in these opportunities are encouraged to begin work with the office, housed in the Chellgren Center for Undergraduate Excellence, well in advance of the scholarship deadline. Staff is available for appointments to discuss opportunities for the 2021-2022 academic year and beyond.