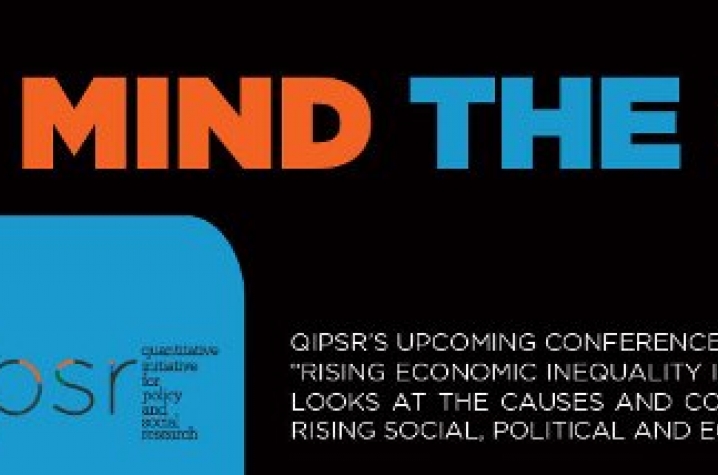 LEXINGTON, Ky. (March 1, 2012) — From the halls of Congress to the streets of downtown Lexington, America might not agree much, but the majority of its citizens can see the disparity in the economic fortunes of rich, poor and middle class American families.

The myriad reasons behind economic inequality range from the decline of unions to the decline of the progressive income tax, but the outcome is undeniable: those at the very top of the income ladder have emerged as the biggest winners in a huge transformation of the American economy.

As an interdisciplinary body striving to improve policy and government performance through the production and distribution of world-class scholarship, The University of Kentucky’s Quantitative Initiative for Policy and Social Research (QIPSR) wants to join the conversation.

Each year, the interdisciplinary group based in the College of Arts & Sciences selects a significant policy problem that requires several social science disciplines to address, according to political science professor and QIPSR director Mark Peffley.

“Some problems are so big and far-reaching they have to be attacked from several directions at once,” Peffley said. “We focused on economic inequality as this year’s problem because it’s increased so dramatically in recent years and impacts so many Americans in so many ways.”

The conference, which will feature four outside speakers and eight UK faculty members, will examine the causes and consequences of the rising social, political and economic ills.

“This topic has been thrust into the news with the Occupy Wall Street protests and the wrangling in Washington over whether millionaires should continue paying less in taxes or more,” Peffley said. “The issues associated with income inequality are so complex and multi-faceted that they need to be addressed by scholars in several social science disciplines, including economics, sociology, psychology and political science.”

This year’s visiting conference guests include: University of Arizona sociologist Lane Kenworthy, who will present his research on "America's Struggling Lower Half.”

“As a nation grows richer, the living standards of its least well-off ought to rise,” Kenworthy has written. “But one of the most striking features of late-industrial development is that the fruits of growth have — in some countries — been very unequally shared.”

In his talk, Kenworthy will explore why the purchasing power of the lower half of the income distribution in some affluent countries of the world has improved whereas in the U.S. it has not.

“I will present several studies highlighting the pathways of influence by which economic inequality compromises children's well-being and discuss implications for intervention and prevention efforts to promote healthy development for at-risk children,” she said.

Northwestern University sociologist Leslie McCall will talk about why have Americans been so dissatisfied with existing levels of income inequality from the 1980s up to the Occupy Wall Street protests, which is based on her forthcoming book, “The Un/deserving Rich:

Beliefs about Inequality, Opportunity, and Redistribution in American Society.”

Princeton political scientist Martin Gilens will speak about his book, “Affluence & Influence: Economic Inequality and Political Power in America,” explaining why political inequality in the U.S. increased so dramatically over the last several decades and why policy outcomes mirror the preferences of more affluent citizens but not those of low- or middle-income Americans.

“Economic inequality and the increased strain placed on the lower and middle classes and the safety net that protects them, harms the social fabric, impedes economic opportunities and undermines American democracy,” Peffley said. “Our hope for the conference is that academics, students, people of the commonwealth and policy makers gain a much deeper understanding of the problems associated with economic inequality.  And more than that, by understanding the problem, we can move toward serious policy solutions that improve the nation and the commonwealth.”

“Rising Economic Inequality in the 21st Century” is sponsored by QIPSR, as well as the departments of Psychology, Political Science and Sociology and the UK Center for Poverty Research.

While the event is free and open to the public, seating is limited. Please register at the QIPSR website.

For more information or questions, contact Peffley at m.peffley@uky.edu.

QIPSR’s mission is to support cutting-edge research and analysis of policy issues and to provide scholarly engagement that enlightens educators, policy officials, students and the general public.