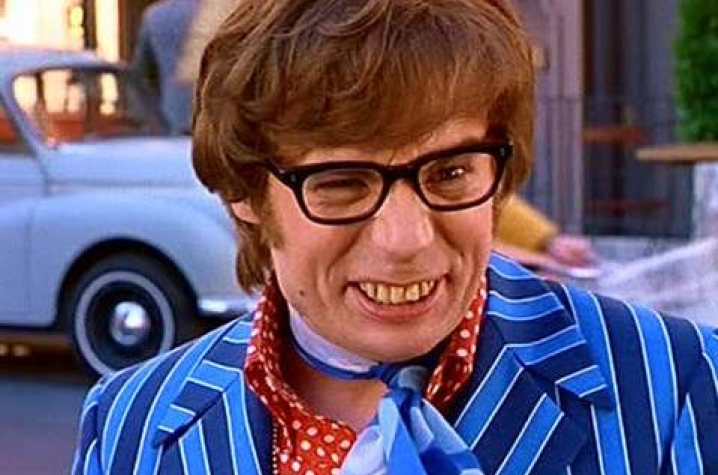 LEXINGTON, Ky. (Sept. 7, 2011) – With the excitement of the first full week of the fall 2011 semester at the University of Kentucky behind them, it’s time for students to discover what the Cats Den and the Student Center have to offer – free entertainment.

Wednesday night can only mean one thing at the Student Center, Comedy Caravan. At 8 p.m. Sept. 7, head to the Cats Den to check out the hilarious Phil Mazo.  Performing his dark and silly comedy, Mazo has traveled all over the United States and even abroad. Mazo is a regular on “The Bob & Tom Show,” and his standup is in regular rotation on Sirius XM Satellite Radio’s Raw Dog Comedy Channel.

The Cats Den is the preferred destination at 8 p.m. Thursday, Sept. 8, to check out a free concert by the Lexington-based Chaotic Good. This one-man band, featuring Jake Carpenter, performed at the 2010 Beaux Arts Ball and is scheduled to make another appearance. The Chaotic Good has won numerous competitions and has even been a featured artist on myspace.com.

Prepare to take a blast from the past this week with the Late Night Film Series as The International Man of Mystery invades the UK campus.

After spending years cryogenically frozen, British Intelligence Agent Austin Powers (Mike Myers) awakens in “Austin Powers: The International Man of Mystery”  to find himself in the 1990s, a decade far removed from his own 1960s where free love and flower power reigned supreme. Despite an extreme case of culture shock, the shagadelic Powers must compose himself to defeat his arch nemesis Dr. Evil (Mike Myers), a bumbling super villain and total square.

In the second installment “Austin Powers: The Spy Who Shagged Me,” the super spy returns in another hilarious spoof of James Bond. However, this time Powers finds himself going toe-to-toe with Dr. Evil in his own era thanks to the mad man’s diabolical plot to go back in time and steal the bachelor’s precious mojo. Should Austin fail, the world would not only suffer, but so would each of his potential lovers, including his lovely partner Felicity Shagwell (Heather Graham).

Rounding out the weekend is the International Film Series at 6 p.m. Sunday, Sept. 11, with the French film “The Science of Sleep.” Life seems to be looking up for shy and withdrawn Stephane when he is coaxed to return to his childhood home with the promise of a job, in the mundane world of copy setting. Wildly creative, his fanciful and sometimes disturbing dream life constantly threatens to usurp his waking world. Stephane is quickly drawn to his neighbor, Stephanie, whose imagination easily matches his own. As their relationship blossoms the confidence Stephane exudes in his dreams begins bleeding over into his real life.

The Cat’s Den is located on the first floor of the UK Student Center. All of the events hosted by the Cats Den are free for students, staff and faculty. For more information, contact catsdenuk@gmail.com.

All these events are sponsored by the Student Center Director’s Office.