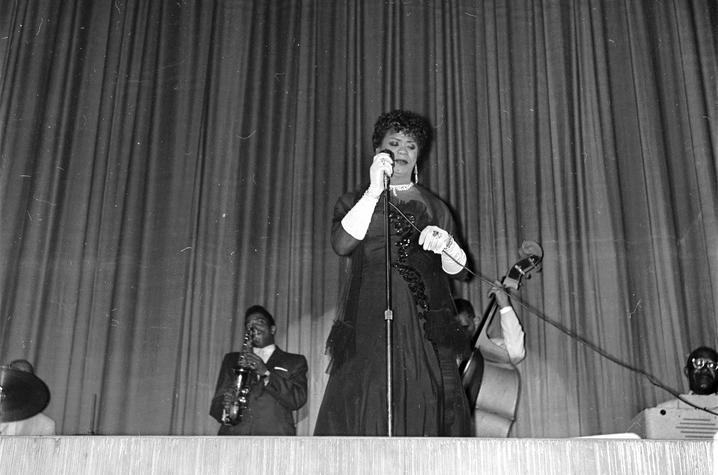 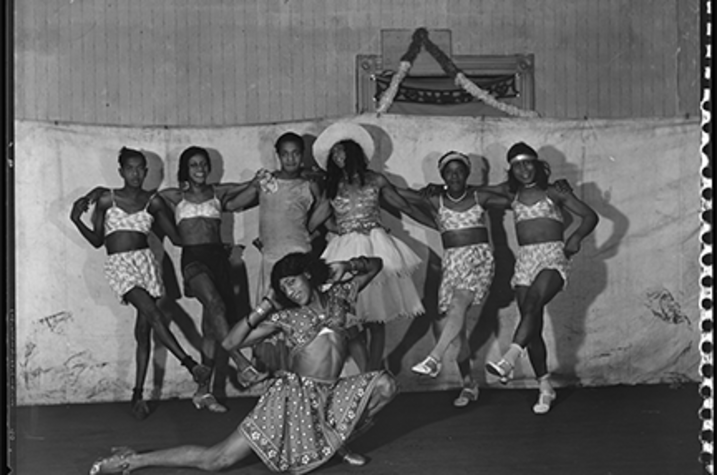 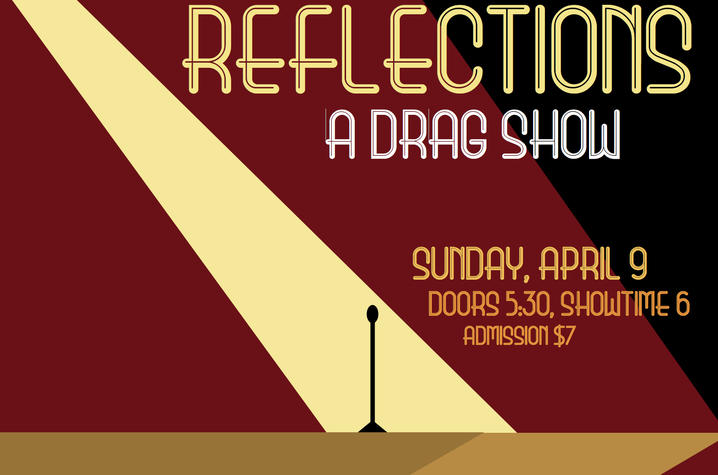 LEXINGTON, Ky. (April 7, 2017) — It was supposed to be a one-time showing when the exhibit “A Pictorial History: African American Lesbian, Gay, Bisexual, Transgendered, and Queer Persons in Kentucky” was displayed in the lobby of the University of Kentucky's Margaret I. King Library Building during Black History Month 2015. But there was a lot of curiosity, and so, the exhibit was also displayed at two locations in the Lexington community.

With those showings came questions about the pictures of drag performers at the Woodland Park Auditorium in the 1930s, and at the Lyric Theatre in the 1960s. Who knew?

As it has turned out, very few knew about the earlier shows, or remembered the later shows with or without the police raids. The performers were put in jail because of the Lexington “Lewdness Ordinance” that prohibited men from wearing dresses and makeup, except on Halloween night. The ordinance was abolished in 1969. The Lyric Theatre had closed in 1963.

Knowledge of the historical African-American drag culture in Lexington seemed to have gotten quietly tucked away in the archives for more than half a century. But those pictures preserved and available at the UK Special Collections Research Center brought this piece of forgotten history back to the city's narrative. Some of the images may be viewed still today in the online exhibit of “A Pictorial History” on the UK Libraries digital collection known as UKnowledge.

But there’s more. The present day Lyric Theatre and Cultural Arts Center has joined with the community organization Bluegrass Black Pride Inc. to take it a step further. This weekend, drag will make a comeback on the Lyric stage. The show, titled “Reflections: A Drag Show,” will begin at 6 p.m. Sunday, April 9. Doors will open at 5:30 p.m. The cost of admission is $7.

UK Libraries Special Collections Research Center is home to a collection of rare books, Kentuckiana, the Archives, the Louie B. Nunn Center for Oral History, the King Library Press, the Wendell H. Ford Public Policy Research Center, the Bert T. Combs Appalachian Collection, the John G. Heyburn Initiative and ExploreUK. The mission of the center is to locate and preserve materials documenting the social, cultural, economic and political history of the Commonwealth of Kentucky.