To view a transcript of the video above, click here. Video courtesy of University Press of Kentucky.

LEXINGTON, Ky. (Sept. 2, 2011) − Bob Edwards gained incredible success as a radio personality at National Public Radio (NPR) co-hosting "All Things Considered" before launching "Morning Edition," a program which he hosted for more than 24 years. Now in his fifth decade of broadcasting, Edwards has interviewed more than 30,000 people and is currently the host of "The Bob Edwards Show" on Sirius XM Radio and "Bob Edwards Weekend" on public radio. As a gift to all the listeners who have supported him over the years, Edwards is making a free, downloadable copy of his new memoir, "A Voice in the Box: My Life in Radio," available through Sept. 9 from major electronic retailers.

“You can think of this as the ultimate pledge drive premium considering most public radio supporters already have plenty of coffee mugs and tote bags,” says Edwards. This offer will be available through Kindle, Barnes and Noble Nook, and the Google eBookstore a week before the book’s print edition hits stores.

This promotion is made possible through the support of Edwards’ nonprofit publisher, the University Press of Kentucky, whose mission is to publish and disseminate books of the highest merit throughout the world. UPK represents a consortium of all of Kentucky’s state universities, plus five of its private colleges and two major historical societies. This marks the first time a university press has made available an e-book before the print edition was released.

In "A Voice in the Box," the Louisville, Ky., native presents his successes and failures in the world of American media. While other children wanted to be firefighters or rock stars, Edwards wanted his voice to be among those emanating from his family’s Zenith Long Distance radio. Decades later, he has become one of the most beloved and iconic radio broadcasters, and the first with a large national audience to take his chances in the new field of satellite radio.

Edwards’ memoir describes his road to success, from knocking on station doors during college and working for the American Forces Korea Network to his work at NPR and induction into the National Radio Hall of Fame in 2004. He presents observations from years of collaboration with interesting colleagues, from Susan Stamberg, his co-host of "All Things Considered" and the first woman to anchor a nightly national news program, to Red Barber, a sportscaster whose four-minute weekly broadcasts attracted hoards of devoted fans.

"A Voice in the Box" also recalls stories from his most memorable interviews –– from Julia Child’s declaration that she preferred quarter-pounders over Big Macs to Norman Mailer’s admission that he fired off a potboiler solely to “pay the bills.” In one interview Edwards suggested that former Secretary of the Interior James Watt might have accomplished more if he had been less abrasive. Watt responded by walking out on the interview. This would not be the last government official who would try to evade Edwards’ candid questions.

In 2004, after Edwards had hosted "Morning Edition" nearly 25 years, NPR announced that it would replace him. Tens of thousands of angry fans protested the demotion, serving as a testament to the radio personality’s indelible impact on Americans of all ages. In "A Voice in the Box," Edwards gives an insider’s account of the world of American media and its transformation through 40 years of evolving public journalism.

Edwards is the author of "Edward R. Murrow and the Birth of Broadcast Journalism" and "Fridays with Red: A Radio Friendship." He has been awarded the Alfred I. duPont-Columbia Award for radio journalism, a George Foster Peabody Award for excellence in broadcasting, and the Edward R. Murrow Award for outstanding contributions to public radio. Edwards was inducted into the Kentucky Journalism Hall of Fame in 2003.

Offices for the administrative, editorial, production and marketing departments of University Press of Kentucky are found at the University of Kentucky, which provides financial support toward the operating expenses of the book publisher.

For more information on "A Voice in the Box," visit University Press of Kentucky online at www.kentuckypress.com. 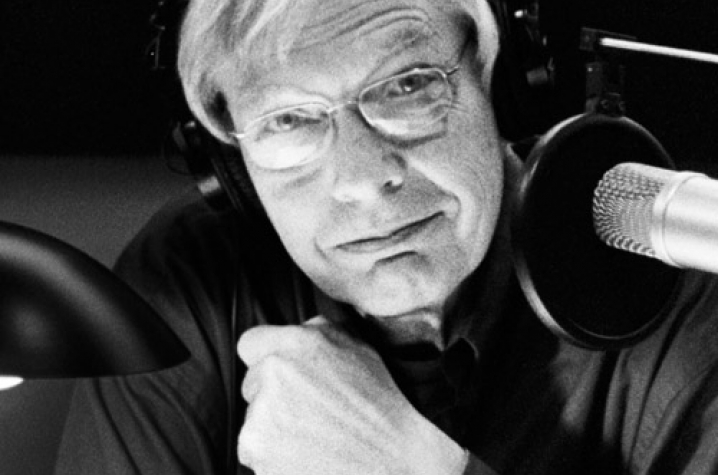