Schoolteacher Erika Carter is looking forward to another year of teaching after battling cancer two years ago.

LEXINGTON, Ky. (Aug. 10, 2017) — Dealing with a classroom full of rowdy second-graders can be taxing on even the most patient, energetic individual.

But for 42-year-old Versailles schoolteacher Erika Carter, her real challenges have happened outside the classroom. In the summer of 2015, she visited her doctor for her regular yearly checkup and bloodwork, which yielded some bad news: an anomaly in her white blood cell count.

Months of monitoring and referrals followed, including a bone marrow biopsy. Then, on Sept. 24, 2015, she received a call telling her to immediately come to the emergency room at the University of Kentucky Albert B. Chandler Hospital. She would not go back to teaching for the rest of the year.

“I was numb," Carter said. "I just kind of didn’t have any feelings at that point. I just couldn’t believe that my world was completely rocked.”

Carter was diagnosed with acute promyelocytic leukemia (APL), a subtype of acute myeloid leukemia. Dr. Gerhard Hildebrandt, a UK Markey Cancer Center blood and marrow transplantation hematologist and Carter's physician, says the good news is that this type of cancer is usually curable with fast intervention. And in her case, the cancer was discovered very early, which bode well for her treatment.

"It’s characterized by a certain genetic change, which fortunately allows this disease to have a higher cure rate than other leukemias,” Hildebrandt said.

Over the next nine months, Carter underwent 128 chemotherapy treatments, including a 19-day stint as an inpatient at Markey. Throughout her journey, she built a good relationship with the nursing team that took care of her.

“They are always upbeat and friendly,” she said. “All across the board the nurses were fabulous. I’ve gone back several times to see them; I really had a good experience.”

Carter was lucky that she had minimum side effects after chemotherapy, so she still tried to do her best to keep on with much of daily life. She took advantage of some of Markey's integrative medicine options, including jin shin jyutsu and art therapy, but says the hardest thing for her during the treatment was not being able to go outside.

This time last August, Carter was just getting back to work after nearly a year off. Coming from a family of educators, she carries a love for teaching in her blood and was eager to get back to the Southside Elementary classroom she's been teaching in for six years. She says she's inspired by her students who motivate her to carry a positive attitude throughout the day.

“I’ll tell you what – with teaching, you just really can’t have a bad day,” Carter said. “I love the children, they make me laugh, and I could have a rough day but I’ve got to check that at the door and I’ve got to walk in and put that smile on my face for these kiddos… I want it to be just a fun experience for them, to love learning and love education.”

Though her students are very young, Carter says that many of them had some understanding of what she had gone through. She has a picture that says “We love Ms. Carter” and a banner signed by the entire school that she hung at the hospital.

“They were great, so great, in welcoming me back,” she said. “I’m just glad I had a story where I was able to come back, and they are like, "Okay, people can have cancer, but they also survive it, too.'”

In fact, at the end of the 2017 school year, Carter invited Hildebrandt to come visit her class and give her students a quick lesson on what exactly cancer is, and what doctors do to treat it. Melissa Hounshell, Markey's community outreach director, also attended to give the kids her popular Get Fit, Be Smart, Don't Start presentation.

“It’s a fantastic honor to be here," Hildebrandt said. "When you have a patient who does remarkably well and then goes back to daily life, like Erika with her kids in this classroom, it’s the reward for the entire team."

Carter describes the circumstances around her diagnosis a "blessing," noting that her case could have turned out very differently if she'd neglected to get her physician-recommended preventative care.

“It is very important to get preventive care," Carter said. "Sometimes when you need to get bloodwork, it’s very easy to push that aside. But thank the Lord I did go – because had I not, I would’ve ended up in a really bad state, would’ve been possibly too late, or it would’ve been a whole other road of struggle." 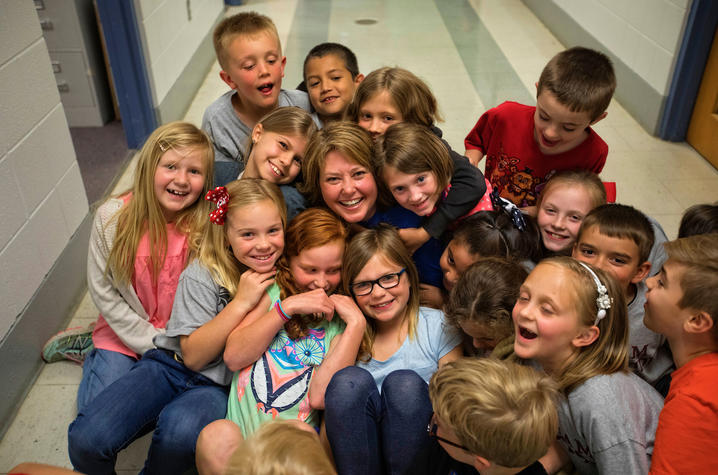 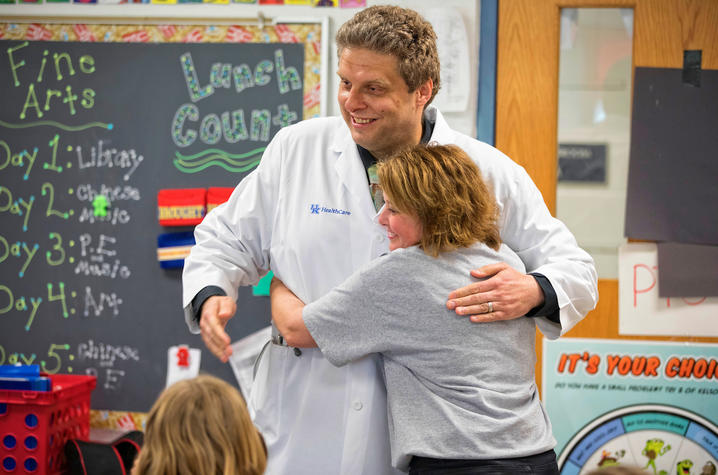 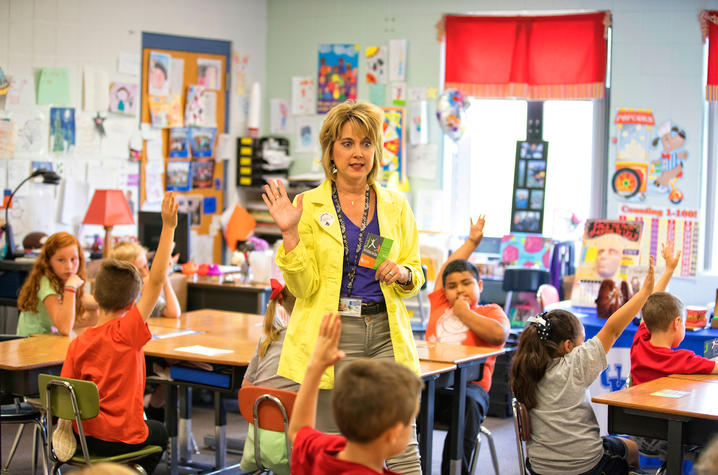 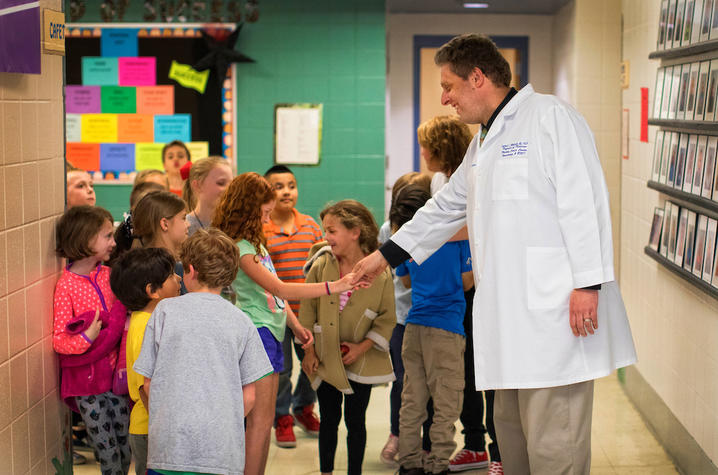