February is American Heart Month. In this first installment of our two-part series, “Heart, Hope, Healing,” we take you through the incredible experience of UK HealthCare patient Andy Combs and his wife, Julie. This series is produced by UK Public Relations & Strategic Communications and UK HealthCare Brand Strategy.

LEXINGTON, Ky. (Feb. 14, 2022) — For two decades, Frankfort residents Andy and Julie Combs had been close friends. They bonded together through Julie’s husband, Bruce, who worked with Andy.

“We became fast friends,” Andy said. “The three of us became like the Three Musketeers.”

When Bruce became critically ill, Andy made him a promise to look after Julie.

“In the hospital, I took them both by the hand,” Andy said. “I promised Bruce I would always take care of Julie. We would look out for each other.”

After Bruce died, Andy and Julie bought a house and moved in together as roommates, vowing to take care of each other.

But in time, they made new vows: in sickness and in health. Andy and Julie fell in love and got married on Aug. 9, 2010.

In 2009, Andy had experienced a brief health scare – a mild heart attack. After undergoing a procedure to have stents placed in his heart – and with regular monitoring by a cardiologist – all seemed well.

“He was like a brand new man,” Julie said. He took one aspirin a day, but wasn’t on any medication for his heart.”

Julie and her mother had just returned from visiting family in Georgia. They weren’t supposed to return home until the next day, but Julie was anxious to get back. They arrived home later in the evening of the 29th, around 10 p.m., and Julie’s mother decided to spend the night.

Andy was already in bed when Julie came in. Shortly after, he made what Julie calls “a weird noise.”

She called his name. Andy didn’t respond. She shook him. Nothing happened and his body was cool to the touch.

When blood flow stops, permanent brain damage or death sets in within minutes without an immediate intervention like CPR. It had been many years since Julie had done CPR training, but she dove into the process, guided by the 911 operator on the phone – fast compressions only, no breaths. CPR is vital in these situations because it manually circulates the blood in someone’s body, which helps preserve brain and organ function.

As a tall, 200-pound man, Andy’s body wasn’t easy to move, so he remained on their bed. Julie and her mother took turns giving compressions, using as much force as they could manage.

With the ambulance on the way, Julie says they performed CPR for more than eight minutes.

“It felt like an eternity,” Julie said. “When you’re giving CPR, you wonder, am I doing it hard enough? Am I in the right place? My adrenaline kicked in and took over. It’s very scary.”

The EMS team arrived and quickly moved Andy to the floor to continue administering compressions while Julie and her mother watched. He was shocked several times with the defibrillator. As he was moved to the ambulance, CPR continued with a mechanical compression machine called a LUCAS device.

“When he went out the door, he had no pulse,” Julie said.

By the time Andy arrived at Frankfort Regional Medical Center, he had been without a pulse for nearly 30 minutes.

The quickest way to restore blood flow is to put stents in the blocked arteries, but Julie says his pre-existing stents prevented the medical team from being able to install new ones. Andy’s condition was dire enough to warrant a transfer to the University of Kentucky Albert B. Chandler Hospital.

Gbolahan Ogunbayo, M.D., a UK HealthCare interventional cardiologist who works at Frankfort Regional, says that the hospital’s relationship with UK is a vital one for patients like Andy. As part of the UK HealthCare Gill Heart & Vascular Institute Affiliate Network, Frankfort physicians have easy access to transfer patients who need complex, high-acuity care.

“We can do most interventions here [in Frankfort] these days,” Ogunbayo said. “But for the things we cannot do here, we have that partnership with UK, and we have front row seats to the best guys practicing there.”

“Through our partnership with UK HealthCare, residents of Frankfort and the surrounding areas have much-needed access to high-quality, state-of-the-art emergent cardiovascular care right here in our own community,” said Reed Hammond, chief executive officer of Frankfort Regional Medical Center. “With emergent cardiac care, time is muscle, so the sooner the patient can receive care, the better. In certain instances where a higher level of care is needed, our relationship allows for a seamless transfer.”

And Andy needed the highest level of intensive care. His heart attack had triggered the most dangerous type of heart rhythm.

“It’s called ventricular fibrillation,” said Vedant Gupta, M.D., cardiologist at UK HealthCare’s Gill Heart and Vascular Institute. “Most people who go into this type of heart rhythm do not survive their hospitalization."

At UK, Julie was told Andy had an anoxic event – his brain had lost its entire oxygen supply. Furthermore, his medical team suspected that there was damage to his thalamus, the part of the brain that regulates consciousness.

By the time Julie was able to see Andy in the ICU, he was in a coma and the team was unsure if he would ever wake up. He was too weak for any kind of surgery, let alone the massive open-heart bypass he would need to clear the blockages in his heart. Andy also developed pneumonia and other complications that made the prospect of surgery even riskier.

Julie waited. But after two weeks, there was no improvement. She met with Andy’s family, and they made the difficult and heartbreaking decision to withdraw care.

“Everyone knew he didn’t want to live that way, but no one wants to make that decision,” Julie said. “They told me that it would take about an hour and that it would be peaceful.”

Andy was pulled from life support. After four hours, there was no change in Andy’s condition – good or bad.

“We had this idea that this could be his life,” Julie said. “His vitals were still good, but he wasn’t waking up.”

They waited. And waited. Exhausted, Julie and the family went home to get some rest, with plans to return to the hospital early the next day. They were also mentally preparing to receive the phone call no one ever wants to get.

At four in the morning, Julie got a phone call, but not the one she was expecting. Recounting that moment, tears well up in her eyes.

Fourteen hours after coming off life support, Andy was awake. Not just awake, but alert, talkative and excited to see Julie.

She laughs. “So when he found out I was actually his wife, he was all excited.”

After a massive heart attack, 30 minutes without a pulse, a two-week coma and a myriad of complications while in the ICU, no one expected Andy to wake up, let alone come out without cognitive impairment.

“The fact that he woke up and didn’t have any significant cognitive issues is very impressive,” said Gupta.

“It was a miracle,” said Julie. “An absolute miracle.”

Andy still had a long road ahead of him. He was awake and aware, a massive feat in of itself, but he was facing an even bigger challenge – an extensive open-heart surgery.

Next time: Andy prepares for his second hurdle – a quintuple bypass surgery to remove several blockages in his heart, including one commonly known as “the widowmaker.” 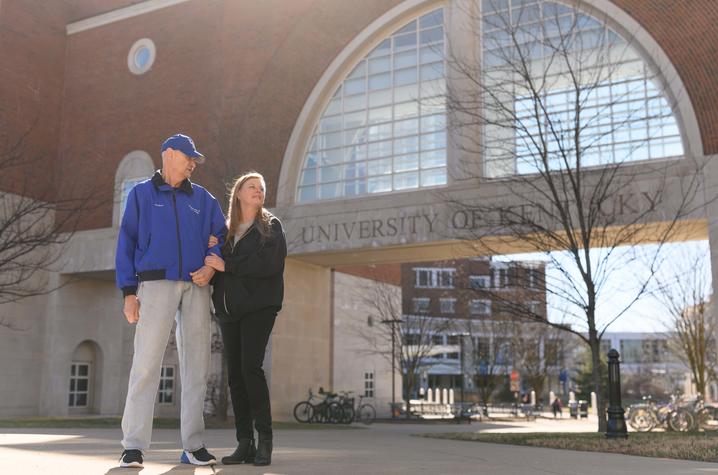 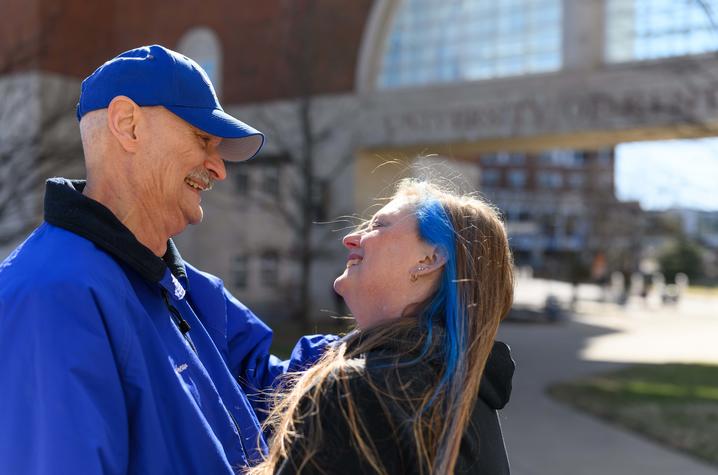 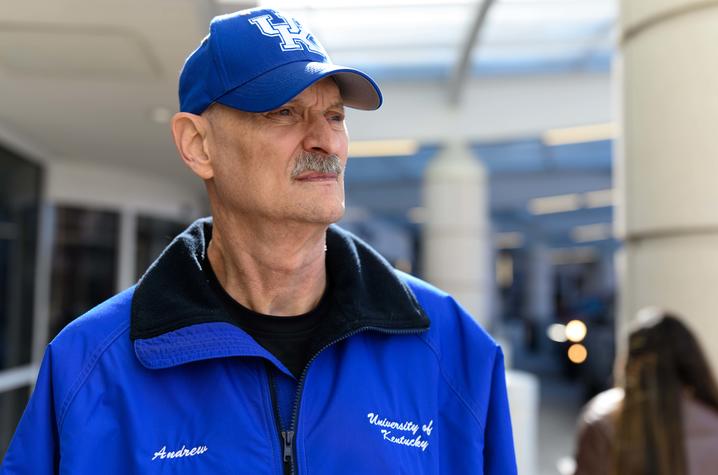 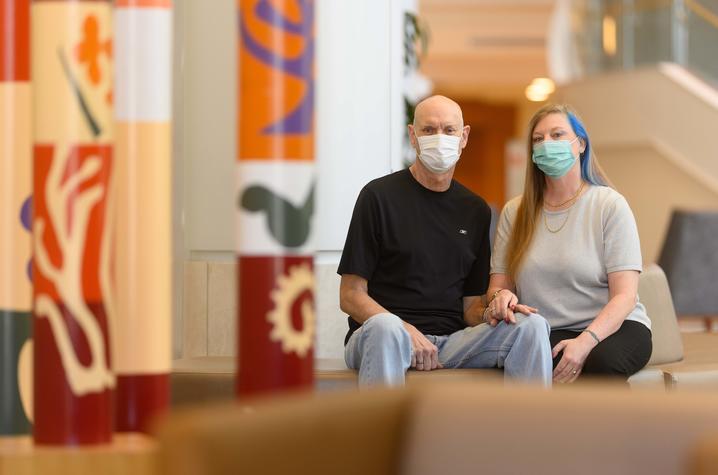 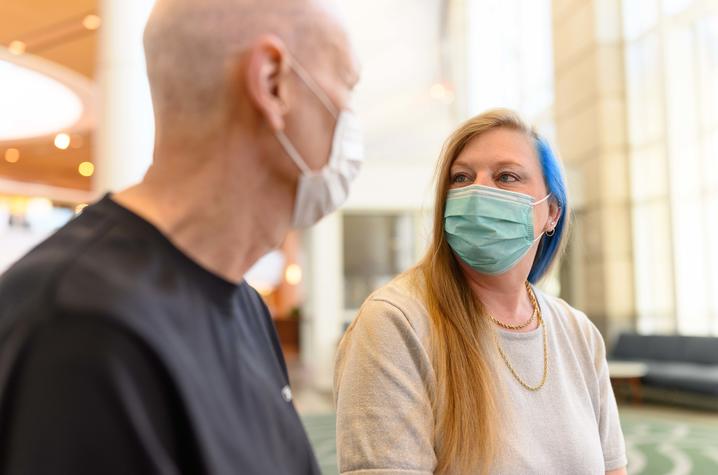 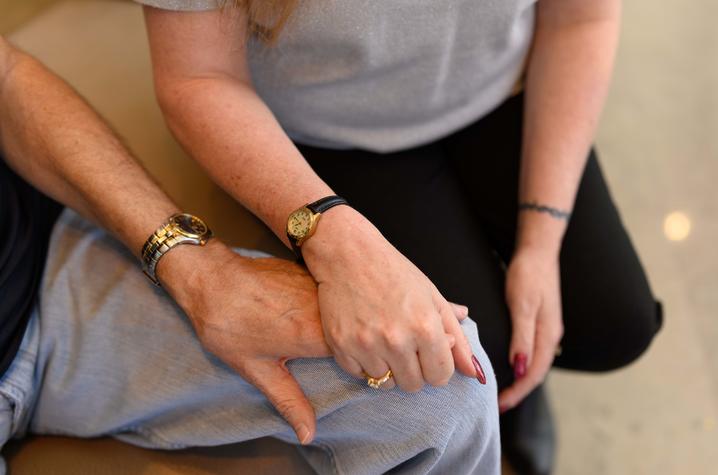 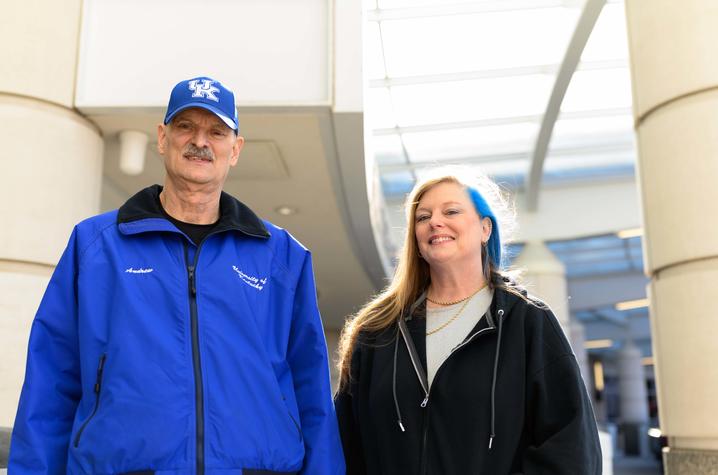 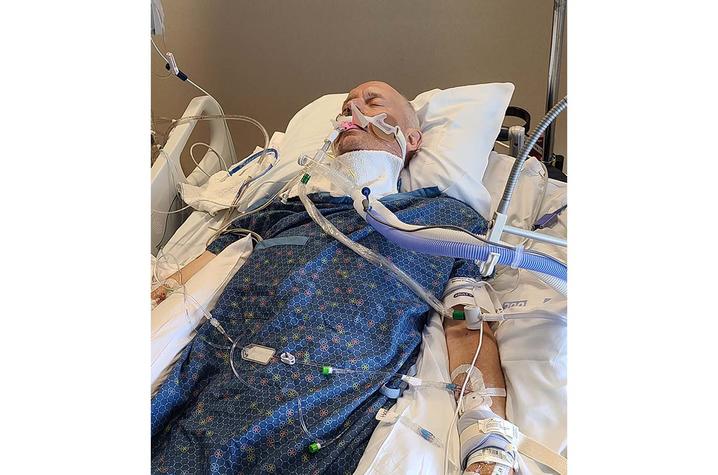