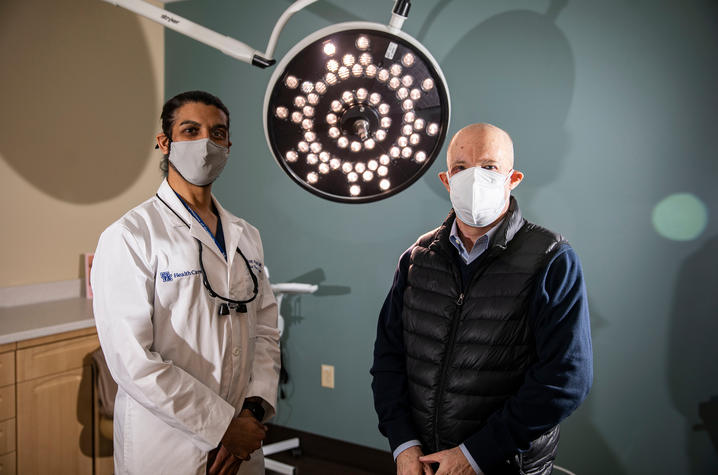 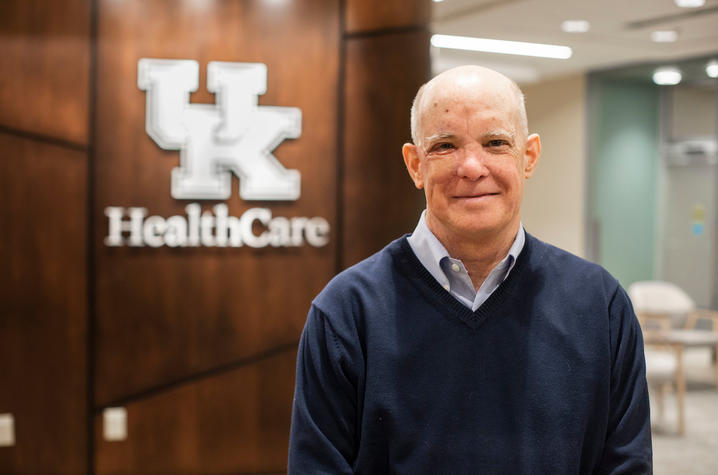 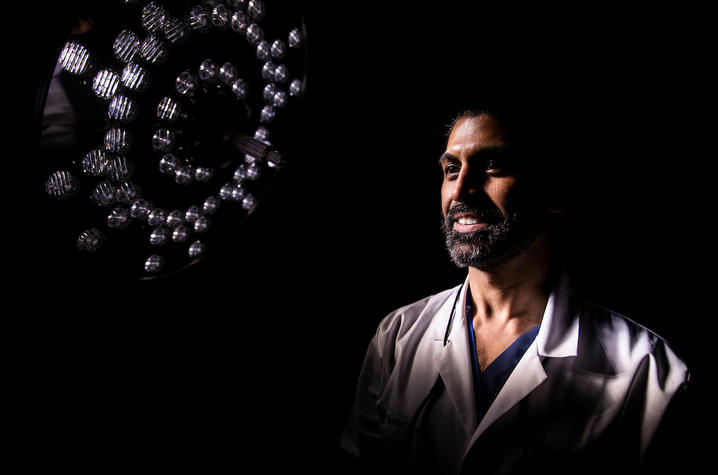 LEXINGTON, Ky. (March 2, 2021) — Jack Hillard of Lexington has dedicated his life to supporting cancer patients. When he became one, he didn’t let that stop him.

Hillard’s journey with cancer started in 1993, when he was diagnosed with large granular lymphocytic (LGL) leukemia. Thankfully, he received an early diagnosis and has been able to keep the leukemia at bay with medication for over 25 years.

Twice, surgery has been Hillard’s saving grace. In 2004, a routine colonoscopy revealed cancer growing in his colon. His surgical team at UK Markey Cancer Center decided to operate and swiftly removed the cancer.

Hillard’s two-time cancer journey inspired him to do more. Although he was a survivor, he learned firsthand how cancer can rip apart families and end people’s lives, especially in his own backyard. Kentucky is the number one state in the country for overall cancer mortality.

“In the past decade, we’ve been able to have some success in efforts to increase cancer screenings, but there’s much work to do,” said Hillard. “We have way more than our fair share of cancer in Kentucky.”

As executive director, Hillard has many responsibilities. His main focus remains the same – ending the cancer epidemic in Kentucky. This comes with many challenges, but one that Hillard didn’t see coming.

At a routine dermatologist appointment, Hillard’s doctor found a basal cell skin cancer on his cheek. While removing it, they realized the cancer was bigger than expected, and attached to a nerve near his eye. He was then recommended to see a doctor of aesthetic surgery and met Dr. Amit Patel.

“I’m generally an optimist and experienced about medical obstacles,” said Hillard, “but the seriousness of my cancer surgery was a new depth that was just so unexpected.”

Patel performed a skin flap surgery on Hillard. He used a facelift procedure for a reconstructive surgery, and it worked beautifully.

“Things often get labeled as reconstructive surgery or cosmetic surgery, however, when dealing with the face, I often hear people say they want to ‘be normal again,’” said Patel. “The label of ‘cosmetic’ or ‘reconstructive’ is not as important as, ‘what is the goal?’ and, ‘how do we get there?’”

Hillard’s recovery post-surgery was everything he could have hoped for. His healing process was smooth, and he owes it all to Patel’s care and attention to detail.

“For over 30 years, UK HealthCare has always put, ‘Advanced Care,’ into action for me. Dr. Amit Patel took ‘care’ to a new level when it was necessary,” said Hillard. “It’s one thing to have a scar on my chest or abdomen; but, to have my face dismantled on a Thursday and Dr. Patel put it back together the next morning. Let’s just say I’m grateful beyond measure.”

Hillard is now living cancer free, but that doesn’t mean his life will just go on. Hillard continues to fight for those who weren’t as fortunate as him; those who did not receive early diagnoses and are still fighting, or have lost their battles.

“Jack is a colleague in the battle against cancer, so I am truly grateful for his trust,” said Patel. It’s an honor to stand shoulder to shoulder with him in his journey to overcome cancer.”

UK HealthCare Plastic & Reconstructive Surgery has just moved to UK HealthCare Turfland. For more information on what services are provided at the clinic, visit https://ukhealthcare.uky.edu/plastic-surgery.