Lester Walters and his entourage of medical staff on one of his daily walks with the SynCardia.

LEXINGTON, Ky. (Feb. 14, 2017) — Relaxing in a recliner in the corner of his ICU room, Lester Walters is all smiles. His red hair askew, he casually jokes with his wife and the nurses who come in regularly to check on him. The 59-year-old Berea native is waiting to be listed for a heart transplant, but he's already one step ahead of most patients on the list — as of Dec. 12, 2016, Walters no longer has his failing heart.

Instead, a special machine has replaced it:  the SynCardia temporary Total Artificial Heart, a battery-powered device that contains the same components as a real human heart and serves as a bridge to transplant.

"I feel great," Walters said, the machine humming and pulsing like an air compressor in the background. "I feel about as good as one can."

Walters' journey towards a transplant initially began 17 years ago when he suffered a heart attack. Adopted as a child, he had no knowledge of any heart-related medical history that may have been a risk factor. Doctors discovered atrial fibrillation, and he had a pacemaker and an implantable cardioverter defibrillator (ICD) installed, designed to "shock" his heart back into a regular rhythm should he experience a life-threatening arrhythmia.

Walters resumed his normal lifestyle. He held several jobs at Berea College, where he retired in 2013 after 31 years of service, and spent time taking care of his farm in Madison County. Seven years ago, the widower met his second wife, B.J. Pittman, and the two have spent their retirement fishing, raising their own chickens and gardening.

But by January 2015, his heart problems began to worsen. After a stint in another local hospital and a bacterial infection, he was referred to the UK Gill Heart Institute for more serious treatment. By the time he arrived, his body was swollen from edema – fluid retention caused by poor blood flow, where pressure in the blood vessels increases and fluid is forced from the vessels into body tissues.

Dr. Maya Guglin, medical director of UK's Mechanical Circulatory Support Program, was the first to see Walters. Her initial course of treatment focused on using medications to eliminate the swelling.

"We treated him with diuretics, beta blockers, and other heart failure medications," Guglin said. "We managed to stabilize him for many months."

The swelling was gone, Pittman said, in less than a day. "He lost 50 pounds of fluid overnight," she said. "He went to the bathroom 19 times that night – I counted!"

Then in early December 2016, Walters' ICD went off once, then twice, and then a third time a short while later, which knocked him unconscious. Though Walters had been shocked before – including one memorable time where his son caught him mid-fall and received a shock himself – he'd never experienced three shocks in a row.

Pittman rushed him to UK Chandler Hospital, where he was admitted. Walters had developed ventricular tachycardia (VT), a regular but very fast heart rate caused by improper electrical activity in the heart ventricles. The VT became incessant – a "VT storm," as Guglin describes it – and his ICD ultimately shocked him 21 times over the course of a single day. Despite two alcohol ablations to attempt to kill off the misfiring heart cells, Walters' heart was simply too damaged and scarred for the procedure to work.

He needed a heart transplant, but he was far too sick to survive such a procedure. The team placed Walters on ECMO, a treatment that provides support for patients with extreme cardiac and respiratory failure, to stabilize his condition.

Most patients with end-stage heart failure like Walters would then receive a left ventricular assist device (LVAD), a mechanical device that helps the heart pump blood throughout the body and allows the patient the chance to recover and gain back their strength. But in Walters' case, the LVAD wasn't enough.

"The LVAD was not an appropriate option in this case because of the VT," said UK cardiothoracic transplant surgeon Dr. Alexis Shafii. "It could help his circulation, but it wouldn't stop the electrical problem with his heart."

The solution: go ahead and remove the heart. On Dec. 13, Shafii performed the surgery to install the Total Artificial Heart in Walters, making him just the fourth patient at UK to receive the device as a bridge to transplant.

After the weeks of rapid deterioration leading up to his emergency hospital visit, Walters was blunt about his expectations going into surgery. "I expected to die," he said.

But the surgery went well. "He immediately had a better color," Pittman said.

From there, it was just a matter of time and work to regain his strength. Walters spent 10 weeks in the cardiovascular ICU, carefully monitored by Shafii and ICU staff. With the Total Artificial Heart keeping his heart rate at a steady 125 beats per minute for optimal blood flow, Walters soon began walking with the rolling power supply for his Total Artificial Heart, called the Companion 2 hospital driver, and an entourage of nurses in tow.

At first, he could only make it to the door of his room before needing to return to bed. But as the weeks went on, he worked his way up to full laps around the ICU on a twice-daily basis.

"Starting out, it was really tough," Walters said. "But I got to where I could walk a little more each day."

In early February, he was stable enough to be switched to the Freedom portable driver, a smaller, wearable power supply for the Total Artificial Heart. The Freedom driver can be carried in a small backpack or shoulder bag and allows the patient to leave the hospital while they wait for a donor heart. Because of his progress, Walters was moved down to the cardiovascular telemetry unit, with hopes of being both listed for a transplant and discharged soon.

Dr. Navin Rajagopalan, medical director of heart transplantation at UK, notes that Walters' steady improvement is a testament not only to his personal strength, but that of Pittman, who has been her husband's rock through thick and thin.

“Mr. Walters has made tremendous progress in the weeks following surgery," Rajagopalan said. "It's a testament to his strong determination and courage. But his wife has also been by his side every step of the way, providing encouragement and optimism, which has helped him in his recovery.”

And on this day, when the heart is on the minds of people across the country, Walters marks it as just another day in the journey that began with his initial heart attack 17 years ago. He and Pittman try not to think too far ahead, but focus on living in the present. 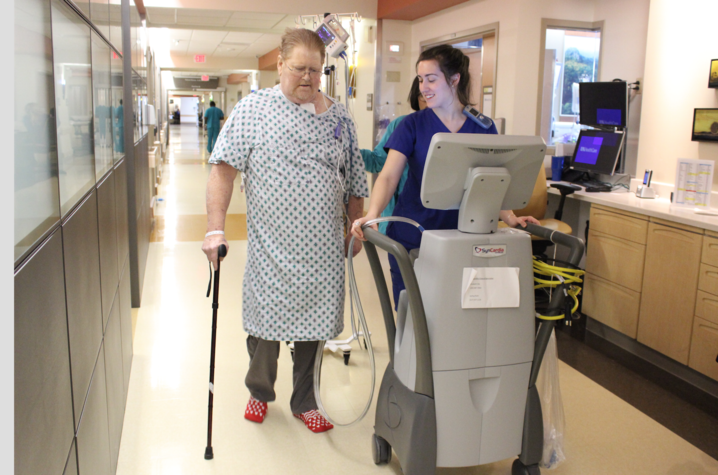 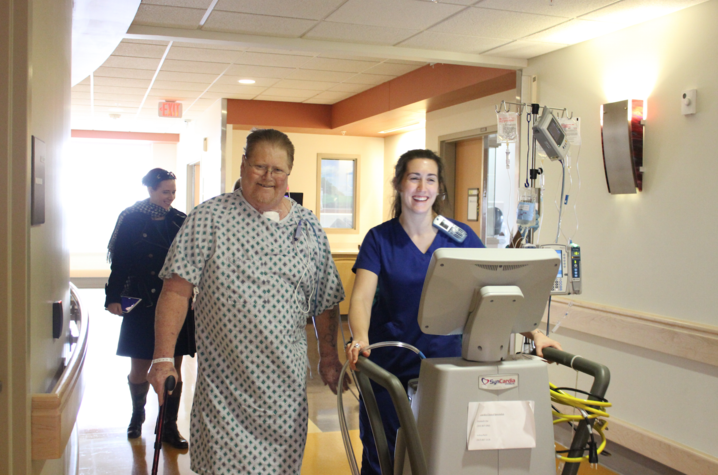 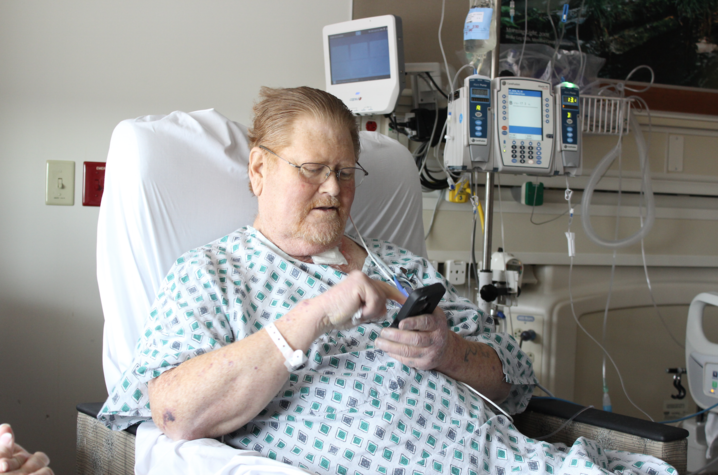 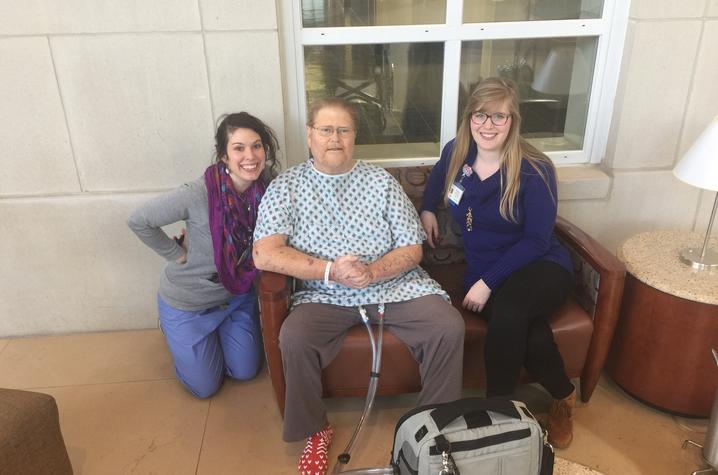