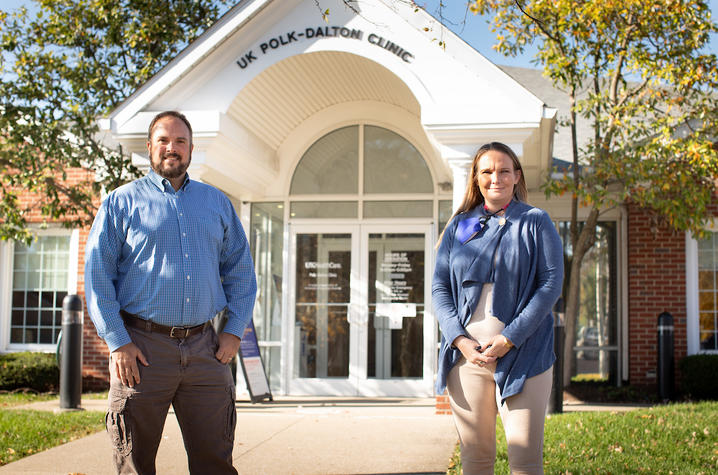 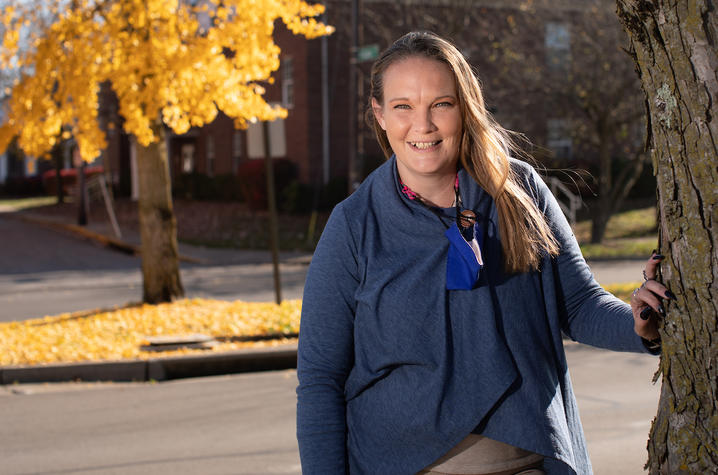 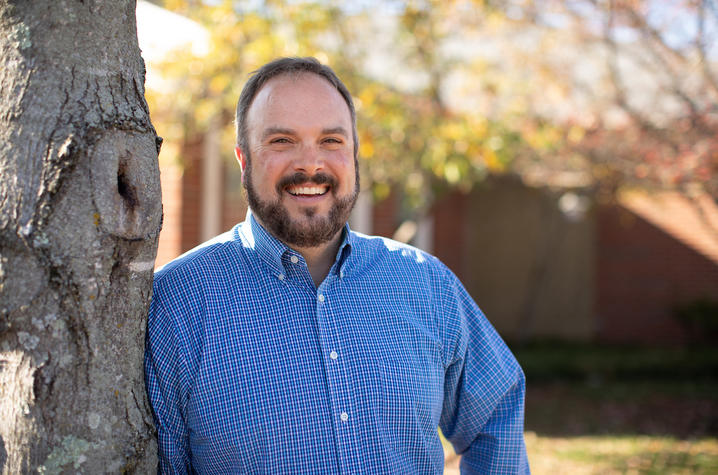 LEXINGTON, Ky. (Jan. 8, 2021) – After more than a decade of struggling with addiction, Fleming County resident Marie Vice found herself at a low point, taking herself to a local hospital in October 2015. She was pregnant, still actively using drugs, and suffering from extreme withdrawal.

“The doctor came in and said, ‘You need to let me get you somewhere where they can take care of the baby,’” she said. “’Because you’re about to lose him.’”

Vice was transferred to the University of Kentucky Albert B. Chandler Hospital, where she remained for two weeks while physicians treated her with antibiotics and fluids. During her stay, she was visited by nurse Diane Frankenberger, childbirth education coordinator for UK HealthCare, who told her about UK’s Perinatal Assessment and Treatment home (PATHways) program, designed to help pregnant women who were struggling with opioid use disorder (OUD).

Vice’s story is a familiar one for moms-to-be who have struggled with addiction. Many of her years as a teenager/young adult were spent in an abusive relationship. She’d spent more than a decade prior to PATHways riding a roller coaster of remission, recovery and relapses. She had sought professional help before, completing multiple residential programs in her home state of Florida, and had even experienced a four-year stretch where she says she was doing well and was not using drugs. But her disease affected other pregnancies and the custody of her children, and each trauma she experienced led to yet another relapse.

In 2009, she moved north to be with her parents in Kentucky, where they’d been helping care for one of her young sons. Shortly after, she met her husband, and managed to stop using drugs for another stretch. But after giving birth to a daughter in 2014, Vice said she relapsed again. By the time she was given the opportunity to join PATHways, she estimates she had attempted recovery from substance use disorder more than a hundred times. And the most recent relapse, she says, was “painful and awful.”

But Vice was determined to try again.

“Diane said that if I wanted, she could get me signed up and started right away,” Vice said. “And I said, ‘Yeah, tell me where to sign.’”

Developed in part by UK College of Nursing Professor Kristin Ashford, Ph.D., PATHways is a comprehensive opioid maintenance treatment program for pregnant women recovering from addiction and was born out of a necessity to serve a large population of prenatal patients coming to UK with substance use disorders.

Joy has spent 24 years working in addiction intervention and initially joined the program in 2016 as a therapist. He notes that there are “certain opportune moments” in a person’s life where they will slow down to evaluate what’s going on in their lives and look for motivation to make changes. Incarceration, undergoing a medical crisis, and pregnancy are some of these moments.

“We capitalize on that,” he said. “If there’s an increase in motivation to address their recovery, that’s where we want to bring them into this process. And one of the things we pride ourselves on is accessibility -- waiting lists are not an option for women who are seeking help. If a mom calls, we get her into clinic by at least the following Wednesday."

Pregnant women with a history of addiction can start the program as soon as they find out they are pregnant. In addition to getting obstetric care, patients receive individual and group therapy (virtually right now due to the pandemic), case management, peer support and access to Suboxone, a medication for opioid use disorder.

The weekly schedule of Suboxone was key to her initial success in PATHways, says Vice. But after she was able to switch to a monthly dose of the medication, she continued to come for group therapy every two weeks, knowing she needed to hear some messages over and over again before she would be ready to take further action.

“The consistency of PATHways, knowing that it was weekly, really helped me get stabilized at first,” Vice said. “But it took me about a year before I finally started paying attention, listening, and applying all the things they were talking about.”

The group therapy is one of the strongest aspects of the PATHways program, says Joy. Making sure the moms keep coming back is one way to ensure they’re getting their obstetric needs met, which improves the overall health of mom and baby.

Two years into her recovery, Vice decided to get training to become a peer support specialist in order to help other women struggling with addiction. Joy regularly asked her to come to PATHways group therapy to share her experiences with other patients.

But in 2018, he called her up with an even bigger request: UK had just received a $5.3 million grant for a new study called PATH Home, now led by Dr. Wendy Hansen, chair of the UK Department of Obstetrics and Gynecology. The study’s goal is to expand the current PATHways model to sites across Kentucky and to compare the effectiveness of educational interventions delivered through group care vs. telemedicine. Study sites include Ashland, Bowling Green, Corbin, Georgetown, Hazard, Louisville, Maysville, Middlesboro, Morehead, South Williamson and Winchester. Participants in the PATH Home program will be pregnant women receiving prenatal care at one of the study sites and currently receiving medication as part of their therapy.

“We’re kind of ‘home growing’ our peer support, and it’s always been a focus of our programs,” Joy said. “One thing that was missing in the peer support world was there weren’t a lot of women who had gone through a medication-assisted therapy program.”

This remains true for pregnant women, and Joy says making sure the PATHways patients have continual access to their medication throughout pregnancy and beyond is one of the key elements to the program’s success. To date, there have been no overdose deaths in women who are active in the program and using medication.

“I’ve seen that you can successfully wean pregnant women off Suboxone or methadone during their pregnancy, but a majority of them would relapse,” Joy said. “So just because you can do it, doesn’t mean you should. When we talk about putting moms on a long-acting medication like Suboxone, we’re helping to stabilize the brain. And there’s kind of a safety net effect in that it’s a blocker as well.”

For Vice, working for PATHways gives her a chance to help others while she continues to work on her own recovery. She alternates her time between the Polk-Dalton clinic and visits to the PATH Home participating locations across the state. Though it’s been more than six years since she’s used drugs, she vividly remembers the helpless feeling of not being able to stop doing the thing that was harming both herself and her future child.

“I know what it is to be pregnant, and to feel that baby move around inside of you while you’re sticking a needle in your arm because you ain’t got no choice,” she said. “I see it in these girls day in and day out. The beauty of being a peer is that you can meet the patients where they’re at – I don’t care if she’s still using, or thinking about recovery, or clean for six months – I can meet her where she’s at, because I know what that level feels like.”

To date, more than 500 patients have come through the PATHways program. After the moms have given birth, they transition to the Beyond Birth Comprehensive Recovery Center on the Eastern State Hospital campus, where they can get treatment and support as they navigate their recovery while caring for children up to age 5.

For Joy, who says his current position is the most meaningful he’s held in his 24 years of experience, working with this particular population is especially rewarding. People with substance use disorders often grew up in homes with close family members who also struggled with addiction, and he sees PATHways and Beyond Birth as the opportunity to effect change at a generational level.

“I absolutely love my work. I get to see two lives get changed: mom and baby,” he said. “And this is often a chance to intervene and impact two generations in one course of care. Watching our women take the brave steps of seeking help and seeking each other is just amazing.”

And after so many years of struggling with her disease, PATHways wasn’t just another chance at recovery for Vice – it was a second chance at life.

“If it had not been for PATHways, I would not be here today,” Vice said. “I was just at that time in my life. It was either get clean, or die. That’s all I had left to do.”