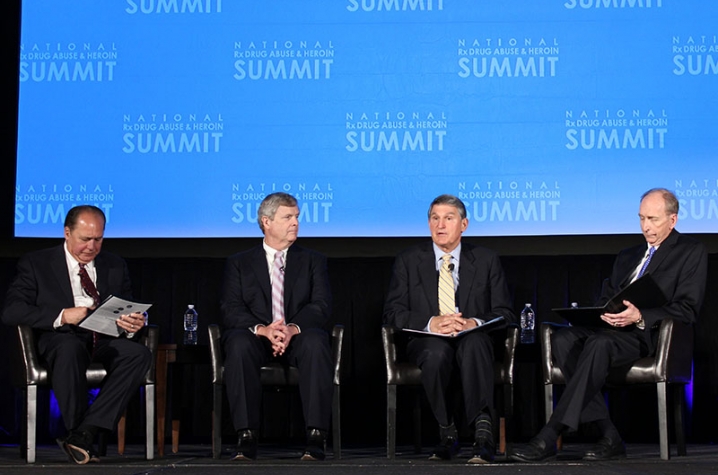 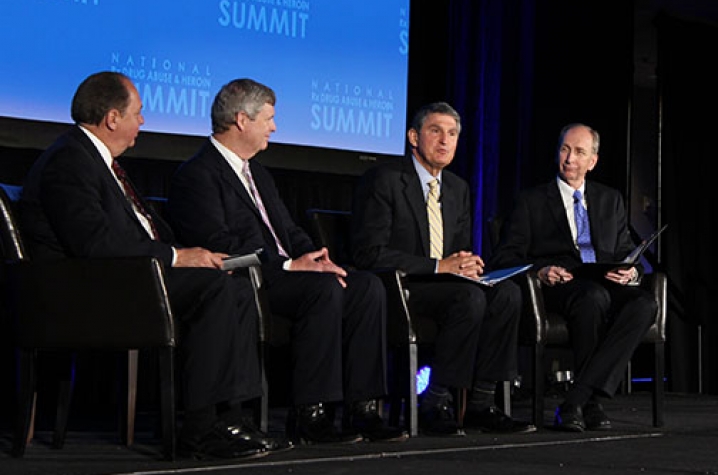 After the Welcome Keynote address given by United States Department of Agriculture (USDA) Sec. Tom Vilsack, Birdwhistell was joined on stage by Vilsack, Sen. Joe Manchin (D-W.V.) and Gov. Earl Ray Tomblin of West Virginia. UK HealthCare and University of Kentucky leaders will continue to serve as presenters, moderators, panelists and experts on the issue of prescription drug and opioid abuse throughout the summit organized by Operation UNITE.

The panelists commented on broad issues pertaining to the drug epidemic, including the stigma associated with opioid and prescription drug abuse and the impact of addiction on workforce development. They emphasized the importance of a coordinated response involving federal and state legislators, researchers, clinicians, and community members and organizations in a united effort to enact change.

"This issue is so paramount that it transcends partisan politics," Birdwhistell said.  "As Sen. Manchin noted tonight, this isn't a Democrat issue or Republican issue. It's an American issue. I appreciate Congressman Rogers' invitation to participate on the panel, and I look forward to seeing the continued progress of these efforts to combat opioid abuse."