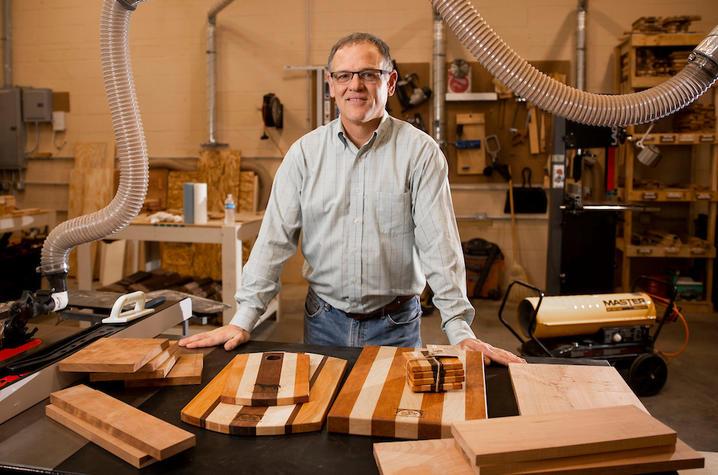 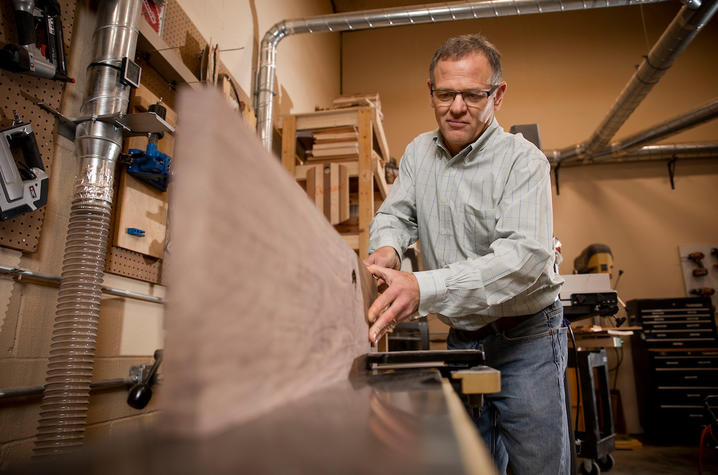 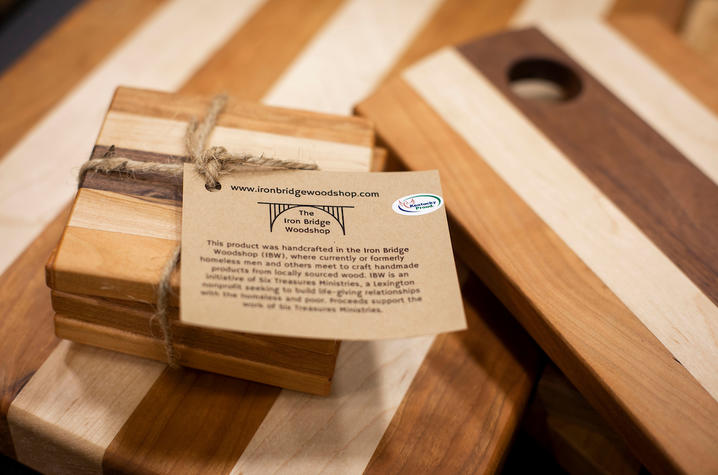 On the weekends, he serves patients at UK HealthCare’s Good Samaritan Hospital, where he works as a clinical pharmacist for Internal Medicine. Littrell was a professor in the University of Kentucky’s College of Pharmacy, where he taught future pharmacists important skills that would launch them into successful careers. He also serves in his local church.

It is his drive to teach and lead others that has inspired his latest venture – serving Lexington’s homeless community.

Six Treasures Ministries is a nonprofit that supports life-giving relationships with the homeless and poor. Robert founded the organization 10 years ago with his wife, Leslie.

“Leslie and I were kind of in a quandary back then. We had been pretty faithful church-goers for years and we just felt like there was more we could do,” Robert said. “We wanted to get outside of the church and do something good within our community.”

Several area churches, including the Littrells' church, participate in a program called “Room in the Inn.” Each week, a church opens its doors to homeless men in Lexington for shelter from the cold. Robert started volunteering for the program, which runs between October and March.

“After March, I thought, ‘What do we do now?’ We have just gotten to know these men and the idea is to build relationships with them, not wait again until November,” Robert said.     For the next several months, every morning before work, Robert made his way down Limestone Street to meet up with several of the homeless men at McDonald’s. He started getting to know them, inviting them to his home for dinner and even threw one of them a birthday party. The gatherings turned into more frequent get-togethers, as the Littrells began to incorporate the men into their lives. They invited them to their parents’ home for Christmas dinner, to their daughter’s soccer games and their son’s scouting events. They wanted to share and create a family.

“It took many of these guys a long time to get into the position they’re in and we realize it often takes just as long for them to come out of that,” Robert said. “The work can be frustrating, but we have some really great success stories.”

He remembers working with one homeless man who had struggled with heroin addiction. He was also a dealer. After befriending him, Robert and Six Treasures Ministries helped to support him emotionally and financially, eventually helping him navigate through classes at UK. Robert said the man graduated from the university with a double major. He now works at a software company and is married with one child.

Another homeless man used to live in a tent near downtown Lexington. Six Treasures Ministries helped him find an apartment, where he has lived for three years now – after 40 years of living on the street.

Five years after starting Six Treasures Ministries, Robert had one of his new friends over to his house. He remembers Leslie asking him to make a cutting board for their daughter. Robert suggested he and his friend work on the project together.

“It actually turned out really nice,” he said. “When she saw it, Leslie suggested we make more and give them as Christmas gifts to our nonprofit’s board of directors. Things sort of took off from there.”

Over time, demand for more cutting boards continued to rise, and while the projects became more plentiful, so did the number of men who wanted to help. Robert and other volunteers from the nonprofit worked with the homeless men once a week to craft hand-made wood products in his basement. After each session, the group shared a home-cooked meal together in the Littrell’s kitchen.

After several months of woodworking, they were running out of space. The nonprofit hosted a successful fundraiser to open the stand-alone shop on National Avenue. They call it the Iron Bridge Woodshop.

“It’s a place where these homeless men can walk in and people know their name,” Robert said. “Too often, the homeless get passed by. People don’t make eye contact with them because they’re afraid they’ll ask for something. It dehumanizes people. Here, they’re family.”

The products that the men create are pieces of art: a mix of locally sourced dark and light wood effortlessly sanded together into cutting boards, coasters and Kentucky state carvings. They sell the pieces online at Etsy and in local shops, like Decorator Warehouse, Wildcat Wearhouse in Fayette Mall and the VisitLex Gift Shop.

Robert said those involved are proud of the pieces – and the life-changing work behind them.

“I see people pull up in a Mercedes. They get out and walk into the shop and they start slapping someone on the back who slept in a tent the night before, like they’re best friends,” Robert said. “In a lot of cases, they really are good friends – and that is so satisfying.”

Robert hopes to expand their work in the new year. Depending on the number of volunteers, which continues to grow, it’s possible the class could meet three times a week. All proceeds from their sales go directly back to Six Treasures Ministries.

He encourages others to get involved.

“Too often, we don’t consider the homeless a part of our community, but it’s helpful and healthy to hear their stories and understand where they come from,” he said. “It only makes us more connected, more invested in what and who makes up our community.”

For more information about how to get involved, visit the Six Treasures Ministries and the Iron Bridge Woodshop websites, or email robert_littrell@sixtreasures.org.