LEXINGTON, Ky. (Dec. 21, 2015) — Darrell Raikes waved sleepily to his wife Sarah as they wheeled him down to the operating room for a routine knee replacement on May 26th. He woke up in the Critical Care Unit on June 17th.

"This was my second knee replacement, so we didn't even think twice about it," said Darrell. "I guess you could say I took the scenic tour."

The 52-year-old engineer, who was in otherwise excellent health, sailed through his surgery.  "He even walked a bit and ate that evening," recalled his wife Sarah.

But later that night, his blood gases dropped to about 40 percent and he began bleeding into his lungs. He was immediately transferred to the Medical Intensive Care Unit (MICU) at UK HealthCare, where Dr. Ashley Montgomery, Darrell's critical care physician, had to navigate tricky territory.

"We like to think that medicine is an exact science, but there often isn't a 'yes or no' answer to a patient's medical problems, particularly in an ICU situation where multiple organ systems are involved and the treatment for one problem is contraindicated for the patient's other problems," Montgomery said. "We talk to the patient and family, use the best data available and make an informed decision about how to best care for them."

In Darrell's case, the drugs that are standard care to prevent blood clots post-knee replacement would also contribute to Darrell's bleeding into his lungs. He also required paralytics — which helped keep his oxygen levels up and reduce the chances of his lungs bleeding again — twice during his four week ICU stay, which isn't conducive to recovery following a knee replacement.

"We almost lost him several times," said Ron Simpson, RN, a 22-year MICU veteran and the nurse in charge of Darrell's care team.  At one point, Darrell bled so much that his breathing tube became clotted with blood, cutting off his oxygen supply. Simpson held up Darrell's cell phone so the team could see a picture of fisherman Darrell proudly displaying the day's catch.  "We need to get him back to this," he shouted.

And they did. Montgomery and her team inserted an IVC filter in Darrell's inferior vena cava. This umbrella-like device catches circulating clots and prevents them from travelling to the lung. They also ordered a Continuous Passive Movement  (CPM) machine, which functioned as a sort of physical therapy, preserving the integrity of the knee replacement and its range of motion. On June 30, Darrell was transferred to a long-term acute care hospital, and subsequently a rehabilitation hospital.  He was home by July 22  — 58 days after his initial surgery. The range of motion in his knee is an astonishing 140 degrees, and he felt well enough to run (although Darrell admits it was more of a walk) his first 5K in his hometown of Lebanon, Ky., this past September.

Most people find an ICU stay so stressful that they never want to return.  Not so for Darrell and Sarah.  The bonds they formed with their ICU team are for a lifetime, they say.

"Whenever we are in Lexington, we stop by with treats and hugs," Sarah said.  "We will be grateful to them forever."

Sarah points out that it was more than just Darrell's medical care that makes this so. The team's personal attention and support made a nightmare easier to manage.

"Dr. Montgomery stopped to talk with me and answer questions every single day, whether or not the news was good," Sarah recalled. "She never kicked me out of the room when things were critical, and she was always honest about Darrell's condition.  I really appreciated that."

Sarah's 50th birthday and their 28th wedding anniversary both fell during Darrell's ICU stay. Each time, the nurses decorated Darrell's room with balloons, streamers, flowers and a cake. And when Darrell was finally well enough to drink on his own, he wished aloud that he had watermelon juice and not just water to drink.  A nurse offered watermelon from her own lunchbox for Darrell to suck on.

While Montgomery admits that Darrell is especially dear to the team, he didn't get special treatment.

"The team brings that attitude to every room, every day," Montgomery said. "Their attitude is reflected in the quality of care they provide the patient, and the quality of life they bring to the people who love that patient."

Darrell and Sarah echo that statement.

"Those people were our blessing, and we think so highly of them," Darrell said. "They will always be a part of my life." 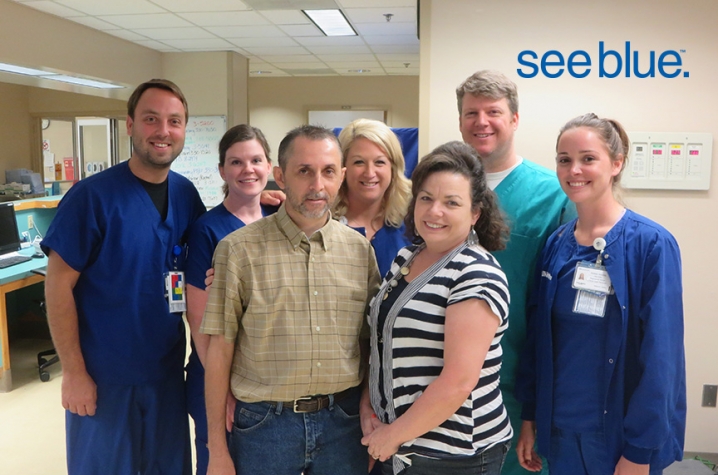 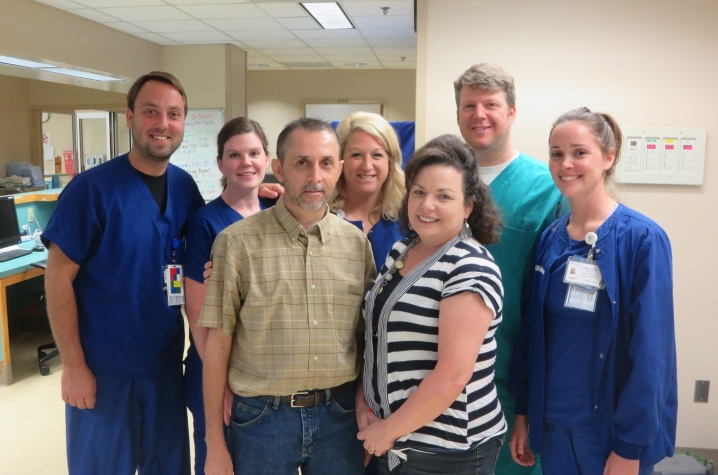 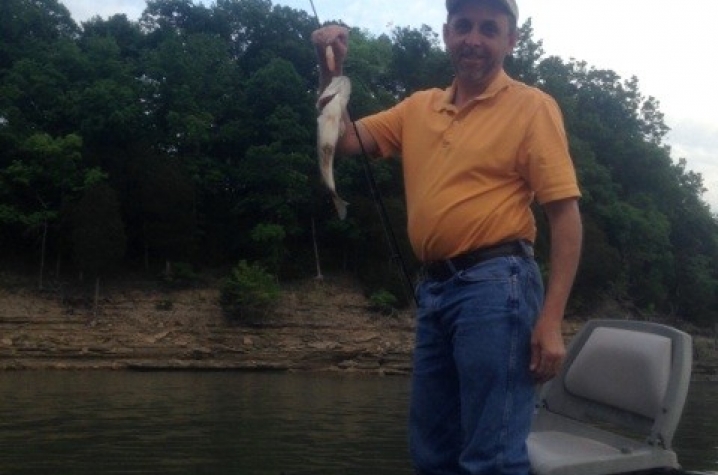 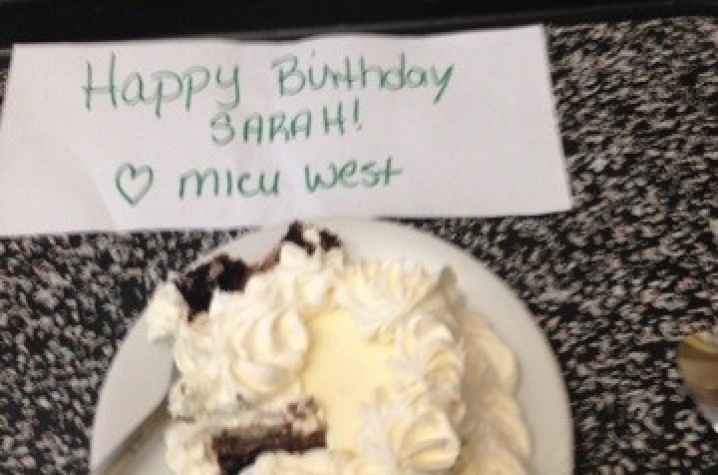 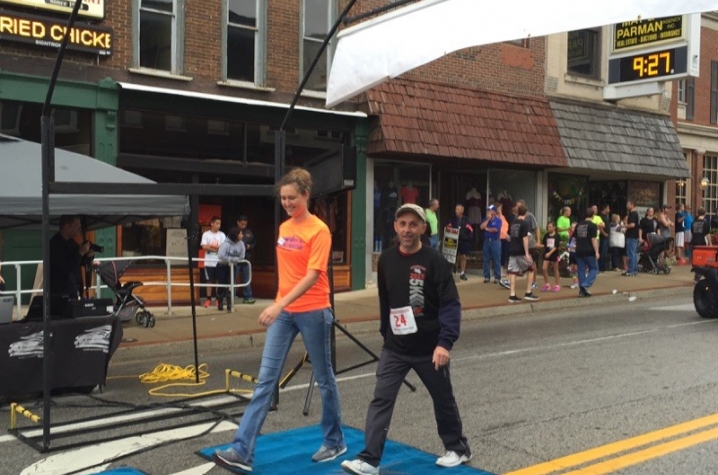 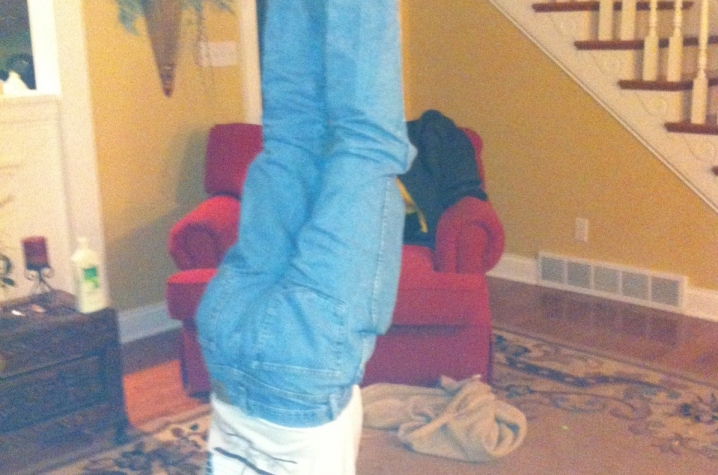