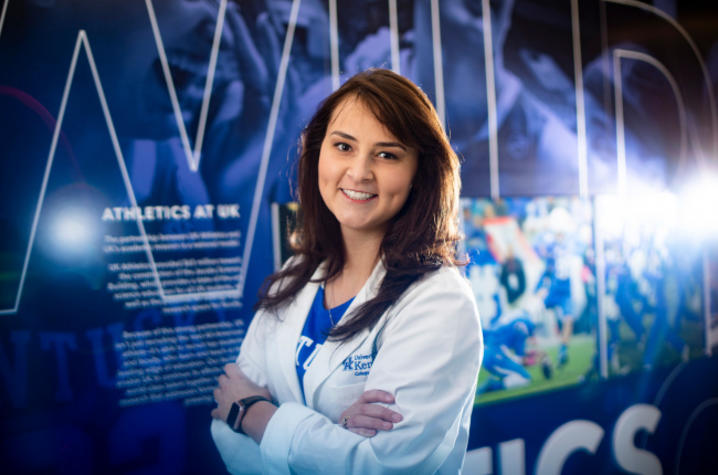 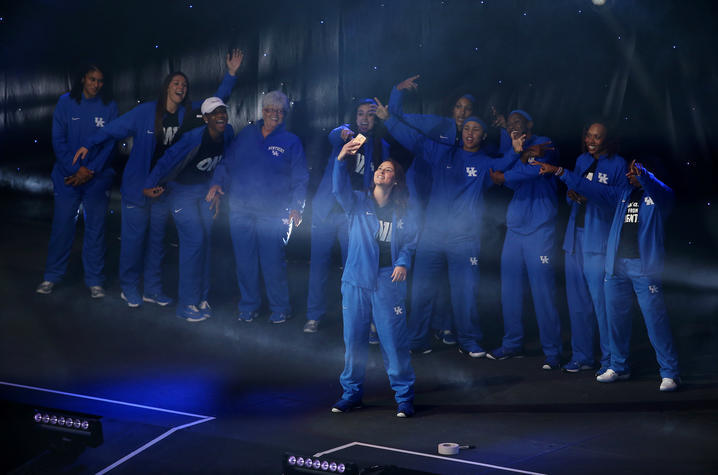 LEXINGTON, Ky. (March 18, 2022) — As a former college basketball player, March has always been exciting for Rachel Potter. This year, as she prepares to graduate from the University of Kentucky College of Medicine, the month holds even more significance.

Instead of March Madness, Potter’s focus is on Match Day, an annual celebration recognizing medical students across the country as they simultaneously learn which residency program they “matched into” and will pursue. At noon today, Potter and her classmates will open their envelopes and discover where their careers will take them next.

Potter is excited to reach this pivotal career milestone, which she compares to college basketball’s Selection Sunday.

“The build-up is the same, trying to figure out where you're going to end up after all this hard work that you put in,” Potter said. “The work, the effort, the energy, and even the camaraderie in medicine and basketball are very similar.”

Potter’s inspiration for pursuing medicine came from her father, who completed medical training while she was growing up and now works as a family medicine physician in her hometown of Pikeville, Kentucky. Not only did she want to follow in his footsteps, but she also saw medicine as a way to eventually give back to eastern Kentucky.

She assumed that medical training would force her to push aside her other dream – playing basketball in college, particularly at UK. However, in the midst of her undergraduate degree, she got the call of a lifetime. There were walk-on positions available for the UK women’s basketball team.

“It was a dream of mine coming true, so it was a no-brainer for me at that point,” Potter said.

She fulfilled that dream for one season. Then after graduation, she officially traded her jersey for a white coat to begin her journey at the UK College of Medicine.

Though she isn’t playing college basketball anymore, Potter maintains her UK basketball fanhood. During the Southeastern Conference Women’s Basketball Tournament Finals, Potter was volunteering at UK’s DanceBlue event, but she had her phone on her at all times keeping up with the game until Dre’una Edwards drained the three-pointer in the final seconds to seal the victory. Potter said she will continue to watch both the men’s and women’s teams as they begin their tournaments the same week as Match Week.

As one lifelong dream is realized, another is just beginning. And no matter where she ends up for residency, Potter said she hopes to come back to practice in the state she has always been proud to call home.