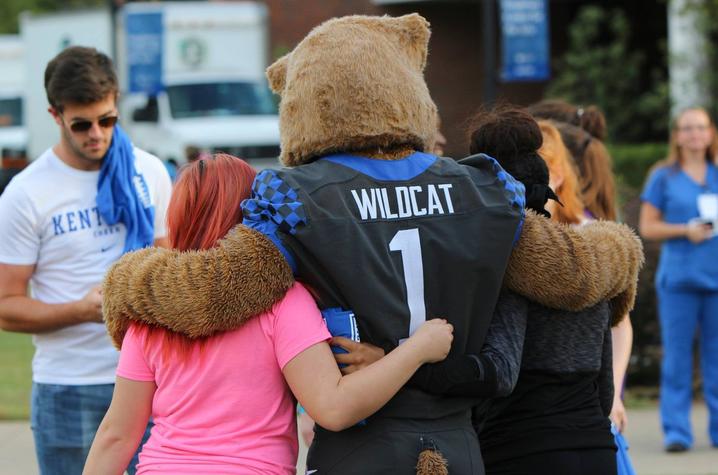 One week ago, our community experienced a potentially dangerous incident.

As President Capilouto described to the campus, a man was seen entering Buell Armory last Monday afternoon. An employee in the armory saw him and suspected he was carrying a gun. The employee immediately called the UK Police Department, alerting officers who arrived on the scene within 90 seconds to quickly apprehend the suspect. Police confirmed that the individual was carrying a gun.

I’m grateful for the UK Police Department’s exceptional and expeditious response. It was a testament to their training and talent that they were able to resolve the situation and return our campus to safety in a matter of minutes.

This instance also exemplified our shared obligations. Campus safety is a responsibility that each member of the UK family shares. The employees who—sensing something concerning and suspicious—immediately reported it to UK Police. They did their part in maintaining a safe and secure environment personally and on behalf of the community.

Join me in thanking everyone involved for their swift and smart actions.

Of course, campus safety and security manifests in a variety of ways. That’s why the UK Police Department has established new—and continues building on existing—initiatives to build trust among the community, such as:

These are just a few examples of UK Police partnering with the community, underscoring the important notion that campus safety is everyone’s responsibility.

After all, nothing is more important than keeping members of the UK family safe. Thank you for the role you play in that mission.