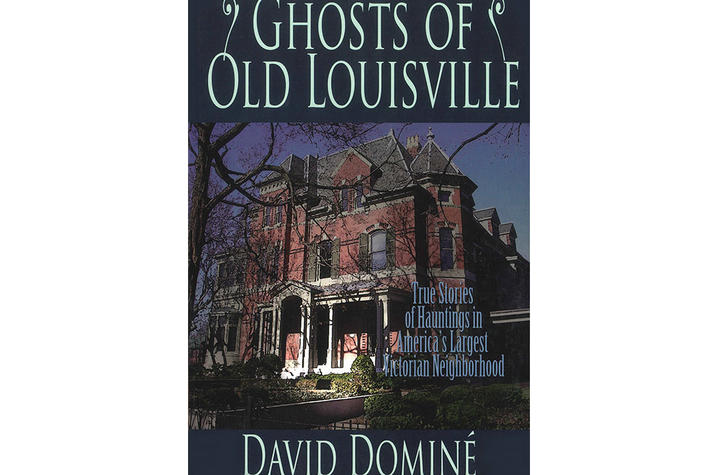 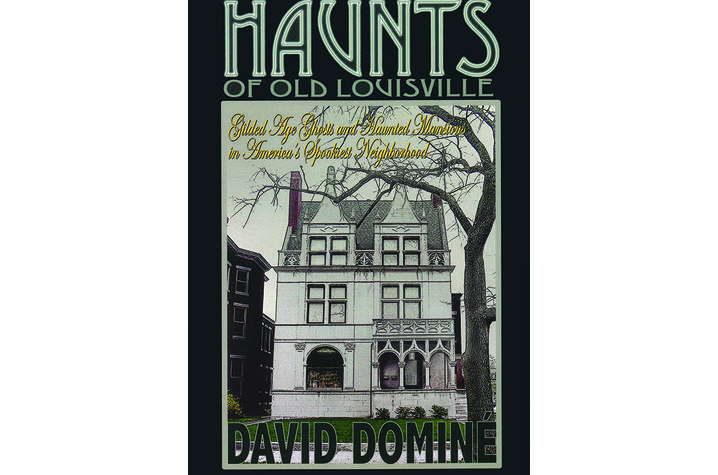 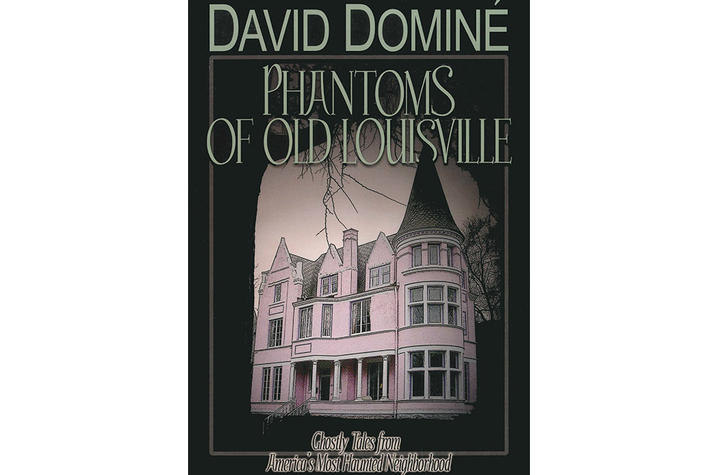 LEXINGTON, Ky. (Oct. 25, 2017) — When David Dominé moved into a house in the historic Old Louisville neighborhood in Louisville, Kentucky, he dismissed local rumors of a resident poltergeist named Lucy. Before long, however, unnerving, disembodied footsteps and mysterious odors caused him to flee his home in the middle of the night.

What began as a search to find rational explanations for the strange occurrences turned into a new life as a guide of ghost tours and author of a bestselling collection of books from University Press of Kentucky (UPK) — “Ghosts of Old Louisville,” “Phantoms of Old Louisville” and “Haunts of Old Louisville” — which have brought new attention to this iconic neighborhood. These books are once again available in paperback to chill and delight Louisvillians and fans of ghost stories everywhere.

The first of Dominé’s collections, “Ghosts of Old Louisville,” recounts local stories about famous psychic and Louisville native Edgar Cayce, who amazed an ill friend by prescribing a homeopathic remedy called “oil of smoke” that the pharmacy didn’t even know it carried until Cayce told them where to find it. It also relates the tale of the “Lady on the Steps,” who waits for eternity on the stairs at the First Church of Christ, Scientist for a rendezvous with her intended, a dashing soldier who died in the 1918 influenza epidemic. Rich with interesting historical tidbits and vivid architectural descriptions, this volume also includes stories about Fountain Court and the infamous Waverly Hill Tuberculosis Sanitorium, the institution that once helped earn Louisville the nickname “The Graveyard of the West.”

“Phantoms of Old Louisville” tells the story of Uncle Fred DuPont, a 19th-century Louisville socialite who met his untimely demise at the hands of an angry mistress in 1893, and the ghost of Hattie Bishop Speed, the second wife of James Breckinridge Speed, who can sometimes be heard playing piano in their former residence on Ormsby Avenue. Dominé also records tales of unexplained phenomenon at the Seelbach-Parrish House, the Louisville Free Public Library and Monserrat, the stately red-brick Italian Renaissance Revival home at the corner of York and Fifth.

His third collection, “Haunts of Old Louisville,” takes readers inside the William Stewart Culbertson mansion, where Cordelia Culbertson stalks the halls restless about the upkeep or, perhaps, fueled by the strange energy emanating from the “punishment room,” where the strict couple locked their misbehaving children. Dominé also tells of the two quarrelsome Bowen sisters, who sit in rocking chairs and watch passersby from their separate, private porches on Millionaire’s Row. He also reveals the mysteries of the Old Filson Club, Kentucky’s first embalmer, the Walnut Street Baptist Church, the Russell Houston House and Rocking Horse Manor.

Old Louisville in Louisville, Kentucky, is the third-largest National Preservation District in the United States and the largest Victorian-era neighborhood in the country. Beneath the balconies and terraces of the district’s Gothic, Queen Anne and Beaux-Arts mansions, current residents have long traded riveting stories about their historic homes. Dominé has recorded these tales in incredible detail, which not only entertains but also helps preserve this historically and architecturally significant community.

David Dominé is the author of numerous articles and books including “Adventures in New Kentucky Cooking with the Bluegrass Peasant” and “Splash of Bourbon: Kentucky’s Spirit: A Cookbook.” He earned his master’s degree in writing from Spalding University and teaches foreign languages and translation at Bellarmine University.