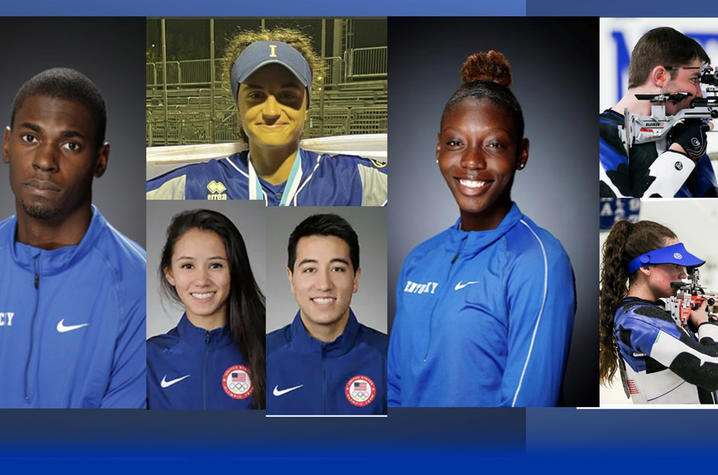 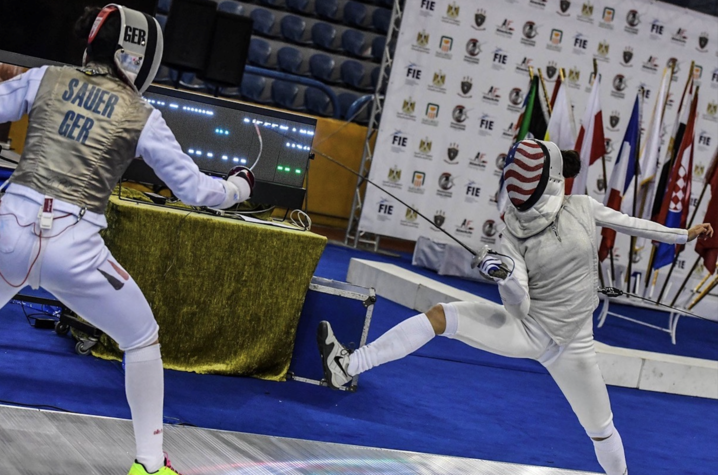 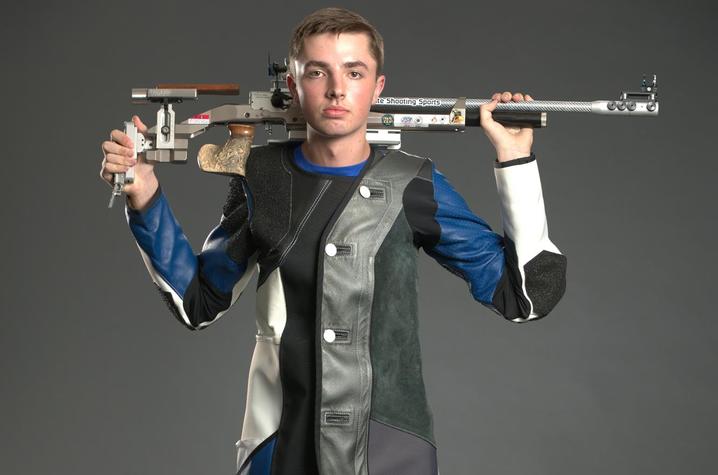 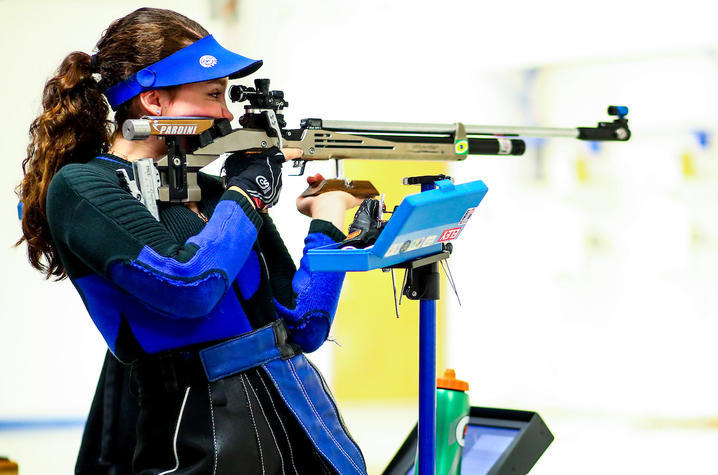 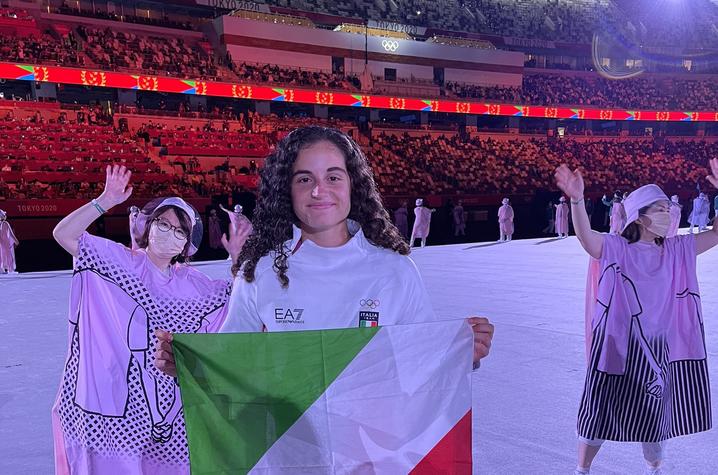 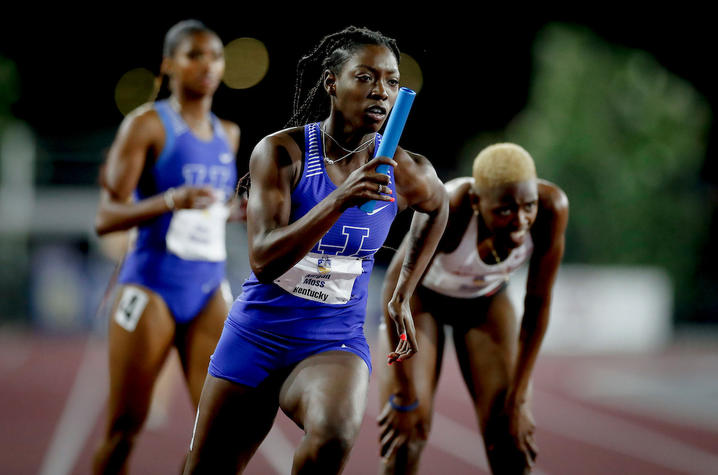 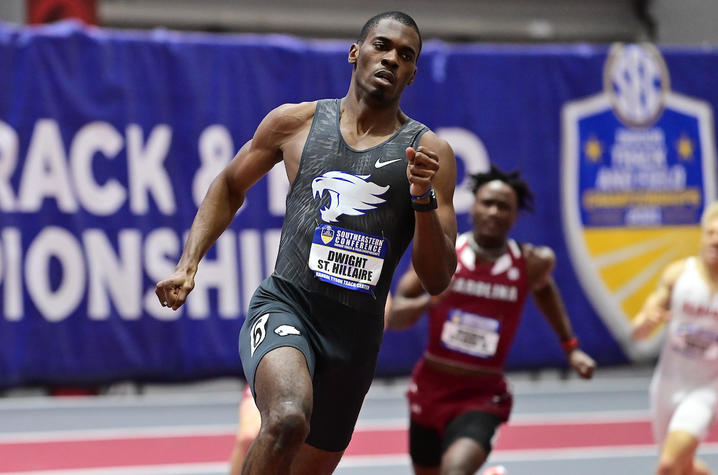 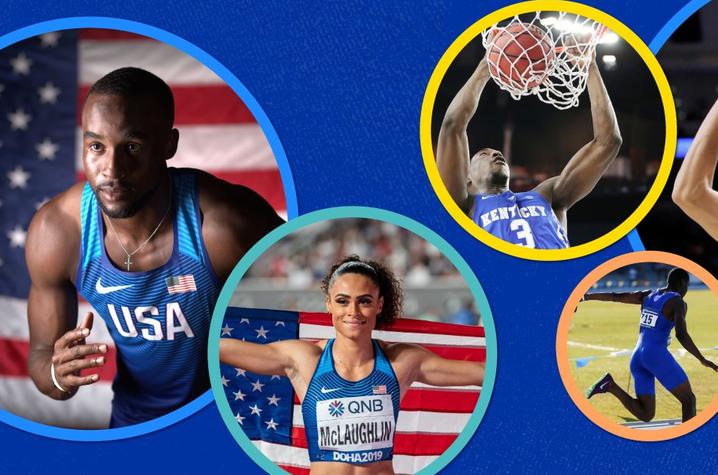 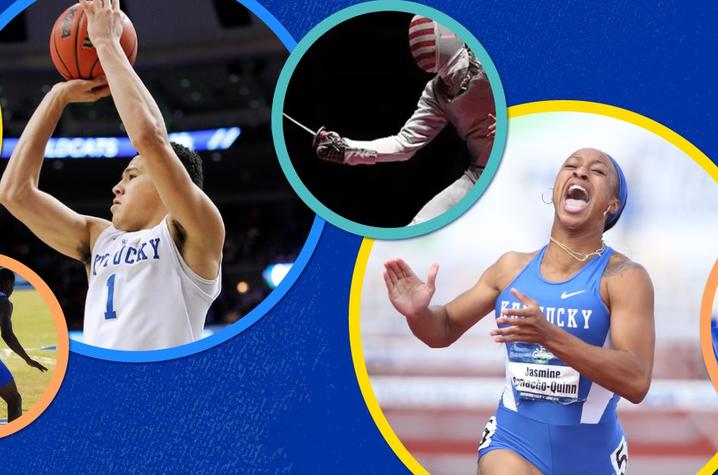 LEXINGTON, Ky. (July 23, 2021) — As the eyes of the world turn to Tokyo for the delayed 2020 Olympics, University of Kentucky fans may spy many students, alumni and staff competing for their home countries for the first time as the Parade of Athletes enter Olympic Stadium during the opening ceremony this morning. From basketball, softball and track and field to shooting, swimming and fencing, the 22 UK competitors shatter the previous school record of nine men's basketball players in 1948.

Out of the 22, four are current students competing for the “Red, White and Blue” — Lee Kiefer, Gerek Meinhardt, Will Shaner and Mary Tucker.

UK College of Medicine's married competitors Lee Kiefer and Gerek Meinhardt — who are currently students at the university, but not part of the varsity athletics program in UK Athletics — have competed in multiple Olympics in fencing and will compete again this year. Kiefer, a Lexington native and Paul Laurence Dunbar High School alumna, is competing in her third Olympics in the discipline of foil fencing. Meinhardt will be representing the U.S. in his fourth Olympics after winning bronze in the 2016 Rio de Janeiro Games. Kiefer captured the gold becoming the first American woman to win an Olympic medal in individual foil. Meinhardt won his second bronze medal in men's team foil as part of Team USA.

Will Shaner, a senior majoring in economics in the Gatton College of Business and Economics, won gold in the men’s 10-meter air rifle on July 25 becoming the first Wildcat to medal in Tokyo. He will compete again in mixed shooting 10m air rifle. Prior to representing the U.S. he was the NCAA air rifle individual national runner-up in 2021, helping Kentucky to its third national team title. Shaner was a first-team Collegiate Rifle Coaches Association All-America in all three disciplines in 2021 and was first-team overall in 2020. Additionally, he was a nine-time first-team All-Great America Rifle Conference honoree and was named national rookie of the year as a freshman in 2019.

Mary Tucker and teammate Lucas Kozeniesky earned silver in the mixed team shooting 10-meter air rifle July 27 placing behind China's team of Yang Qian and Yang Haoran. Tucker previously placed sixth in women’s 10-meter air rifle. She will compete one more time in the women’s 50-meter smallbore. She is the only UK athlete to qualify for the Olympics in both air rifle and smallbore. Before her Olympic debut, the sophomore majoring in kinesiology in the UK College of Education, was the smallbore, air rifle and overall individual NCAA Champion in 2021, leading the Wildcats to a third national team title in program history. She was also two-time National Athlete of the Year by the Collegiate Rifle Coaches Association and is a first-team All-America honoree in all three disciplines each of the last two seasons.

Three other UK students, Alexia Lacatena, Megan Moss and Dwight St. Hillaire, and a coach, Devynne Charlton, will exchange their blue and white for their home countries’ colors as they compete in softball and track and field.

Ranked 37th nationally in the recruiting Class of 2021, incoming College of Education freshman and UK softball player Alexia Lacatena already took the mound earlier this week playing for Italy. The pitcher is a member of the country’s 2021 European Softball Championship team. Lacatena previously played for Lenape Valley High School in Stanhope, New Jersey, where she was first team all-state twice.

UK track and field’s Megan Moss, a human health sciences junior in the UK College of Health Sciences, will run the 4-x-400 meter relay for the Bahamas after finishing third in the 400-meter dash at The Bahamas National Championships. At UK, Moss was first-team All-America in the 4-x-400 at the 2021 NCAA Indoor and Outdoor Championships, where Kentucky finished fifth and eighth, respectively. In February, she ran the lead leg on the relay team that set the UK indoor record.

Devynne Charlton, a volunteer assistant coach for UK’s track and field team, will also compete in Tokyo for the Bahamas. Charlton will run the 100-meter hurdles for the country. An alumna of Purdue University, she won an NCAA silver medal in 100 hurdles and NCAA silver and bronze medals in the 60-meter hurdles.

Joining the eight Wildcats above in Tokyo will be 14 UK alumni — seven competing for the U.S. and seven others representing Puerto Rico, Jamaica, Mexico, New Zealand, Norway and Zimbabwe.

The other UK alumni competing in Tokyo are:

To cheer on your favorite Big Blue athletes through the run of the Olympics ending Aug. 8, check television local listings for NBC, NBCSN, USA Network, CNBC, Olympic Channel, Telemundo and NBC Universo; online at NBCOlympics.com and the NBC Sports app; and streaming on Peacock. The opening ceremony will re-air beginning at 7:30 p.m. tonight (July 23). The competition schedule for sports featuring UK athletes, with all dates based on Tokyo time are as follows: