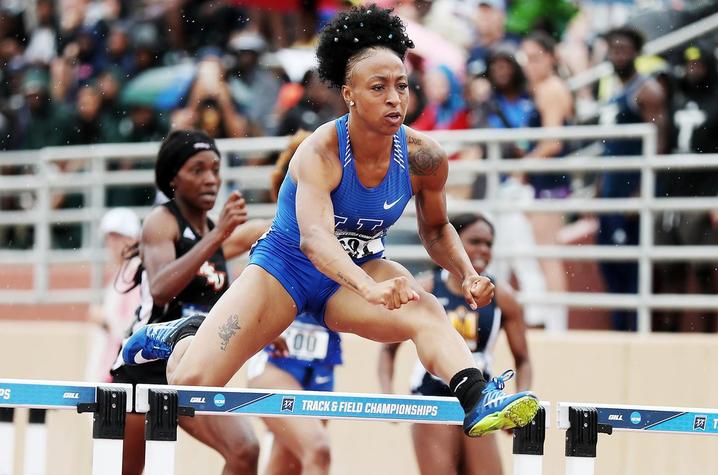 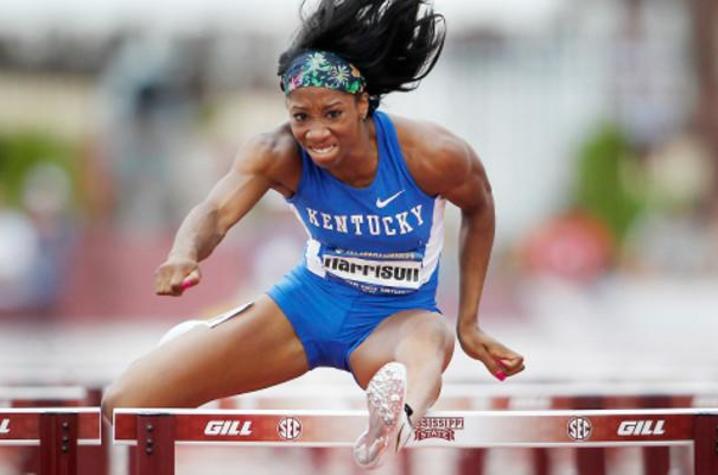 Devynne Charlton of Team Bahamas, a volunteer assistant coach for Kentucky track and field and a Purdue University alumna, finished sixth in finals with a time of 12.74.

Camacho-Quinn, a native of Charleston, South Carolina, earned the Olympic record in the 100m hurdles semifinals (12.26) around 16 hours before her gold medal performance (12.37).

Her gold medal is redemption for the Rio 2016 Olympics when she came close to a finals berth but tripped on a hurdle in semifinals.

Harrison, the world record-holder in the 100m hurdles, ran for silver with a time of 12.52. She failed to qualify for Rio 2016 despite winning nearly all her races except at the Olympic Trials final, but redeemed herself by setting the world record of 12.20 in another competition in July 2016. Harrison, a native of Clayton, North Carolina, holds a bachelor’s degree in community and leadership development from the College of Agriculture, Food and Environment.