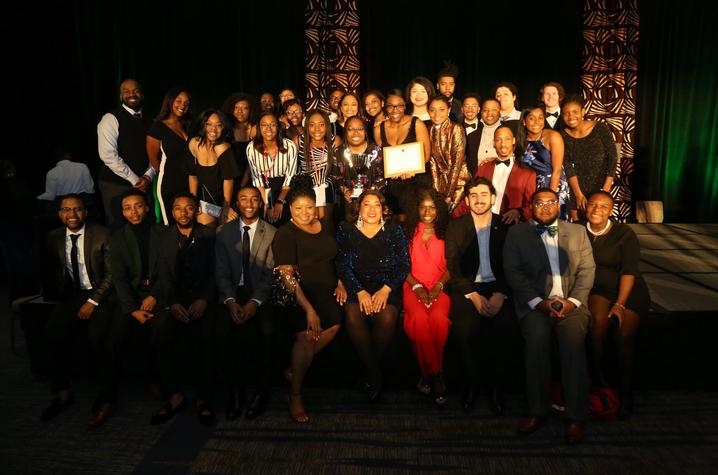 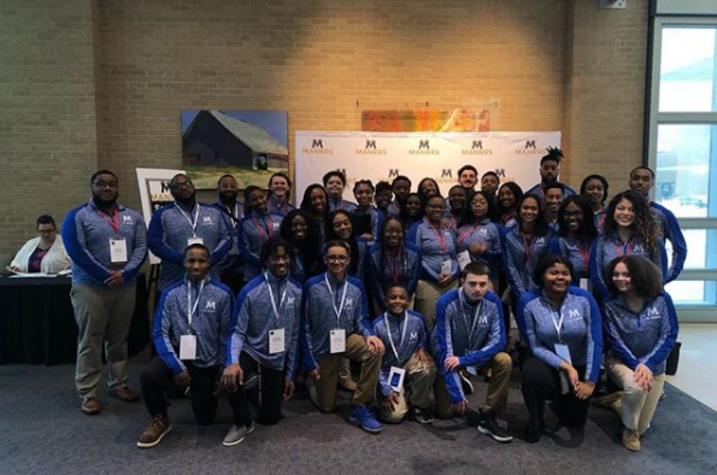 LEXINGTON, Ky. (April 12, 2019) — For the seventh consecutive year, the University of Kentucky MANRRS chapter was named National Chapter of the Year at the 34th annual Minorities in Agriculture, Natural Resources and Related Sciences conference. The chapter is housed in the UK College of Agriculture, Food and Environment.

Mia Farrell, interim director of the college’s Office of Diversity and chapter advisor said seven in a row has nothing to do with luck.

“Our students work hard to achieve this national recognition,” she said. “We are committed to helping promote and advance members of ethnic and cultural groups that are underrepresented in agriculture and related sciences. Our students are dedicated to making our chapter the very best, and it shows year after year as they are recognized nationally for their efforts.”

Farrell, co-advisor Ashley Holt and more than 50 UK MANRRS delegates made the trip to the national conference in Overland Park, Kansas, and many brought home awards.

Jericho Curry, a senior majoring in community and leadership development, received the prestigious U.S. Department of Agriculture Farm Service Lead Agent Award. He is one of just five members in the nation to win the award.

“I don't do what I do for UK MANRRS for accolades, but I do it to make sure I give back to those coming after me like the ones before me did,” Curry said. “I always tell myself that I’m not winning until my whole team is winning. Therefore, receiving this award among five other scholars across the nation means a lot. It shows that my hard work and dedication doesn't go unnoticed.”

“It seems each year, our organization just gets stronger,” Farrell said. “I am proud of what our current members are accomplishing, and I look forward to the future. Kentucky is making a difference in diversity nationwide.”