Watch the trailer for "Exploring the Legacies of Appalshop Oral History Project" above.

LEXINGTON, Ky. (May 26, 2020) — As nonprofit Appalshop celebrates its golden anniversary serving as one of Appalachia’s most celebrated hubs of creativity, University of Kentucky Libraries’ Louie B. Nunn Center for Oral History in partnership with UK alumnus and historian Jeff Keith have launched a collection of more than 50 interviews on the beloved organization online.

Known globally for documentaries and films, the Kentucky-based nonprofit has served as a regional creative hub for a theater troupe (Roadside Theater), a record label (June Appal), a literary magazine (Mountain Review), a community radio station (WMMT), an educational program (Appalachian Media Institute), a professional archive (Appalshop Archive) and an array of community-building activities. In “Exploring the Legacies of Appalshop Oral History Project” individuals who have worked with the organization share their own experiences on what makes the nonprofit a success.

Though Appalshop has made a name for itself over five decades, surprisingly there is little historical documentation available on how the organization itself works.

“It is hard to recall when Appalshop first entered my consciousness, but I've been impressed by the organization for as long as I've known its name,” Keith said. “The idea of people gathering to make media and art in a corner of rural America known mostly for socioeconomic challenges captured my imagination and inspired me to learn more about the southern mountains through Appalshop films and recordings. Eventually, that work led me to learning more about the history of Appalshop, too.”

Keith, who earned his doctoral degree in history from UK, began to research Appalshop at the urging of his former advisor, noted historian Ron Eller, professor emeritus in the UK College of Arts and Sciences. A new professor of Appalachian studies at Warren Wilson College, located in Swannanoa, North Carolina, Keith was alarmed by the lack of resources related to such a storied organization.

“I found it frustrating that there wasn't more historical research about Appalshop, especially because I have taught courses on Appalachian documentary film and Appalachian music, and so I set about doing the kind of research I wanted to see out there.”

Wanting to mirror his own methodology with Appalshop's emphasis on the importance of letting people tell their own stories, Keith decided to pursue oral history interviews with the individuals behind the media and art that emerged from the nonprofit. In addition, he already had a center with expertise in the field and subject matter in mind as a home for the collection.

“The decision to create an oral history project about Appalshop felt natural to me, and UK's Nunn Center was the logical archival partner for my work because of my connection to UK and because it has earned an international reputation for cutting-edge work in the field of oral history, digital video history, and, of course, OHMS. The Nunn Center's director, Doug Boyd, has been a steadfast partner, and his team of archivists provided me with an incredible amount of professional support.”

Boyd and his team were delighted to partner on the project, noting the importance of a collection based on such significant work.

"For the past 50 years Appalshop has specialized in telling stories, and empowering individuals and communities to tell their own stories. This oral history project turns the microphone around and documents the stories of the people who have made Appalshop so innovative and unique.

"As the project title suggests, these oral histories explore the legacies of Appalshop and the impact this institution has had on Kentucky and on the Appalachian region, as well as on 'place-based' media, creative expression and on activism," Boyd added.

“Exploring the Legacies of Appalshop Oral History Project” features 55 long form interviews collected between 2015-18 with 39 individuals who discussed their lives and their paths to, through and away from Appalshop. Viewers of the collection can hear from administrators and employees of the nonprofit, as well as activists, artists, filmmakers, musicians and producers, including Beth Bingham, Rich Kirby, Mimi Pickering and Brett Ratliff.

Thanks to the partnership with the Nunn Center, researchers and viewers can easily navigate the collection on Appalshop online by subject and other search parameters using the center’s OHMS (Oral History Metadata Synchronizer) technology. The collection’s online digital exhibit also offers value added context on this collection here.

With “Exploring the Legacies of Appalshop Oral History Project” now available to the public, Keith hopes the interviews will lead to even more research into Appalshop’s mission.

“This work feels important on account of where the nation, Commonwealth and Appalshop are in time. The nation is focused on the electoral politics of rural America, and in this context, Appalshop's creative output stands as an important counternarrative to popular accounts of Appalachia that might diminish its people and history to destructive stereotypes. In Kentucky, Appalshop deserves fulsome praise for 50 years of preserving the Commonwealth's cultural heritage.”

“Exploring the Legacies of Appalshop Oral History Project” was made possible with additional funding from grants from the Kentucky Oral History Commission and the Appalachian College Association.

Located in Whitesburg, Kentucky, Appalshop’s mission is to enlist the power of education, media, theater, music and other arts to: document, disseminate and revitalize the lasting traditions and contemporary creativity of Appalachia; tell stories challenging stereotypes with Appalachian voices and visions; support communities’ efforts to achieve justice and equity and solve their own problems; celebrate cultural diversity as a positive social value; and participate in regional, national and global dialogue toward these ends.

The Nunn Center for Oral History at UK Libraries' Special Collections Research Center is recognized around the world as a leader and innovator in the collection and preservation of oral histories. The center is home to over 14,000 oral history interviews that provide a unique look into Kentucky and American history and represent an irreplaceable resource for researchers today and generations from now. The Nunn Center’s collections focus on 20th century Kentucky history, Appalachia, Kentucky writers, agriculture, black history, the history of education, politics and public policy, the civil rights movement, veterans, the university, health care, as well as the coal, equine and Kentucky bourbon industries. 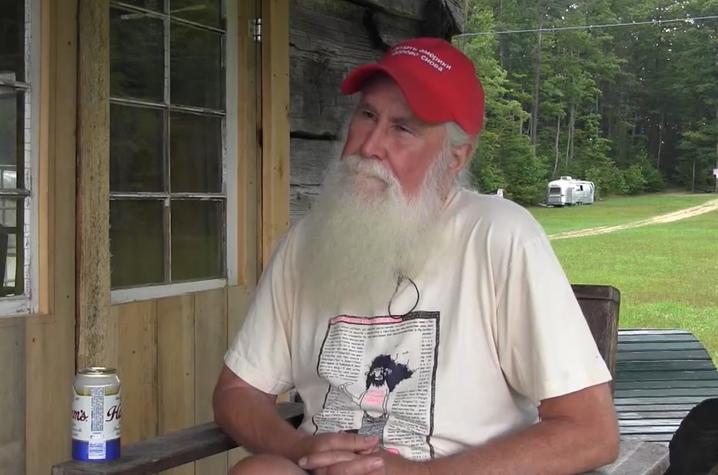 Jim Webb shared his Appalshop story shifting from being a volunteer to becoming WMMT station manager.