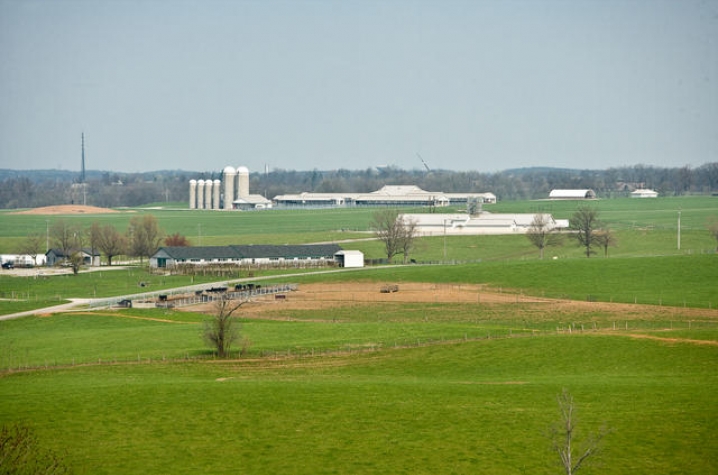 LEXINGTON, Ky. (Dec. 7, 2010) - The University of Kentucky Board of Trustees today approved the naming of the UK College of Agriculture farm in Woodford County as the C. Oran Little Research Center.

Charles Oran Little, a nationally distinguished animal nutrition researcher, served as dean of the College of Agriculture from 1988 through the end of 2000. Early in his administration, he established the replacement of Coldstream Farm and the development of a cutting-edge research and education facility as a high priority. Little led successful efforts to convince decision makers and the public of the need and tremendous opportunity for a new research farm, uniting statewide agricultural leadership in support of this initiative.

When the 1,500-acre site along U.S. Highway 60, formerly known as Pin Oak Farm became available, the Kentucky General Assembly appropriated funding to first acquire the farm property, and soon after, to replace the aging farm structures with modern research buildings.

"This is a fitting tribute to Oran Little and the effective leadership he demonstrated during his tenure as dean," said Scott Smith, current dean of the college who succeeded Little in the position. "During its relatively short history, the research conducted on this farm has enhanced our comprehension of animal physiology while spinning off significant management innovations for producers."

More than a research center, UK's Woodford County farm serves as an invaluable asset for the teaching and extension missions of the College of Agriculture, serving undergraduate and graduate students, as well as farmers from every part of Kentucky.