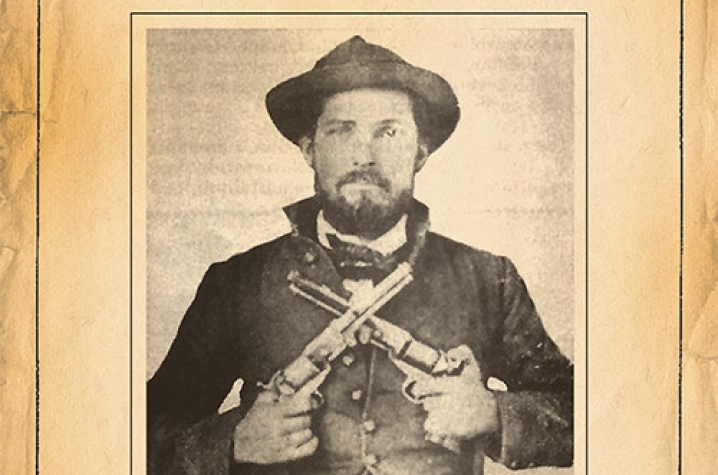 LEXINGTON, Ky. (Oct. 16, 2014) — University Press of Kentucky (UPK) author T.R.C. Hutton has been named recipient of a 2014 Kentucky History Award given by the Kentucky Historical Society (KHS) and the 2014 Appalachian Writers Association’s Book of the Year Award for Nonfiction for his book "Bloody Breathitt: Politics and Violence in the Appalachian South." These awards follow two other honors for "Bloody Breathitt" — winning the 2013 Weatherford Award for Nonfiction and being named a finalist for the Wiley-Silver Prize.

These accolades mark a milestone at the press. “The announcement of these two awards makes 'Bloody Breathitt' the press’ most decorated book in my tenure,” said Director Stephen M. Wrinn.

The Kentucky History Awards recognize outstanding achievements by historians, public history professionals, volunteers, business and civic leaders, communities, and historical organizations throughout the Commonwealth. The KHS encourages organizations, individuals and communities across the state to nominate deserving projects and individuals for their efforts to promote the preservation, awareness and appreciation of state and local history.

The Kentucky History Awards ceremony will be Friday, Nov. 7, at the Old State Capitol in downtown Frankfort, Kentucky. The ceremony is free and open to the public, but reservations are required by Friday, Oct. 31. For more information, visit www.history.ky.gov/historyawards.

In "Bloody Breathitt," T.R.C. Hutton casts a critical eye on Breathitt County, Kentucky, for the first time. From the Reconstruction period until the early 20th century, Breathitt’s 500 square miles of rugged upcountry land was known as “the darkest and bloodiest of all the dark and bloody feud counties.” Hutton carefully investigates instances of individual and mass violence in the county from the Civil War through the Progressive era, exploring links between specific incidents and broader national and regional events. This meticulously researched volume offers the first comprehensive narrative of the violence in this infamous Kentucky county, examining Breathitt’s brutal history and its significance to the state, the South, and the nation.

Hutton is the fourth UPK author in as many years to win a KHS award, joining the 2013 winner James C. Nicholson for "The Kentucky Derby: How the Run for the Roses Became America’s Premier Sporting Event," 2012 winner William E. Ellis for "A History of Education in Kentucky," and 2011 winner Estill Curtis Pennington for "Lessons in Likeness: Portrait Painters in Kentucky and the Ohio River Valley, 1802-1920." The win also marks the second time a UPK title was named winner of the AWA award for nonfiction, joining 2013 winner Helen Matthews for "Helen Matthews Lewis: Living Social Justice in Appalachia."

Hutton is a lecturer in the Department of History at the University of Tennessee.