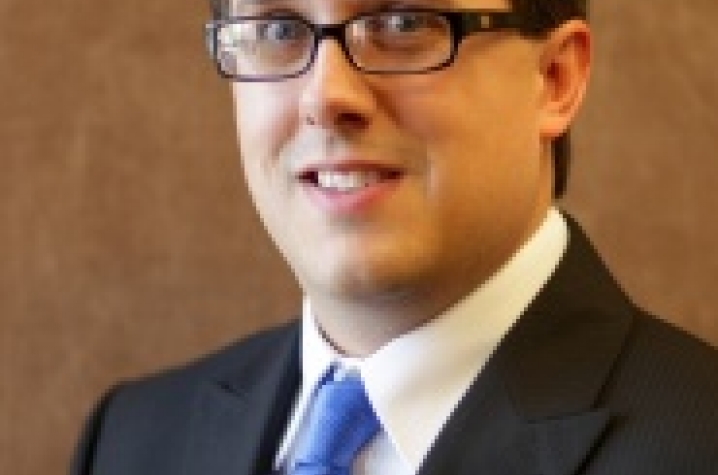 LEXINGTON, Ky. (Nov. 17, 2014) -- Ernie Scott, director of the Kentucky Office of Rural Health (KORH), has received the 2014 Emerging Leader Award from the National Organization of State Offices of Rural Health (NOSORH).  Scott received his award at a ceremony Oct. 28 during the organization’s annual conference in Omaha, Nebraska.

NOSORH serves as an influential voice for rural health concerns and promotes a healthy rural America through state and community leadership. NOSORH leads National Rural Health Day efforts on Nov. 20 to recognize rural communities as wonderful places to live and work in addition to their unique health care needs.

The organization presents its Emerging Leader Award each year to a State Office of Rural Health staff member who has demonstrated new leadership, initiative, involvement and commitment to the mission of NOSORH or State Offices of Rural Health. The recipient may be a new staff member or existing staff member who has newly demonstrated exemplary communication skills, passion or understanding of an issue that enhances education advocacy or partnerships to improve rural health.

He has built partnerships with other health agencies in the state including the Area Health Education Centers, the Primary Care Association, the Hospital Association, and many more to ensure that rural health is given consideration in all statewide initiatives. His passion and dedication to rural health has established him across the state as a true Champion of Rural Health.

At the state level, Scott serves as an ex-officio member of the Kentucky Rural Health Association board of directors.  He has also served as the chair of the membership committee and conference committee, and on the finance committee for the association.  In addition, he serves on the Coordinating Council for the Health Information Exchange.

Scott also served as a member of the 2014 Health Work Group for the Shaping Our Appalachian Region (SOAR) initiative begun by Gov. Steve Beshear and Congressman Hal Rogers.  Recently, Scott has assumed the role of Editor for the statewide rural health magazine, which is slated to begin quarterly publication in January 2015.

“On behalf of the UK Center of Excellence in Rural Health, we are honored to extend our sincere congratulations to Ernie for this well-deserved recognition. The emerging leaders award appropriately reflects his passion for rural health, as well as the depth of knowledge and commitment he has for important healthcare issues in rural communities,” said Fran Feltner, director of the University of Kentucky Center of Excellence in Rural Health.