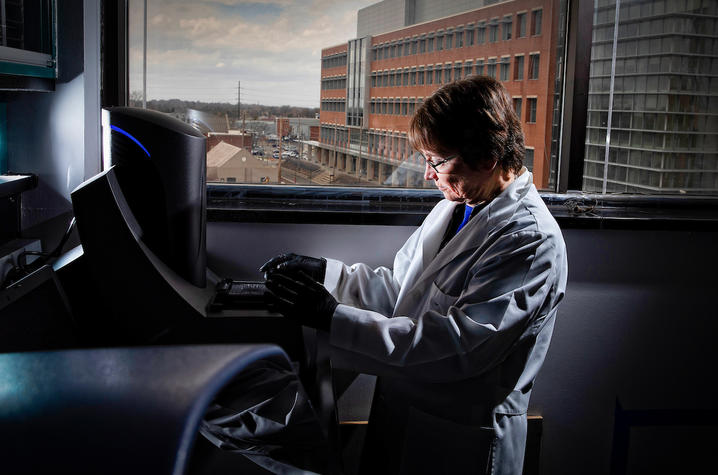 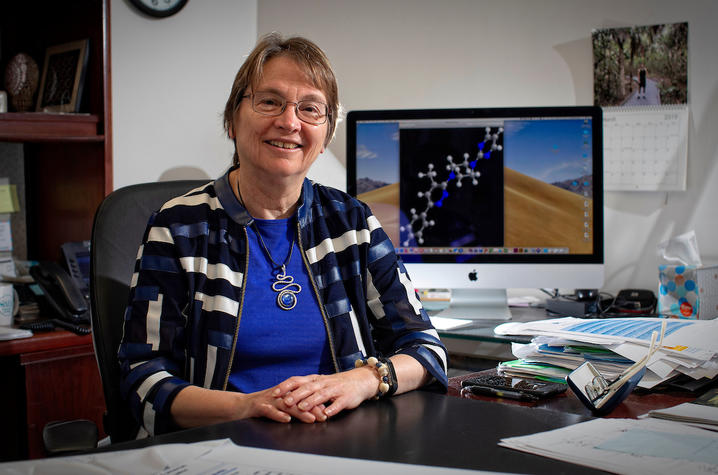 LEXINGTON, Ky. (Oct. 7, 2019) —The University of Kentucky Sanders-Brown Center on Aging has received a five-year, $2.8 million grant to underwrite preclinical efficacy studies of a potential new treatment for dementia.

The drug candidate, called MW150, targets dysregulated brain inflammation driven by a stress-activated protein called p38aMAPK. The research is novel in that it is exploring efficacy in treating more than one form of dementia at the same time.

According to the Alzheimer's Association, Alzheimer's disease accounts for 60 to 80 percent of all dementia cases, but vascular cognitive impairment and dementia (VCID), caused by microscopic bleeding and blood vessel blockage in the brain, is the second most common cause.

"It's extremely rare to see someone with only one type of dementia pathology in the brain," said Linda Van Eldik, director of the Sanders-Brown Center on Aging and the grant's principal investigator. "Alzheimer’s disease and VCID pathology are frequently found together in the brains of older people, but little is known about how these two diseases interact and drive progression of dementia symptoms, though the evidence so far suggests it’s additive."

As chronic neuroinflammation is a common feature seen early in both VCID and Alzheimer’s disease progression, Van Eldik's work will test the idea that excessive inflammation in the brain driven by p38aMAPK worsens dementia symptoms and is therefore a good target for therapeutic intervention.

The study will use novel mouse models and Van Eldik's recently developed drug candidate MW150, which (unlike most other dementia drug candidates) is able to cross the blood-brain barrier, increasing its potential therapeutic impact.

Van Eldik says this study is a key first step to understanding how to someday prevent or treat the growing number of elderly individuals afflicted by dementia with complex co-morbid pathologies.

"Given the urgency of the unmet medical need, particularly here in Kentucky where vascular disease is so prevalent, a new treatment either as a stand-alone therapy or as part of a multi-drug cocktail is a critical tool to fight an illness that threatens to overwhelm patients and their families physically, emotionally and financially," Van Eldik said.