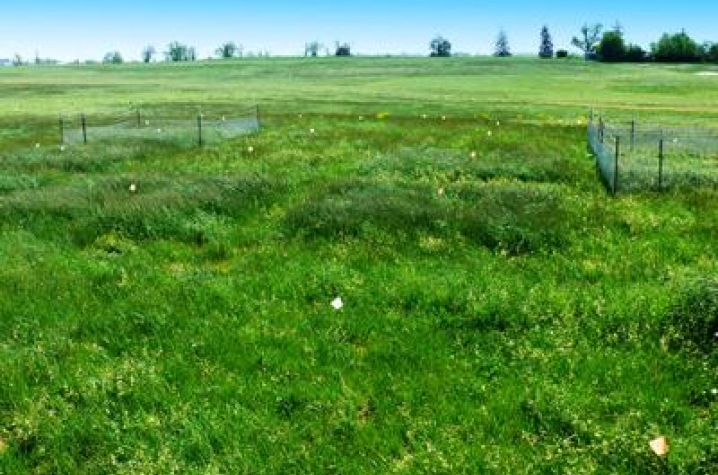 LEXINGTON, Ky. (Sept. 11, 2015) — Even though ecosystems may be located half a world away from each other, sometimes they really aren’t all that different. That’s what an international group of grassland scientists, including one from the University of Kentucky College of Agriculture, Food and Environment, have found to be true about soil microbes living in grasslands and their response to fertilizers.

Soil microbes are critical to maintaining the function of ecosystems and soil health and fertility. The international group, called the Nutrient Network, analyzed microbes’ response to commonly used nitrogen and phosphorus fertilizers at 25 sites on four continents. While soil microbial community composition differed across the sites, all had similar responses to nutrient additions.

“The experimental design was uniform across all sites,” said Rebecca McCulley, grassland agroecologist in the UK Department of Plant and Soil Sciences. “It’s unique to have 25 sites around the world using the exact same research protocol. It provides substantially more depth to evaluate microbial responses to human impacts, such as fertilizer additions, than has been previously possible.”

Using DNA sequencing, the scientists found some microbes decreased in relative abundance with the addition of the nutrients, while bacteria known to prefer nutrient-rich environments increased. The fertilizer additions also decreased the average genome size of some bacteria and changed the abundance of various metabolic functional genes. The fact that a consistent response was observed across the sites illustrates that grassland microbial communities, no matter how similar or different they are to one another, respond similarly to nutrient additions.

“This is important given that microbes contribute to soil fertility, forage production, nutrient retention and greenhouse gas emissions to the atmosphere,” McCulley said. “Understanding their response to fertilizer application is critical to improving the sustainability of agricultural and forage production practices.”

These findings were recently published in the Proceedings of the National Academies of Science.

McCulley contributed two Kentucky sites to the study — one at Spindletop Research Farm in Lexington and the other at Hall’s Prairie, a native tallgrass prairie in Logan County.

The Nutrient Network is a grassroots research effort aimed at addressing human impacts on grass-dominated ecosystems and is housed at the University of Minnesota. It is funded by the National Science Foundation Division of Environmental Biology.