The competition called upon college students to submit 30-second videos to promote the free and confidential Sexual Assault Hotline, 800-656-HOPE, and to increase awareness of sexual assault and active bystanding to help prevent it.

A panel of survivors and victim advocates selected the video “Stand with us” as the overall $500 video prizewinner. Students enrolled in Emily Bonistall Postel’s 400-level sociology course at UK submitted the video, and students Trent Patrick and Raenah Hawkins led the production team.

Postel said the course, titled “Victimology,” addresses sensitive topics and difficult discussions surrounding experiences of victimization and focuses on resources available to victims. After learning about the contest, her students decided to produce the video as a class project.

"The script is based on information they learned in my class; and the script and editing were completed in volunteer time outside of class expectations," Postel said. "Additionally, my students voted unanimously that if we were to win, we would donate the money to one or two organizations that help victims."

The class voted today to give the prize money to the Bluegrass Rape Crisis Center.

Hawkins said while she is happy their video won, the importance of the contest was to bring awareness to a major issue.

Patrick said he is thankful he could work on a project with his classmates that sheds light on the issue of campus sexual assault.

"In writing the script for our video, I wanted to show that we stand together with victims of campus sexual assault, and that we want everyone to join us in standing up for those who may not feel like they can stand up for themselves," Patrick said. "When we are all able to raise our voices and stand together, we raise awareness of the issue and we can further combat it."

“#VoiceofJustice was an opportunity for college students to lend their voices to bringing greater awareness to campus sexual assault, and I am proud of their courage to speak out," Beshear said. "I hope their bravery inspires everyone on campus to intervene and prevent sexual assault, and creates a safer space for victims to contact the rape crisis hotline and report to authorities.”

“The more voices that are raised to bring awareness to the scope of the problem of sexual assault and the lifelong harmful effects it causes to our fellow human beings, the stronger the much-needed support for victims who are doing the hard work of healing there will be,” Recktenwald said.

The video, “We all need to speak up,” produced by Western Kentucky University SGA (Student Government Association) and co-produced by students Sam Kirby and Student Body President Jay Todd Richey, won the $500 “Viral Video” award by receiving the most views on Beshear’s YouTube channel.

The videos are posted on the Office of the Attorney General’s YouTube page and are available for public service announcement usage on Kentucky’s college campuses and by statewide media outlets. 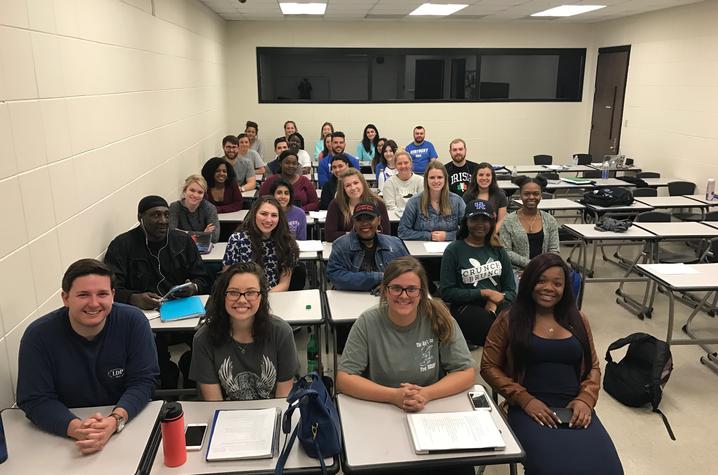