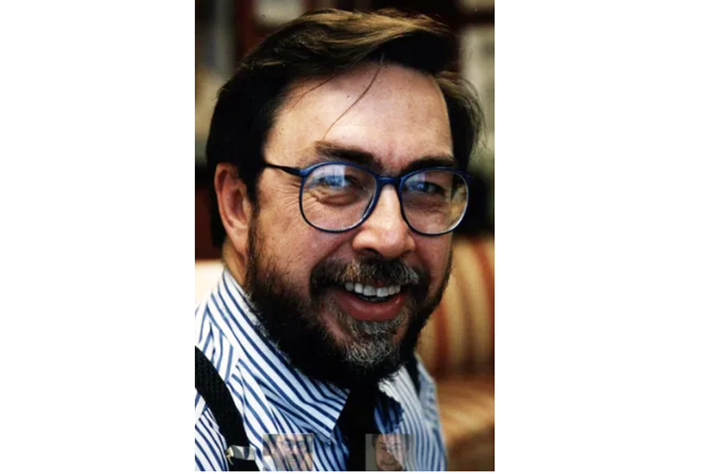 LEXINGTON, Ky. (Sept. 2, 2021) — David V. Hawpe, whose journalism career had major impacts on Kentucky and its largest university, will be remembered by those who worked with him at “Remembering David Hawpe: A Symposium at the University of Kentucky” on Friday, Sept. 17.

Hawpe, who died July 18, was a reporter and editor at the Louisville Courier Journal for almost 40 years. On his watch, the newspaper won four Pulitzer Prizes and was a strong voice for education reform and regulation of the coal industry. After his retirement in 2009, he was a UK trustee for six years.

“We hope this event will pay proper tribute to one of Kentucky’s greatest journalists, and help the university community and the people of Kentucky realize more deeply the essential role that journalism must play in protecting and advancing the public interest, with news coverage that makes a difference in people’s lives,” said Al Cross, director of UK’s Institute for Rural Journalism and Community Issues. Cross is a faculty member of the School of Journalism and Media, which is sponsoring the event scheduled from 1 to 4 p.m. Friday, Sept. 17, at Worsham Cinema in the Bill Gatton Student Center.

UK President Eli Capilouto will join 11 other speakers who worked with Hawpe to help students, faculty and the public appreciate his impact on the state and the university.

“David Hawpe devoted his life to Kentucky,” Capilouto said. “That commitment was particularly evident in his belief that Kentucky needed a strong system of higher education — and a nationally regarded flagship institution — to help our Commonwealth reach its potential. As a trustee at two institutions, Morehead State and UK, and as a passionate advocate for higher-education reform, he was unquestionably one of the strongest and most eloquent advocates for how an affordable, accessible system, with outstanding faculty, could transform the state. His role as a trustee was, in an important sense, an extension of his work as a journalist, someone who saw his role as a protector of the state but also someone who pushed it to be even better.”

The other speakers will be:

All speakers will be part of a concluding roundtable about the current state of journalism, where it may be going and how Hawpe’s career might inform that. Cross, who was C-J political writer under Hawpe, will moderate.

The event is free and open to the public. Parking will be available in the Gatton Student Center lot, next to the center on Avenue of Champions.

Following the symposium, UK College of Communication and Information Dean Jennifer Greer will host a reception in the student center.

All officially recommended public health prevention measures will be observed.

The symposium will be live streamed and can be viewed at https://youtu.be/iP6wJb2vLhk.