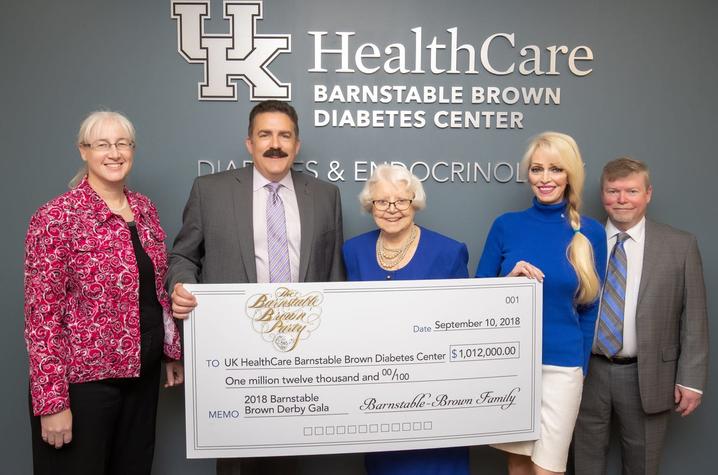 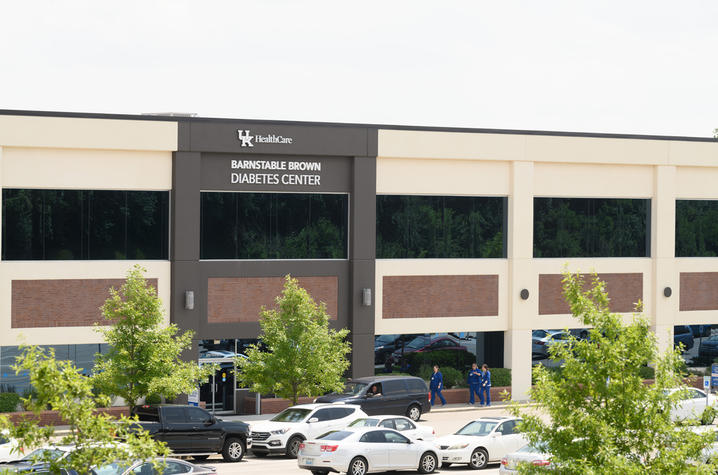 LEXINGTON, Ky. (May 6, 2022) — It is the first week of May, and in Kentucky, that means it's Derby Week. That also means dozens of celebrities are getting ready to flock to Louisville’s Churchill Downs - many of them spending Friday night at the Barnstable Brown Kentucky Derby Eve Gala. The gala benefiting UK HealthCare’s Barnstable Brown Diabetes Center is internationally recognized as the “premier” Kentucky Derby gala and is counted among the “Ten Best Parties in the World” by Condé Nast.

Throughout the past 13 years, the celebrity-packed event has raised and donated approximately $17 million to the Barnstable Brown Diabetes Center to help combat a disease that disproportionally affects Kentucky. The center was established in 2008 by twin sisters Patricia Barnstable Brown and Priscilla Barnstable along with their mother, Wilma. Together, they pledged the initial funding to support the center in memory of Patricia Barnstable Brown’s husband, David, who passed away in 2003 from complications of diabetes.

After a two-year hiatus from the annual derby festivities due to the pandemic, the family is thrilled to once again host the star-studded party at their home in the Highlands neighborhood of Louisville. Celebrities set to attend this year include pop icon Janet Jackson, movie star Orlando Bloom, along with country music stars Jason Aldean, Sam Hunt and Darius Rucker. Former University of Louisville Cardinal and current Baltimore Ravens quarterback Lamar Jackson will also be in attendance.

Director Fisher joins the family in being thrilled that the party with a purpose is back for a 33rd year.

The party not only provides a dazzling event to welcome A-listers to the Bluegrass State but it also brings awareness to the work going on at the Barnstable Brown Diabetes Center. Faithful gala-attendee Joey Fatone – who will be in attendance again this year – picked the center to benefit from his recent appearance on Celebrity Wheel of Fortune. The former member of *NSYNC has said he loves the family bond within the Barnstable Brown charities to help others.

As the region’s leading provider of diabetes care, the Barnstable Brown Diabetes Center serves as a resource for all providers throughout UK HealthCare and the Commonwealth of Kentucky. Whether it is through referrals, answering questions by phone, or additional education opportunities and programs, the Barnstable Brown team is committed to providing various opportunities for learning and collaboration throughout the year.

In Kentucky and in the U.S., diabetes is one of the leading causes of death and disability. Both types 1 and 2 diabetes are associated with complications that threaten quality of life and are the leading cause of adult blindness, end-stage kidney disease, and non-traumatic lower-extremity amputations. But it doesn’t have to be that way, the Barnstable Brown Diabetes Center - thanks to years of generous support - improves the lives of those impacted by diabetes.

“Our vision is to create a world-class, comprehensive diabetes care, research, and training program, that unifies teams of clinicians, researchers, and educators to prevent, treat, and eradicate diabetes and diabetes complications,” said Fisher.

The celebrity guest list was announced earlier this week and includes: