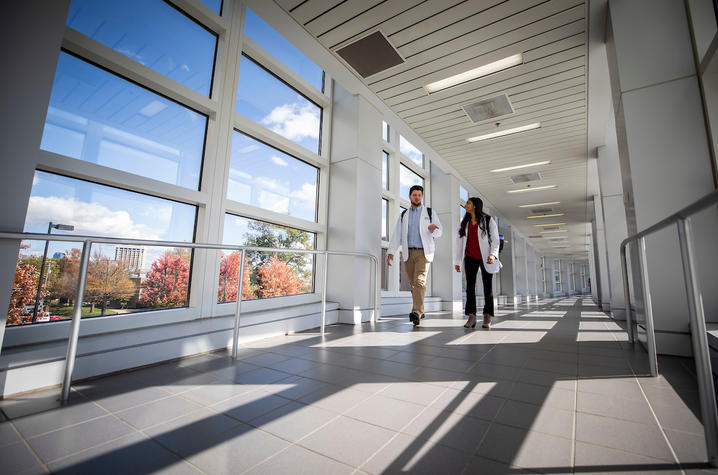 LEXINGTON, Ky. (May 4, 2021) — The design phase for the construction of a new University of Kentucky College of Medicine building was approved Tuesday by the UK Board of Trustees.

As part of the college’s planned growth strategy, a new building will establish a world-class education facility that will become the hub of medical education in Kentucky and beyond, said UK College of Medicine Dean Robert DiPaola.

The project is planned to include approximately 380,000 square feet for classrooms, simulation suites, conference rooms as well as office and support space for the College of Medicine and other health care colleges.

A location on UK’s campus for the new building will be determined and announced in late summer or early fall. Also, at the completion of the design phase, the project will come before the Board of Trustees for approval to move forward with the bidding and construction phases.

Overall enrollment for the 2020-21 UK College of Medicine academic year was 717 including:

“Physician demand is expected to exceed supply exponentially over the next 10 years,” DiPaola said. “And we know the most effective way to increase the number of physicians practicing statewide is to train them. In Kentucky, it is especially dire as the medical needs across the state are among the highest in the nation, particularly in rural areas.”

The demand for admission into the UK medical programs has also increased dramatically from 2,394 in 2019 to 3,792 in this past year for the 201 spots available.

“Increasing the number of practicing physicians is one of the many ways in which the UK College of Medicine is responding to increased health care demands throughout the Commonwealth,” DiPaola said. “Training physicians and other health care professionals to practice statewide in Kentucky is of major importance and to do that effectively, the College of Medicine and other health care colleges at UK need the space available to grow the number of students to meet the needs of the Commonwealth.”