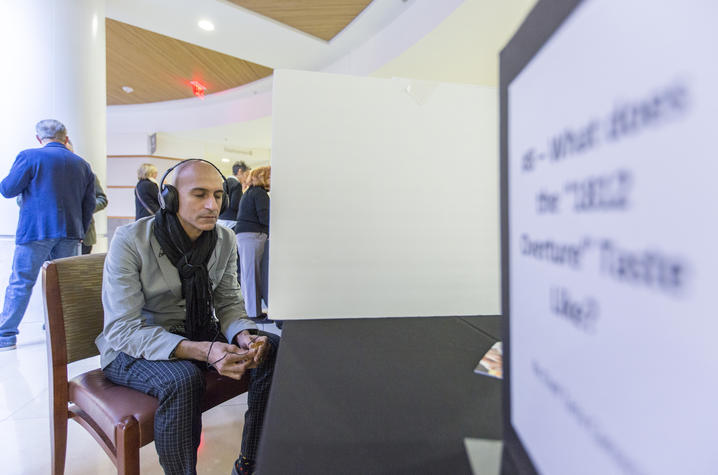 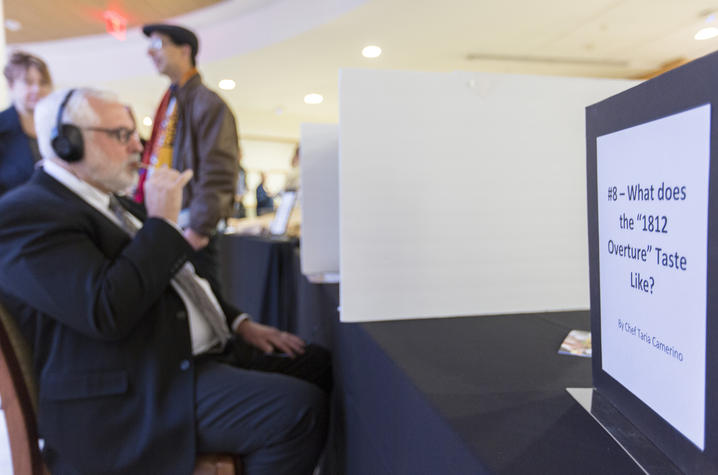 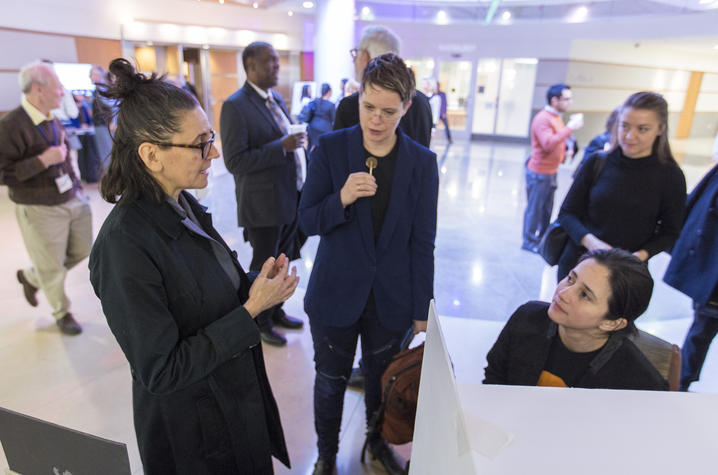 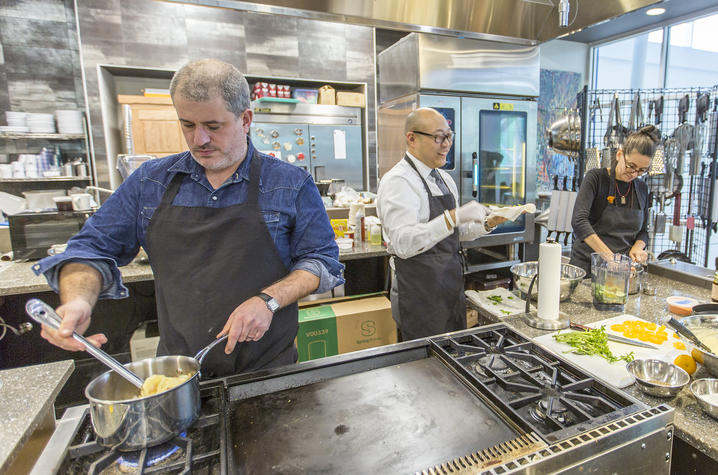 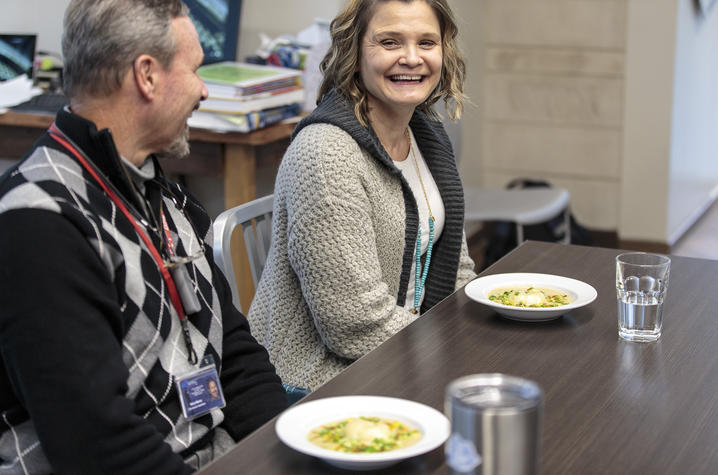 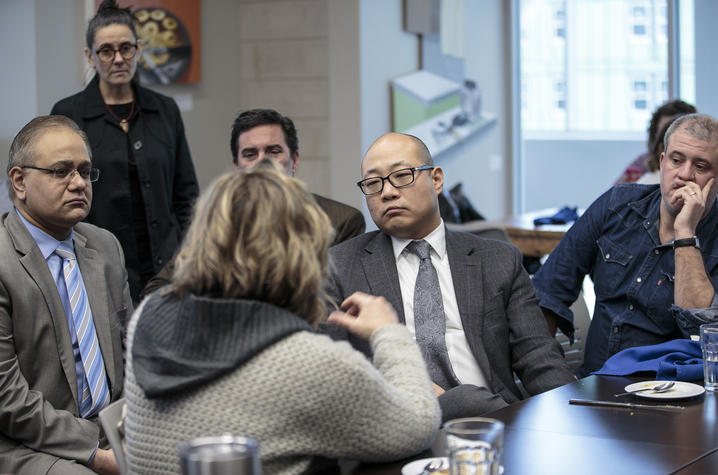 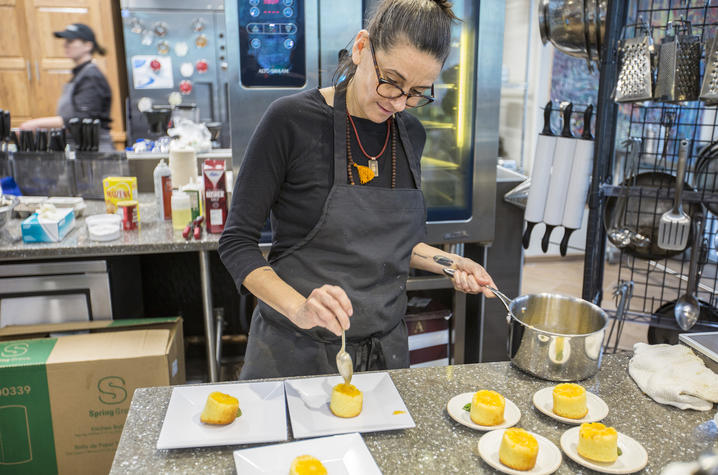 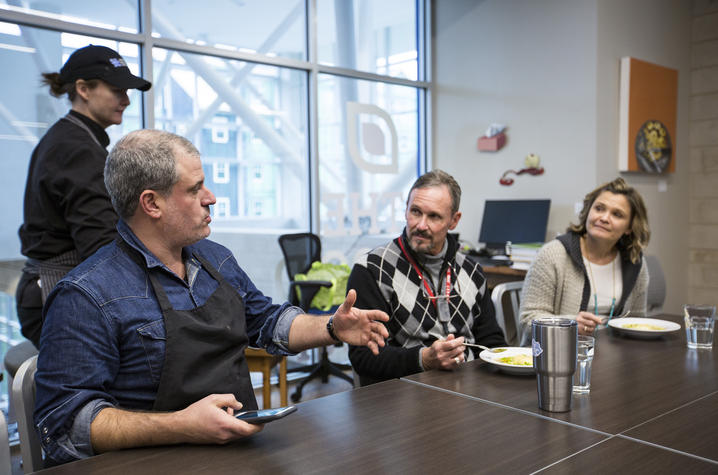 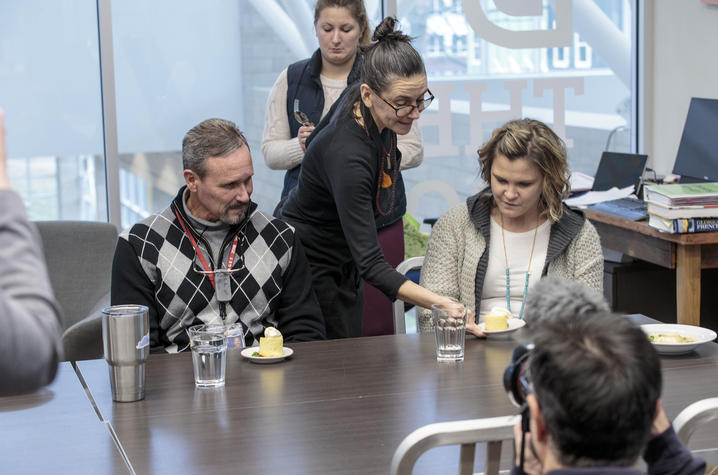 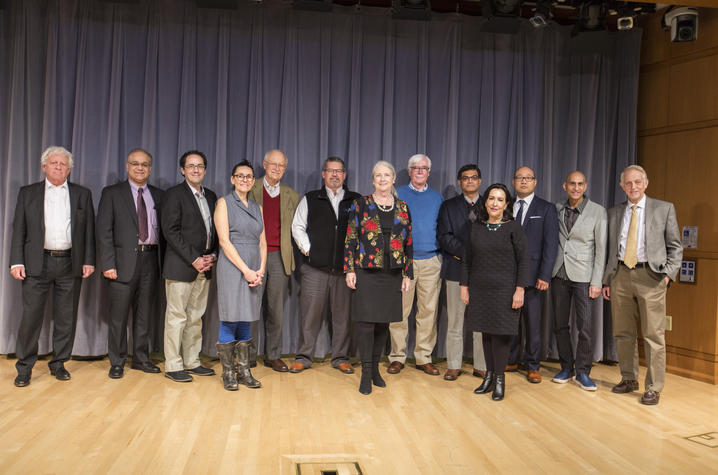 I am working out the flavor for the

I will most likely put it into a lolli

this is an incredible challenge

as it is making me cry while I listen…"

Taria Camerino's poetic email sums up her passion for helping people explore how flavor perception is influenced by more than the tongue.  Her emotion is genuine: as a gastral synesthete, she experiences ALL senses as taste.

"I can't tell you what the color blue tastes like unless I'm looking at something blue," she explains.  But she has a distinct taste for every shade of blue: the oceans on a world map, for example, have a metallic taste "something like car keys."

It's difficult to quantify the prevalence of synesthesia, but as many as one in 5,000 people are synesthetes of some form. Synesthesia is not a disease, but a sort of crossed wiring in the brain where senses are connected and crossed in unexpected ways. For example, when a synesthete hears a sound, he or she might visualize a color or shape instead. In Camerino's case, all her senses — and even a few of her emotions — are experienced as flavors.  Her perception is so exquisitely sensitive that she can "see" the ripeness of a pineapple.

However, Camerino's synesthesia produces deficits in other areas – she has no auditory or visual memory, which means she can't tell you whether she's seen a movie an hour after she's seen it.  That's why, when asked what Russian composer Pyotr Ilyich Tchaikovsky's 1812 Overture tastes like, she hastens to her kitchen – which comprises the entire downstairs of her Atlanta home — with a music player in hand to see how she might "taste" the music.

Camerino describes her flavor perception as not from the tongue, but instead a vibration that starts in her chest and spreads to the top of her head.  She believes that all of us technically "feel" flavor, and is championing the idea that if science could help people connect to the physiological subtleties of flavor perception we might be able to ameliorate taste deficits caused by illness or injury.

"Colors are actually vibrations of light, and sounds are vibrations as well, so it follows that taste could be a type of vibration," she said.

But instead of a handicap, Camerino's synesthesia actually enhanced her career as a world-class chef.  She was tapped to curate the pastry menu at London's Tate Gallery, and was featured on The Travel Channel's "Bizarre Foods with Andrew Zimmern."

Based on her experience and commitment to her cause, Camerino was a presenter at the second annual International Society of Neurogastronomy Symposium, held last week at the University of Kentucky.  She was joined by a glittering roster of presenters from the food and science worlds, including food historian Rachel Laudan, Julie Menella and Gary Beauchamp of the Monell Chemical Senses Center; Columbia University's Stuart Firestein; and Francois Chartier, widely considered the best sommelier in the world. They were joined onstage by a celebrated group of faculty from the University of Kentucky, among them Mark Williams and Kelly Webber, both from the College of Agriculture, Food and Environment, and Mahesh Kudrimoti from the UK Markey Cancer Center, all of whom were gathered to debate and explore how to transform neurogastronomy from concept to clinical science.

The term "neurogastronomy" was coined by Dr. Gordon Shepherd to describe a discipline of the biochemistry of food preparation, the molecular biology of the olfactory receptors, and the knowledge of odor images and the brain flavor system. The concept casts a wide net over several disciplines relevant to what we eat, why we like what we eat, and how we eat.  His life's work was reflected in many of the topics covered at the symposium:

But it was Camerino who stole the show with an unscripted presentation about her synesthesia, her path from "poor white trash" to renowned chef, and her point of view on using flavor to evoke an emotional response.

Hunger was a recurring theme in Camerino's childhood until her mother took a job in the African/Asian language department at the local university. "This environment made more sense to me," said Camerino. "The people were smart, kind, and always had delicious homemade food around."

Then, in 1989, she came across a pastry arts magazine that forever changed her. "I was fascinated with the idea that I could create a one-inch square that would change a person's perspective on life," she said.

Thus began for Camerino an insatiable desire for information about food, including travel to several foreign countries to learn techniques and discover new flavors. Synesthesia is the only way she understands life; in fact, she doesn't think her synesthesia informs her work as a pastry chef, but instead is a sort of comfort.  "This is the only way I can relate to the world, it's my lifeblood."

Symposium participants crowded the microphones to ask Camerino questions: "Do you taste feelings?" (yes – "Fear tastes like blood and metal.") "What did the presidential election taste like?" ("Like bitter, but also like hope, plus something astringent...something chemical…I know!  HAIRSPRAY! Wow…that's really weird!") And, perhaps the most poignant question:  "Can you help me cook for my husband who had radiation?  He can still smell, but he cannot taste, and he's miserable." ("Start having him smell things.  Vanilla, shortbread, lavender.  When he gets to a smell he likes, make something with that.")

During breaks between presentations, attendees could explore one of nine stations that demonstrated how taste involves more than the tongue. One table offered three gelatin cubes – one black flavored with mango, one green flavored with strawberry, and one yellow flavored with fish -– to emphasize how what we see on the plate sets expectations for what we're about to taste.

For her station, Camerino made hundreds of "lollis" – lollipops are her signature confectionery -– for participants to taste while listening to the first two minutes of the 1812 Overture. People came away from her station moved and amazed.

"I tasted bitter, and then sadness, and then something more herbal," said one taster.  "How did she get the lollipop's flavor to swell and subside with the music?" marveled another.

The day culminated with a recap of the Neurogastronomy Challenge, where teams of chefs, neuroscientists and clinicians went head to head to prepare dishes for cancer patients Erika Radhakrishnan and Barry Warner.

"When you are on cancer treatment, your taste and smell are affected, and not in a good way," said Radhakrishnan.  "It's encouraging to see that quality of life for cancer patients is no longer on the back burner."

"This was a very tough decision," said Radhakrishnan as she and Warner announced the Challenge winner.  "The pastry was delightful and unexpected, and the soup had interesting flavor and a soothing texture."

In the end, the judges declared Team Morin's potato soup the winner, but said the true winners were cancer patients.

"I consider my taste loss collateral damage – and I'm OK with that in the grand scheme of things," Warner said.

"But there are a lot of professionals in this kitchen looking for ways to make things better for us, and I really appreciate their enthusiasm."