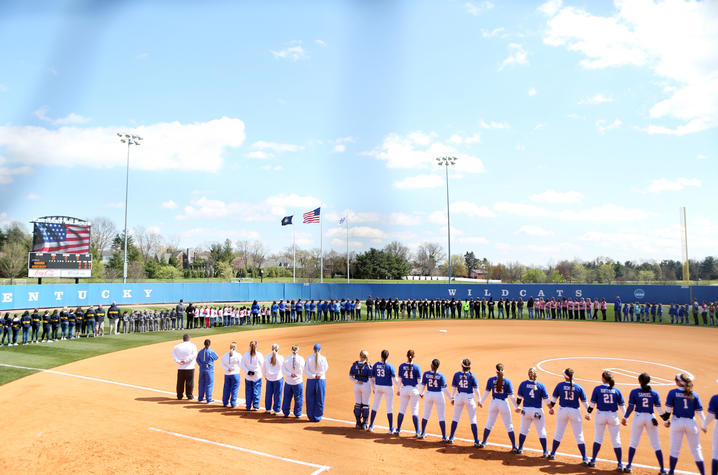 LEXINGTON, Ky. (April 6, 2017) — Hundreds of events around the nation in the coming days and weeks will mark the 30th annual National Student-Athlete Day, including activities sponsored by the University of Kentucky. Gov. Matt Bevin also has issued a proclamation recognizing April 6, 2017, as National Student-Athlete Day in the state of Kentucky. UK Athletics will launch a series of events to mark the occasion:

UK student-athletes, numbering approximately 500 each year, have turned in consistent performances in the classroom in recent years. Challenged by Director of Athletics Mitch Barnhart to achieve a 3.0 department-wide grade-point average, the Wildcats collectively have surpassed that standard for nine consecutive semesters. Improving graduation rates also has been a goal for Barnhart and UK student-athletes have broken or tied the school record for graduation rate every year since the NCAA began charting that statistic in 2005.

National Student-Athlete Day honors student-athletes and the network of parents, coaches, teachers and school systems that make it possible for young people to strike a balance between academic and athletic achievement and who use sport as a vehicle for positive social change. The day, established by the National Consortium for Academics and Sports, is co-sponsored by the NCAA and the National Federation of State High School Associations (NFHS) and Northeastern University's Center for Sport in Society.

More information about National Student-Athlete Day is available at http://ncasports.org/programs/national-student-athlete-day/.